The medieval grand strategy title/kinslaying-simulator has been made free to get for a limited time. There’s also a general sale of all of its DLC. 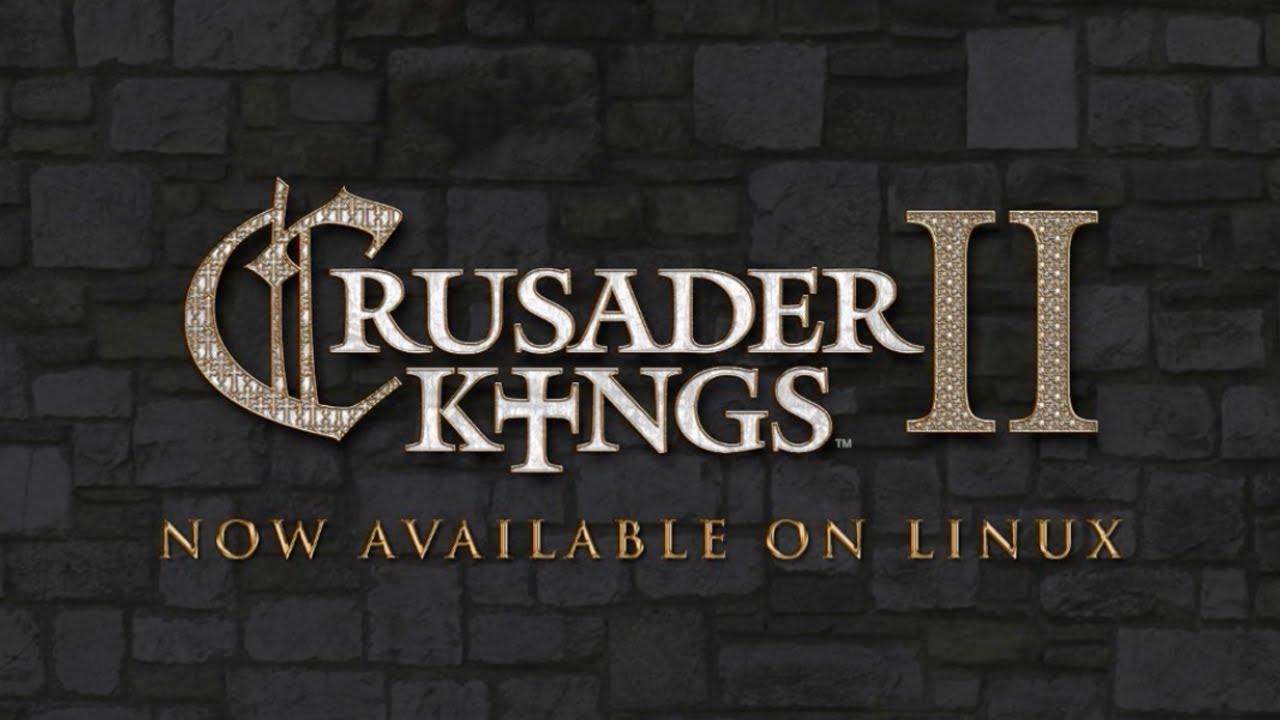 Crusader Kings II is something of an odd egg in Paradox Development Studios’ repetoire of grand strategy titles. It’s character-focused and leans heavily on roleplaying, making painting the map something of a secondary concern compared to making sure your dynasty is well off and the most prestigious. It’s the kind of game that banks heavily on emergent storytelling with interpersonal relationships and individual ambitions being front and center. It's more often more satisfying to settle old scores or to raise your heirs properly than to conquer new lands.

It’s been over six years since the game’s original release and there have been numerous pieces of DLC as well as free content added to the base game. It’s matured into a deep and rewarding experience with an active community and big-name mods like this massive Game of Thrones or CK plus mod. There’s still a rather steep learning curve for the game but I think it’s well worth the reward. This is one of the big releases for Linux way back when that helped me realize that there was no need to keep a Windows partition any longer and that I could get by just buying Linux-exclusive games from there on out. However else I might feel about the quality of some of the DLC the developer has released for the game, I'm grateful that it's a native title I've gotten to enjoy thoroughly over the years.

Up until April 7 the game is free to grab on Steam and to keep forever. There’s also a big sale on all the DLC for the title. They’re all pick and choose for the areas of the map you’re most interested in but as a Byzantophile I’ll readily recommend Legacy of Rome and Sons of Abraham for some of that monotheistic flavor. Of course, if you’re also into godless heathens, The Old Gods makes norse and other pagans playable and so you can raid and pillage in the name of Odin or Perun. You may also wish to check out my review of the last bit of DLC, Jade Dragon, if you're interested in the lands to the east of the map.

Get Crusader Kings II on Steam.

Mountain Man 5 Apr, 2018
View PC info
One of the greatest games ever made. Getting it for free is a hell of a bargain. I envy everyone who doesn't already own it.

View PC info
I already got it in the recent Paradox bundle, so oh well. I imagine a few others did too.
0 Likes

View PC info
Ah, cool. I've looked at this one before a little but decided against it. I guess I didn't look into it that well. You saying that there's some role-playing and conquering lands isn't always where you get your kicks makes it sound unique enough to grab. Thanks for the blurb! Glad I could get this one for free. It's a good move by Paradox because, yes, I will buy some DLC if I end up liking this game a lot. I rarely buy DLC for games but I liked Stellaris so much (90+ hours in four weeks, anyone?) that I gave in with delight.
0 Likes

View PC info
These free give-aways really get things moving. 24-hour peak of 140k concurrent players yesterday, and it's not even the weekend. :O

FireBurn 6 Apr, 2018
View PC info
I get really excited when I see stuff like this, then I realise I've already bought the game and just never played it :'(
1 Likes, Who?

View PC info
Thanks for the heads-up! I've never looked into this before either, as historical wargames are usually not so much my thing (with a few exceptions). However, your description does make it sound interesting!

Quoting: FeistThanks for the heads-up! I've never looked into this before either, as historical wargames are usually not so much my thing (with a few exceptions). However, your description does make it sound interesting!

Mountain Man 6 Apr, 2018
View PC info
Took advantage of the sale to buy the Charlemagne expansion pack. It has been on my wishlist for a long time, I've just never gotten around to buy it.

I think I've bought 90% of this game's content on sale, including the original game which I got for $10 during the launch of Steam for Linux.
0 Likes

View PC info
is there a Linux compatible bigger/better-font mod that does not require linking the steam account to paradox?