By Liam Dawe - 26 October 2015 at 10:41 pm UTC | Views: 12,308
Ashes of the Singularity looks like an awesome RTS game to try, and the developers have confirmed again they want to do Linux, but they are waiting for Vulkan. 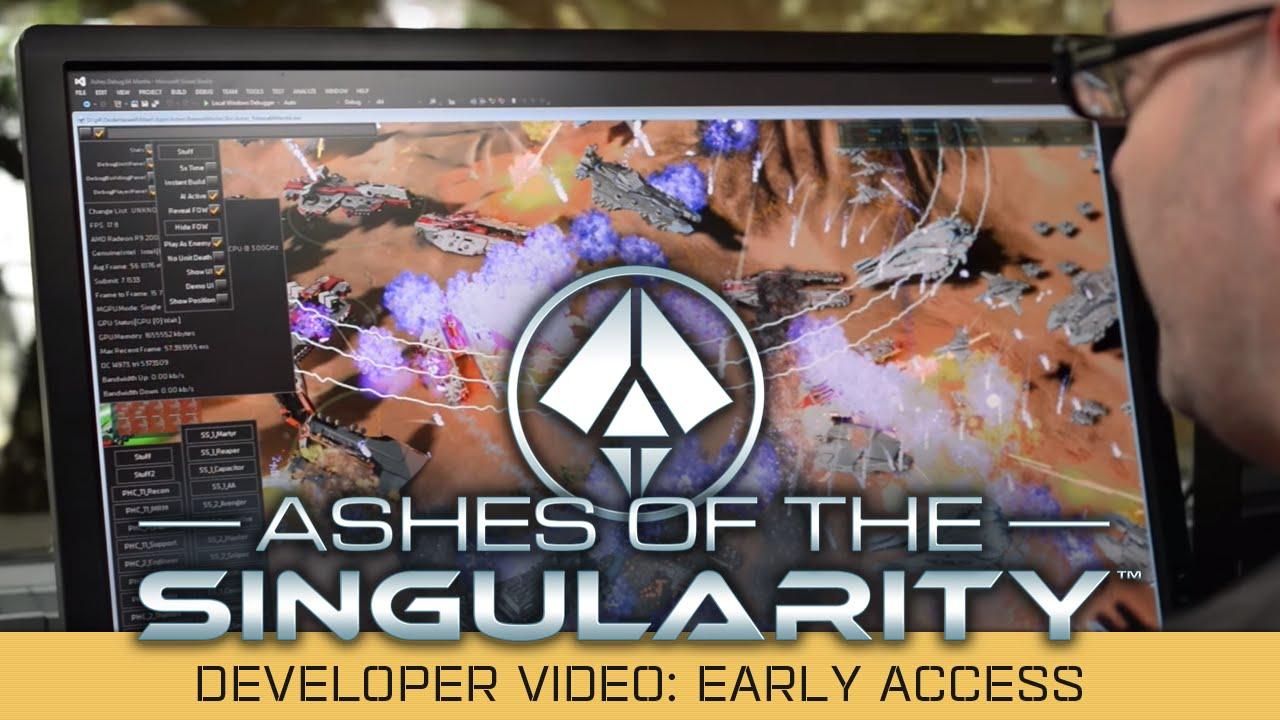 Right from the developer:


QuoteThat's the plan. Via Vulkan. Oxide Games is heavily involved in the group creating Vulkan.

I'm really excited to try it, as I love RTS games on a grand scale like this. Bring it on!

About the game
Take command of the resources of an entire world to build up massive armies, research new technologies and annihilate all those who stand in your way in this new, massive-scale real-time strategy game.

With the unparalleled power of the world's first native 64-bit real-time strategy game engine, Ashes of the Singularity allows for maps of unprecedented size and details.

Over the course of the war, the player will construct thousands of units. These units have details that are normally reserved for games with only a few active units. Huge, kilometer-long Dreadnoughts can have a half dozen turrets, each with their own firing solutions. Smaller units will intelligently target units based on true line of sight physics. That's right, every unit's vision is based on line of sight, instead of radial fog of war.

View PC info
I really like Stardock games. Hearing such a confirmation is relieving.
0 Likes

Quoting: MayeulCI really like Stardock games. Hearing such a confirmation is relieving.

Nyamiou 27 Oct, 2015
Good to see there is already early adopters of Vulkan besides Valve.
3 Likes, Who?

View PC info
I loved Galactic Civ 1 and 2, it was my personal get away after MOO3 bombed. Ashes of the Singularity looks promising.

I was curious to see something from them on Linux ports since they seemed to be hardcore Windows devotees for the longest stretch. I've always thought if Stardock would bring their flare for innovative desktop designs to Linux, they would be much more welcomed.
It's cool that Vulkan seems to be ushering in a new age of Linux games :)
2 Likes, Who?

View PC info
This looks amazing, Finally my StarCraft on SteamOS/Linux thirst will be filled - this demo really appears to capture all the technical aspects that made BroodWar amazing. Unit kinds are not overly complicated - it's like brewing beer out of 4 ingredients - a simple perfection.
0 Likes

Quoting: neowiz73It's cool that Vulkan seems to be ushering in a new age of Linux games :)

I've got doubts that Vulkan will be heavilyy used on PC, so I'm happy for everyone that does.
0 Likes

View PC info
And when will be Vulkan officially released?
0 Likes

Quoting: burnallAnd when will be Vulkan officially released?

The last I've heard is "towards the end of this year". Seems like we're mostly waiting for tools and documentation--the stuff OpenGL has been seriously lacking in--as the spec is mostly "frozen" for release already and relevant members are hard at work on their implementations. But I'm not a Khronos member myself, so this is all hearsay.
0 Likes

ricki42 27 Oct, 2015
View PC info
So since Vulkan isn't out yet but they are involved in creating Vulkan, have they already started porting to Vulkan using what tools are currently available, or will they start after the official release when everything's in place?
0 Likes
1/2»
While you're here, please consider supporting GamingOnLinux on: