The latest immersion pack for the sprawling historical strategy sandbox will give the nations of Iberia new toys to play with and flavor for their vast overseas colonies. 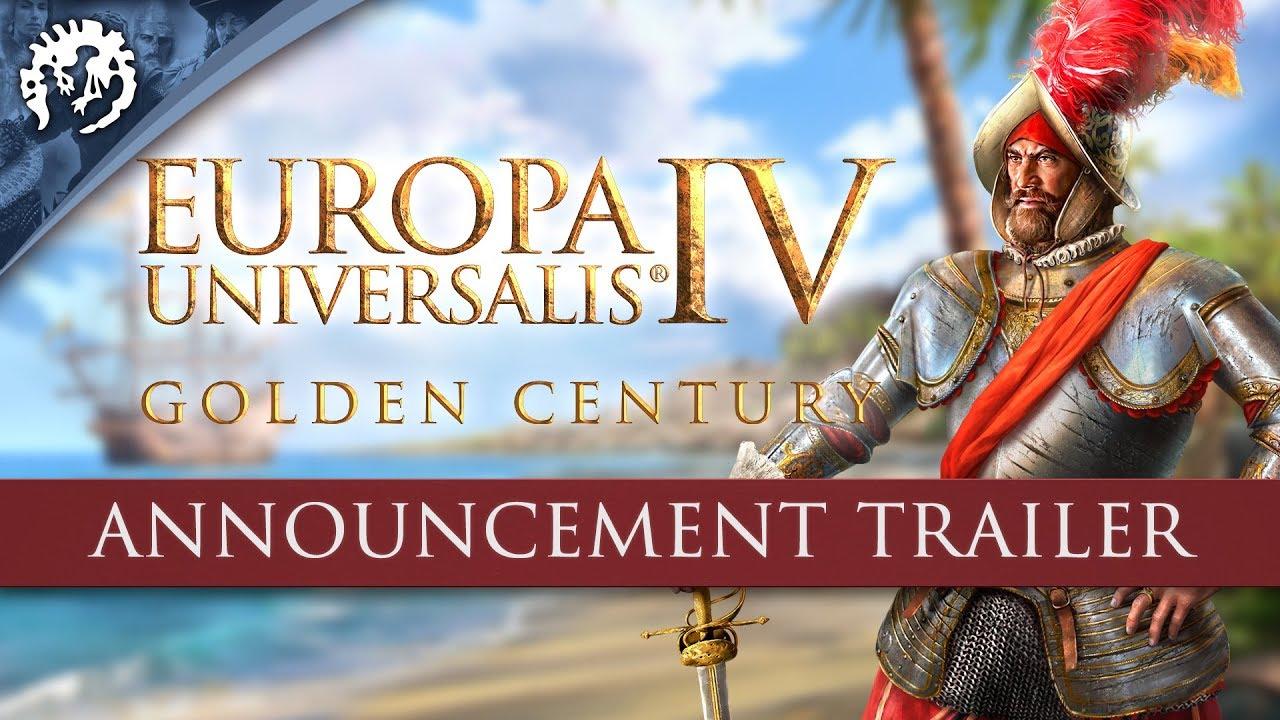 These days, Europa Universalis IV is a rather different beast than it was at launch. Years of free patches, DLC and content have transformed the game into something that has a little of something for everyone. Every time new content is announced, a very vocal part of the community asks if the relatively-neglected Iberian region will get its turn to shine. With Golden Century, it looks like Paradox is seeking to cater to its fans.

The developer diaries for this latest DLC show that the lion’s share of changes will involve the Iberian region and its Muslim neighbors in North Africa. The map has been tweaked and both national ideas and missions have been added to the nations there. Things like new holy orders like the Franciscans and a rework of colonial regions (and the missions of potential breakaway countries like Mexico) have also made it in.

Have a look at the official features listed:

Pirate Republics might seem a little out of place but the vast treasure fleets of Spain and Portugal were juicy targets for privateers and brigands of all sorts. I’m not sure how fun it’ll be to play these new countries but it’s certainly something different to the usual EU fare. The Barbary Coast remained a cause of concern for European powers well into the 19th century so it’s great to see them feature in an expanded capacity in the game.

Those of you looking forward to expand the Spanish Empire (or maybe just declare bankruptcy four times in as many decades) or lead your own pirate nation will be able to do so when Golden Century releases December 11.

You can preorder on Paradox’s Webshop if you’ve got more doubloons than patience. That said, as always, we advise against preordering.

Article taken from GamingOnLinux.com.
Tags: DLC, Steam, Strategy, Upcoming
2 Likes, Who?
We do often include affiliate links to earn us some pennies. We are currently affiliated with GOG, Humble Store and Paradox Interactive. See more here.
About the author - BTRE

Oh and the name doesn't mean anything but coincidentally could be pronounced as "Buttery" which suits me just fine.
See more from me
Some you may have missed, popular articles from the last month:
The comments on this article are closed.
3 comments
mao_dze_dun 21 Nov, 2018
I just realized Dharma is getting completely review bombed. Hint-hint Paradox. 20 bucks for a bare-bones DLC and then a 10 bucks immersion pack 2 months later. Why is it we hate on Ubisoft for games as a service, again?
2 Likes, Who?
DMG 22 Nov, 2018

No, no, no. Enough with EU and Crusader Kings. They could be great games, but most of the time I have to spend outside game, to find solutions on game problems. Game itself does not help with that at all. I better play Total War games than any of these.
0 Likes
Mal 23 Nov, 2018

EU4 is a mature game. It doesn't need overhauls anymore, but there are ample spaces of optimizations when considering individual areas of the world. That's the reason why recent DLCs (not just immersion packs) are heavily area focused. Indeed Dharma sucks if you don't play in India but at the same time you can skip it with no real consequences.

It's worse when they make an area focused DLC and then add a global balance altering mechanic in said DLC like professionalism was in cradle of civilization. When that happens the game has to be balanced for stronger armies, but without the DLC you don't have access to this strength. Remain behind a few "mandatory DLCs" and your game experience deteriorates.

All in all the last ones, Rule Britannia, Dharma and Golden Century are just fine. They are DLC you can happily skip if you don't play that region. For Golden Century I would argue that it's only game changing if you play Portugal.
0 Likes
While you're here, please consider supporting GamingOnLinux on: