Farting on everyone in 'CropDuster Supreme' now available on Linux, it's actually hilarious 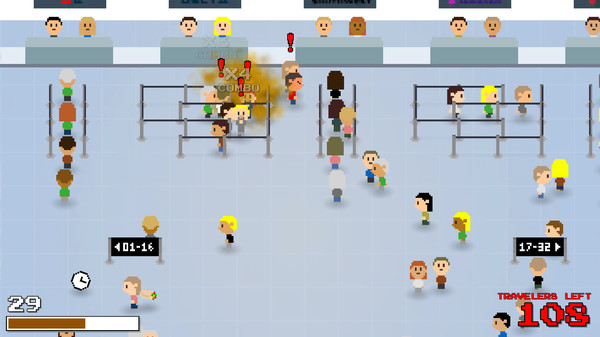 The aim of the game in 'CropDuster Supreme' [Steam] is to fart on people, now you may think this sounds terrible — but it's actually quite amusing! I know, I'm shocked too.

Usually, a game like this, I would probably blast by saying it's terrible and it doesn't deserve to be sold on Steam. Something like that anyway, but wow, this game is actually quite funny (and it costs less than £1).

Even their description in the Early Access box is pure gold:

I'm actually a little sad that it's content complete, as given a few more maps and modes and maybe some co-op and this could have been even more hilarious. Still, it's exactly the type of game you need after a rough night and an annoying morning.

It has stupidly cheery music, which is rather amusing when you mix the cheery music with the horrified screams of my gas-cloud victims.

Go on, treat yourself or someone you love to a game about farts. Article taken from GamingOnLinux.com.
Tags: Early Access, Comedy, Initial Thoughts, Steam
0 Likes
Share

View PC info
Thank you! That one really is nice! Played some levels, I hope I will crush the wedding. And I hope for a sequel.
0 Likes

View PC info
From the looks of it, it reminds me of the game where you're at a party and go around killing people (but are farting on them instead here). The name is escaping me right now...
0 Likes

View PC info
I guess its the name you were looking for was Party Hard? Its not as family-friendly as Crop Duster, though.
0 Likes
While you're here, please consider supporting GamingOnLinux on: