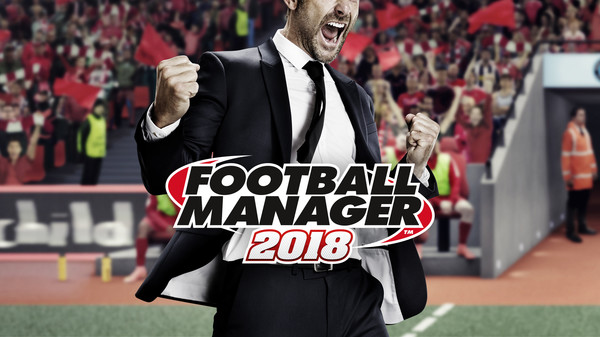 Good news for Football fans, as I have it confirmed to me today that Football Manager 2018 [Steam, Official Site] will launch on November 10th and it will feature day-1 Linux support. That will be the fifth in the series to support Linux, which is a really good sign. It seems SEGA and Sports Interactive have no trouble continuing to support us.

If you do pre-order, you can gain access to a "fully-playable Beta", which can be continued into the full game at the final release.

They will be releasing more details on what's new through September on the official site. Details on exactly what's different are a little light right now, but I expect we will hear more soon.

Will you be grabbing a copy? Article taken from GamingOnLinux.com.
Tags: Sports, Steam
9 Likes , Who?
Share

Finally, FM2018 is officially announced in Germany. It was banned until this year (due to licences IIRC).
0 Likes

View PC info
Nope, I can't stand football & I'm never going to spend money on it, being caught up in a riot at a real football match when I was 9yrs old soured me on the whole football thing.
0 Likes

Quoting: dudeFinally, FM2018 is officially announced in Germany. It was banned until this year (due to licences IIRC).

Which means I can't pre-order it either, obviously, to get that pre-order deal. If it even comes out in Germany at all, that is.

Well, I hate it too, in real life. Hate the culture, hate the rowdy people, hate the game itself, hate the mess of broken beer bottles, barf and police horse crap on bicycle lanes after a game, ...

I do, however, have fond memories of playing Anstoss and especially Anstoss 2 (Gold), football manager sims in the 1990s.

View PC info
Well it must be doing reasonably well on our platform if they are continuing to support it then.
1 Likes, Who?

View PC info
One of the first hugely popular games that started supporting Linux years ago, and a stellar one. That's amazing, so thankful for that :)
0 Likes

View PC info
This must be THE football game being a manager, but who to possibly bring Sensible Soccer Remastered (!) to existence...

Quoting: Perkeleen_VittupääThis must be THE football game being a manager, but who to possibly bring Sensible Soccer Remastered (!) to existence...

Well it is actually Codemasters the British publisher that owns the rights to that one and if you could convince enough people to pester them about it they are fairly pro linux so you never know.
0 Likes

QuoteThat will be the third in the series to support Linux, ...

edo 16 Aug, 2017
View PC info
no, its too expensive and it never gets cheaper since it gets deleted after a year
0 Likes

Quoting: edono, its too expensive and it never gets cheaper since it gets deleted after a year

Football Manager 2017 price is now at -80% OFF, if you think it is still expensive then this game is really not for you.
1 Likes, Who?
1/2»
While you're here, please consider supporting GamingOnLinux on: