Graveyard Keeper is a slightly amusing game that has you manage a medieval graveyard while facing ethical dilemmas and making questionable decisions. It's officially out now with Linux support.

Graveyard Keeper is the most inaccurate medieval cemetery management sim of all time. Build and manage your own graveyard, and expand into other ventures, while finding shortcuts to cut costs. Use all the resources you can find. After all, this is a game about the spirit of capitalism, and doing whatever it takes to build a thriving business. And it’s also a love story. 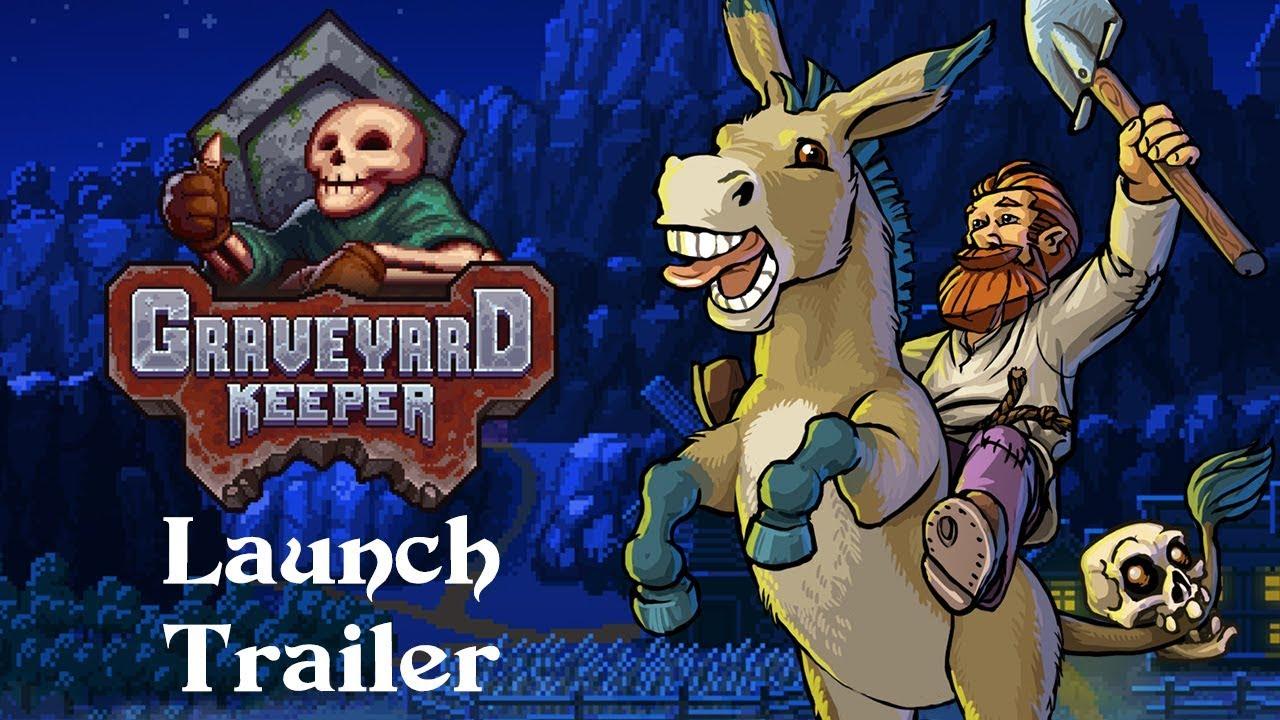 My key was only activated today (provided by the publisher before release), so I haven't had a chance to spend a lot of time with it. Even so, I want to highlight a few issues that I've encountered.

Firstly, the fancy software cursor they use is a little sluggish. You can switch to a hardware cursor (your system cursor) in the settings, but this will make it invisible until you restart the game. There's also some pretty harsh performance drops in certain areas too. Walking through the wheat fields for example on the way to the town, dropped performance hard down to 30FPS and below making it rather sluggish. Even in better areas, it still needs some improvements with a fair bit of micro-stutter.

It advertises full gamepad support, although through Steam and also trying out SC Controller, the Steam Controller wasn't picked up by the game at all. My Logitech F310 was also not picked up, so that's not great. I don't consider that a major blocker, since it plays great with a keyboard—still annoying though.

So far, it seems quite relaxing. I've been able to do quite a lot, even in my relatively short play time. I've managed to learn a number of skills, clear out a lot of junk from around my graveyard and cut up some bodies into tasty meat. I'm currently attempting to get a fake seal of approval for my tasty human meat, to be able to sell it to a local in the nearest town.

It does seem like a fun game, certainly reminds me of Stardew Valley with a more amusing (and slightly gross) setting. So if Stardew Valley wasn't your cup for being to sweet, this just might be what you're after.

You can grab it from Humble Store and Steam. It's also on GOG, but once again GOG doesn't have the Linux build at release.

View PC info
Just bought it a minute before you released the posting based on your last posting. :-)

If tux give bux.
0 Likes

View PC info
By the way, I had a 25% off coupon for this game on steam. Any idea where it came from? How can I find out?

I had it, too. I would guess I had it due to owning Punch Club maybe?!

I can't confirm the cursor issue and the performance issue on my ArchLinux systems with Intel GPU and Nvidia GPU. Might be a driver/version issue?
0 Likes

I had the same.. maybe if you wishlisted it?
0 Likes

View PC info
Wishlisted it, though I'll probably get Stardew Valley first. I also typically prefer to play with a controller so I hope its controller support issues get patched.

I had the same.. maybe if you wishlisted it?

Nope. I had it wishlisted for a long time, but no coupon. So most likely you own something else from them.
0 Likes

View PC info
The Mac is also missing from GOG, I hope the Linux version makes it there too as I like these pixelated management sims.
0 Likes

Same here! I do not have any game from the dev but I have one from the editor (The Final Station) so it should came from here I think! :)
0 Likes

View PC info
Hmm, the gameplay video looks a lot like Stardew Valley – with the same fishing mechanics, similar dungeon crawling, and even farming on your land – but with corpses, cemetery-related skills, and witch-burning instead of countryside festivals.

Do they have / plan any form of multiplayer (Stardew Valley coop is quite fun, when you can share your farming, fishing and adventuring duties with somebody else)?

Anyway, it looks cool, probably gonna buy it, but I too would rather see working gamepad support.
0 Likes
1/3»
While you're here, please consider supporting GamingOnLinux on: