Hearts of Iron IV: Together for Victory is now available with lots of new goodies 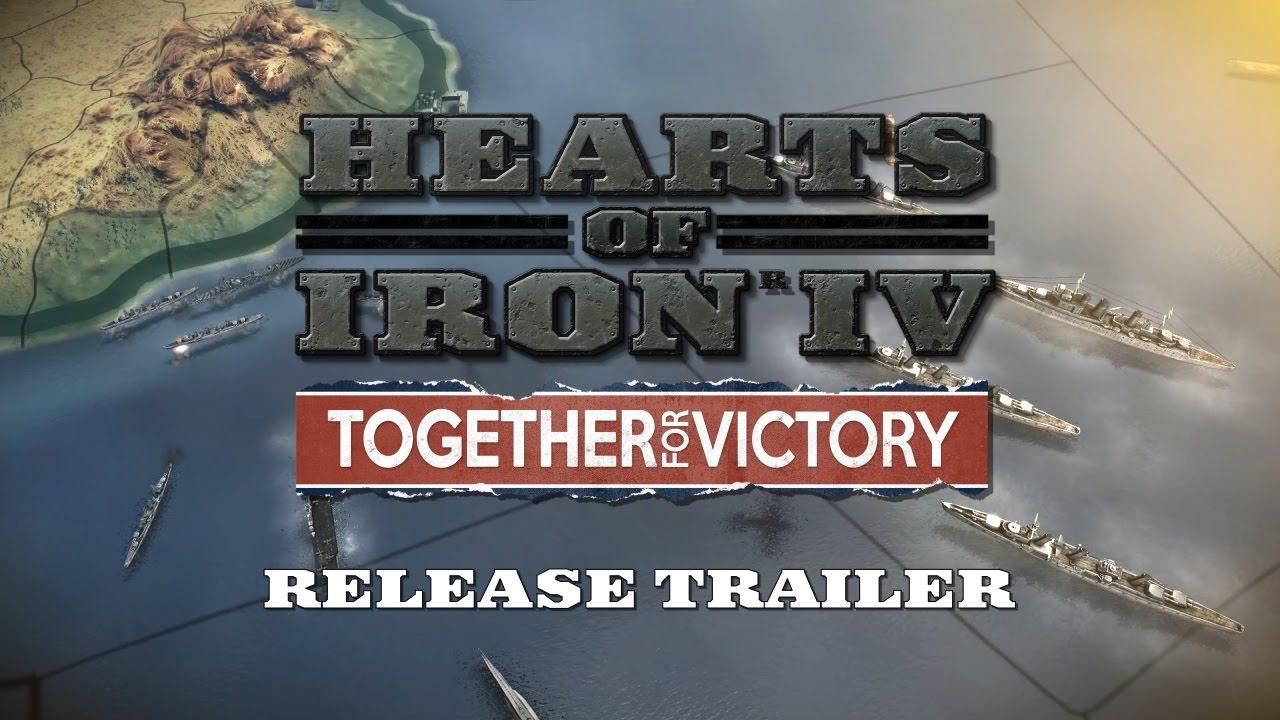 I still need to put a lot more time into it before I decide how I feel about the game itself, sometime soon I will have some thoughts up on it all. It's a real time sucker, so I've been needing to set aside some time to learn it properly.

This DLC also landed alongside a big patch, as per usual for Paradox. The patch notes are available here.

About the expansion
Join the Dominions as they step up to the challenge of defending the motherland for King and Country in Together for Victory, the first major expansion for Hearts of Iron IV, the critically acclaimed strategy wargame from Paradox Development Studio. This expansion puts the focus on British Commonwealth nations, deepening the experience of playing these outposts of the English language.

Features List
- New national focus trees and events for Canada, Australia, New Zealand, The Raj (India) and South Africa
- Alternate historical path for each of the Dominions, with options to stay loyal to Great Britain, or forge a new, more independent destiny
- New autonomy system giving subject states degrees of independence from a foreign master
- Changes to Lend-Lease allow you to ask your allies to send you desperately needed equipment
- A Spearhead battleplan command allowing more control over grand encirclements and punching through enemy lines
- Technology sharing will allow Commonwealth nations to quickly catch up with British assistance
- and Battle log Learn by past victories or defeats. Giving you history over recent battles. and statistics on equipment losses, you can see exactly how your troops are performing. Article taken from GamingOnLinux.com.
Tags: DLC, Steam, Strategy | Apps: Hearts of Iron IV, Hearts of Iron IV: Together for Victory
2 Likes
Share

I am the owner of GamingOnLinux. After discovering Linux back in the days of Mandrake in 2003, I constantly came back to check on the progress of Linux until Ubuntu appeared on the scene and it helped me to really love it. You can reach me easily by emailing GamingOnLinux directly.
See more from me
Some you may have missed, popular articles from the last month:
The comments on this article are closed.
3 comments
Purple Library Guy 15 Dec, 2016
So in theory, could I use Canada to take over the USA in this game?
0 Likes

Quoting: Purple Library GuySo in theory, could I use Canada to take over the USA in this game?

When the Winter Sale comes, you are mine
0 Likes

View PC info
Canada was poorly represented in the game so far. Glad to see this DLC. Bought! :)
0 Likes
While you're here, please consider supporting GamingOnLinux on: