Can someone please wake me up, this has to be a dream with all the news we are getting. Sudden Strike 4 has been announced by Kalypso Media and it will come with Linux support. 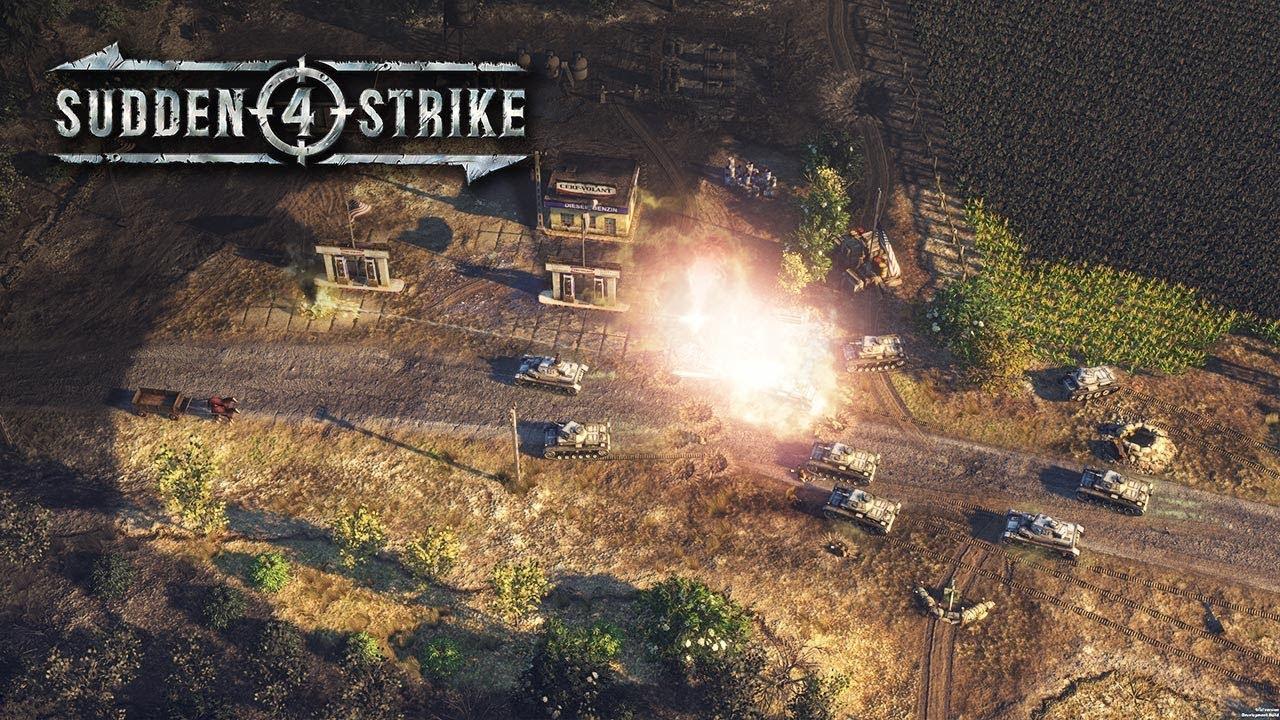 YouTube videos require cookies, you must accept their cookies to view. View cookie preferences.
Accept Cookies & Show   Direct Link
It is due in Spring 2017, so we have a while to wait but damn that's exciting. It looks like it will be visually impressive too so that has me even more excited.

Kalypso Media sure are becoming Linux friendly aren't they!

Sudden Strike 4 sends you off on three extensive campaigns set amongst the battlefields of World War II.

Commanding the Allied, German or Soviet troops, you will lead over 100 different units into battle; like the German bomber Heinkel He111, the Russian T-34 tank, the British Hawker Typhoon fighter plane and the notorious German Panzerkampfwagen VI "Tiger".

QuoteIn a first for the Sudden Strike series, you can now choose from one of nine individual commanders, such as George Patton or Bernard Montgomery, who will each allow for different approaches to combat and boast unique abilities.

Features
- Sudden Strike 4 offers realistic real-time strategy gameplay with tactical depth and a historical setting
- Three campaigns with over 20 missions to test your tactical skills and determining the outcome of significant WWII battles
- As one of nine commanders, lead your army on the battlegrounds of the biggest military conflict in history
- Command more than 100 authentic units – including the Königstiger tank, the Katyusha rocket launcher and the Hawker Typhoon fighter plane
- Pit yourself against other commanders in the competitive multiplayer mode
- The PC version features modding support with Steam Workshop integration

It is already up on Steam ready to pre-order with that beautiful SteamOS logo.
Article taken from GamingOnLinux.com.
Tags: Steam, Strategy, Upcoming
0 Likes
We do often include affiliate links to earn us some pennies. We are currently affiliated with GOG, Humble Store and Paradox Interactive. See more information here.
About the author - Liam Dawe

View PC info
Not sure it would be wise to pre-order when the linux specs are still TBD
Looks awesome tho!
0 Likes

Well, those settings are pretty challanging for my old rig. Especially the graphics card

Well, those settings are pretty challanging for my old rig. Especially the graphics card

I know the feeling!

Still looks cool though. I'll have to watch out for this one. It's been a long time since I've played an RTS with really nice graphics... even if I'll have to run it at the minimum quality settings.
0 Likes

Looks cool, but I'm still disappointed in Kalypso for their botched multiplayer of Tropico 5. Granted it was the first time multiplayer was introduced into the series, they didn't seem to put a whole lot of effort into making it actually work. To this day, I don't believe I've played a full multiplayer game in Tropico 5 without the clients going out of sync. Everyone ends up in their own different single player map started by human players.
0 Likes

SirKatarNot sure it would be wise to pre-order when the linux specs are still TBD
Looks awesome tho!

View PC info
I played Sudden strike 2 ages ago and I loved it!

But what bothers me:
The graphics "recommendation" is ridiculous, sometimes one could think that advancement in the technology of graphic cards is just that new games can be less optimized...

Awesome looking games come out every year, now it feels quite strange that similar good looking games from now and from two/three years ago have a huge difference in the hardware "recommendation".

Oh, well, your GTX 960 is now just a mid(/low end) tier piece from ages ago, you can set your settings to "medium" if you experience performance issues, well maybe lower the resolution a bit too...
Yeah that's what I want... -.-
2 Likes, Who?

View PC info
I don't see what people are getting up in arms about, those are the recommended specs. As in what would take to run it around max level.

There's far more games out there saying they need a lower card yet perform like crap on them, we are just used to games claiming they need low cards for a "recommended" spec.

They will probably change near release too, it's common for games to list weird specifications way before release. Even if they don't change, by the time the game comes out the 980 will be like three years old.
1 Likes, Who?

I'm going to skip this one because I own way too many similar games that I still have to play, but surely I'll check this out in the future (aka discounted)