Announced on Twitter, where they also replied to our question to confirm Linux at day-1. We obviously knew it was already coming to Linux, but knowing it's for sure at the same time as other platforms is indeed great news.

It will cost $19.99 at release and they've confirmed it will support English, French, Spanish, Italian, German, and Polish with more languages to come. They've said it will not be an Early Access title, but development is still ongoing so it's likely to get some bigger updates after release. Also, so far only Steam (and the Beamdog Client obviously) has been mentioned, GOG has not been.

I actually have pre-release access through the Beamdog Client and I can confirm it runs quite nicely, here's two random shots of it running: 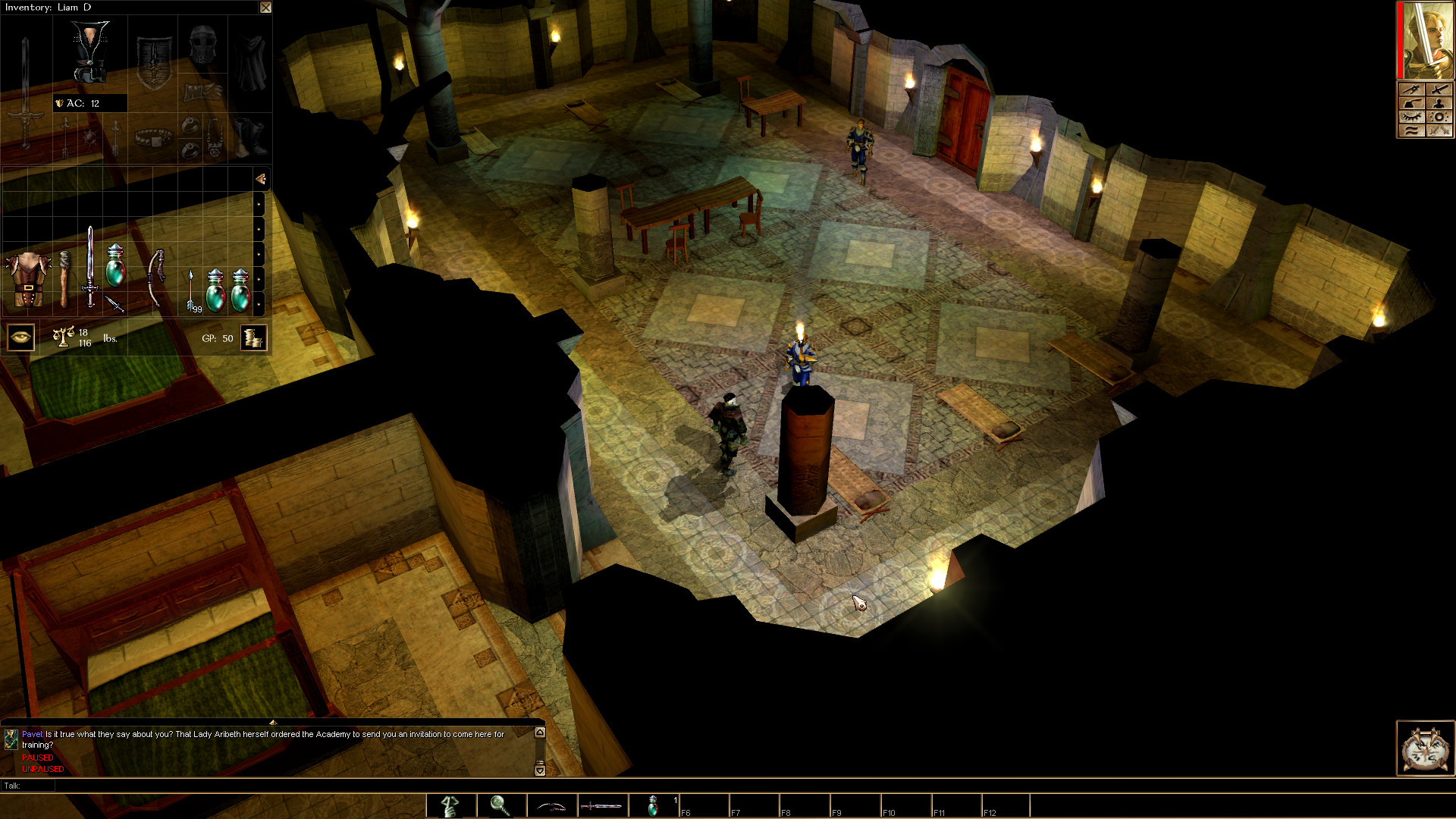 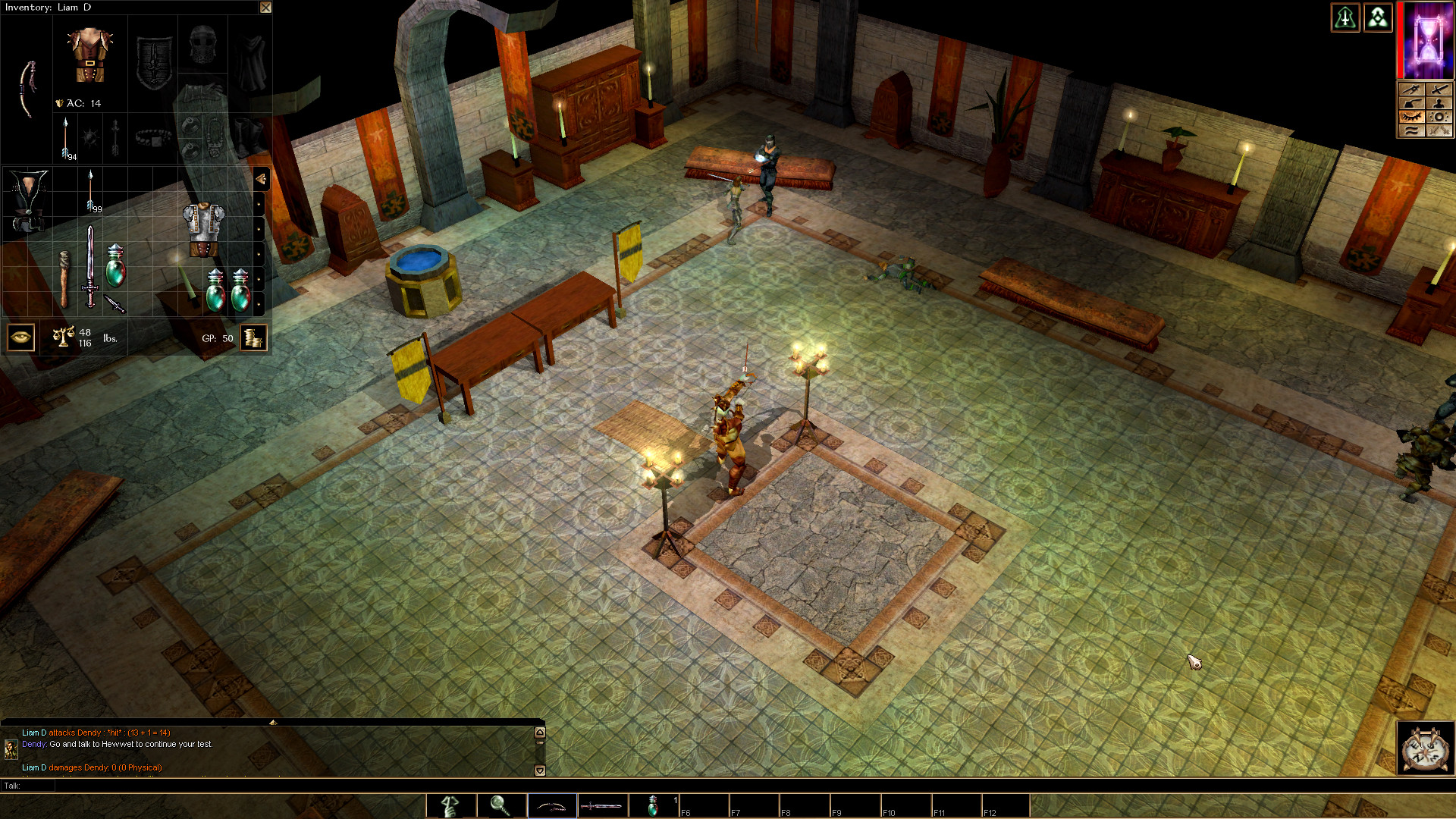 One issue I have come across in the Linux client, is the cursor vanishing in the Video Options menu (which I've been told is already fixed in a newer build). There's also some audio issues, like the audio for torches and other items suddenly popping in at max volume at a certain zoom level and then totally vanishing at another—instead of it fading based on camera distance.

Although I haven't yet had an extensive amount of testing time, but it seems smooth in terms of overall performance.

Here's what's going to be updated:

It also includes all content from Neverwinter Nights Diamond Edition.

Will you be grabbing a copy?

View PC info
That is excellent. lol, I've had the original diamond version for many years and have barely played it all.
3 Likes, Who?

View PC info
Will be picking this up on release day. Can't wait!
1 Likes, Who?

View PC info
Maybe this will change later, but this is my most anticipated game this year. I will buy on release day!
4 Likes, Who?

I too will buy it release date. Thanks for the Linux support!
2 Likes, Who?

View PC info
As far as I know they aren't going to port the toolset, so that's a MAJOR bummer for me. I might still get it, but I am torn right now. The toolset IS NWN. The actual game is not all that good, really. What made NWN great was the ability to make your own games.

Edit: Yes, we will NOT get the toolset. As in 100% not. It's marked as "Windows only" on the official site.

Quoting: KimyrielleAs far as I know they aren't going to port the toolset, so that's a MAJOR bummer for me. I might still get it, but I am torn right now. The toolset IS NWN. The actual game is not all that good, really. What made NWN great was the ability to make your own games.

Edit: Yes, we will NOT get the toolset. As in 100% not. It's marked as "Windows only" on the official site.

So I was reading up on that and in the threads they said that initially for sure it'd be Windows Only. That they literally would have to re-write the entire toolset. Seemed I had found a different thread that seemed like they know we want a port, and they might consider doing one later. But this one seems like they just know about the request: https://forums.beamdog.com/discussion/66930/linux-version-of-the-toolset
3 Likes, Who?

Mountain Man 10 Mar, 2018
View PC info
No native editor for Linux makes this a hard sell, because that's the whole point behind Neverwinter Nights. In fact, it was BioWare's original intent to sell just the toolset and rely 100% on the community to create the content. They changed this plan at the last minute and threw together the single player campaign because they feared nobody would buy the game otherwise, which is why the campaign is so lackluster, but it at least served the purpose of showing what was possible with the toolset since BioWare used the toolset exclusively to create it.
2 Likes, Who?

View PC info
Haven't played NWN since the original, all those years ago. This sounds like a wonderful time to go back.
1 Likes, Who?