Oxenfree is a clever, narrative driven supernatural thriller you should check out, my review

By Liam Dawe - 29 March 2017 at 1:53 pm UTC | Views: 5,007
I finally set aside some time to play the supernatural thriller Oxenfree [Steam, GOG,
Official Site] and it's surprisingly good. It's a narrative-driven game, so each choice you make changes the conversations and the flow of the game. 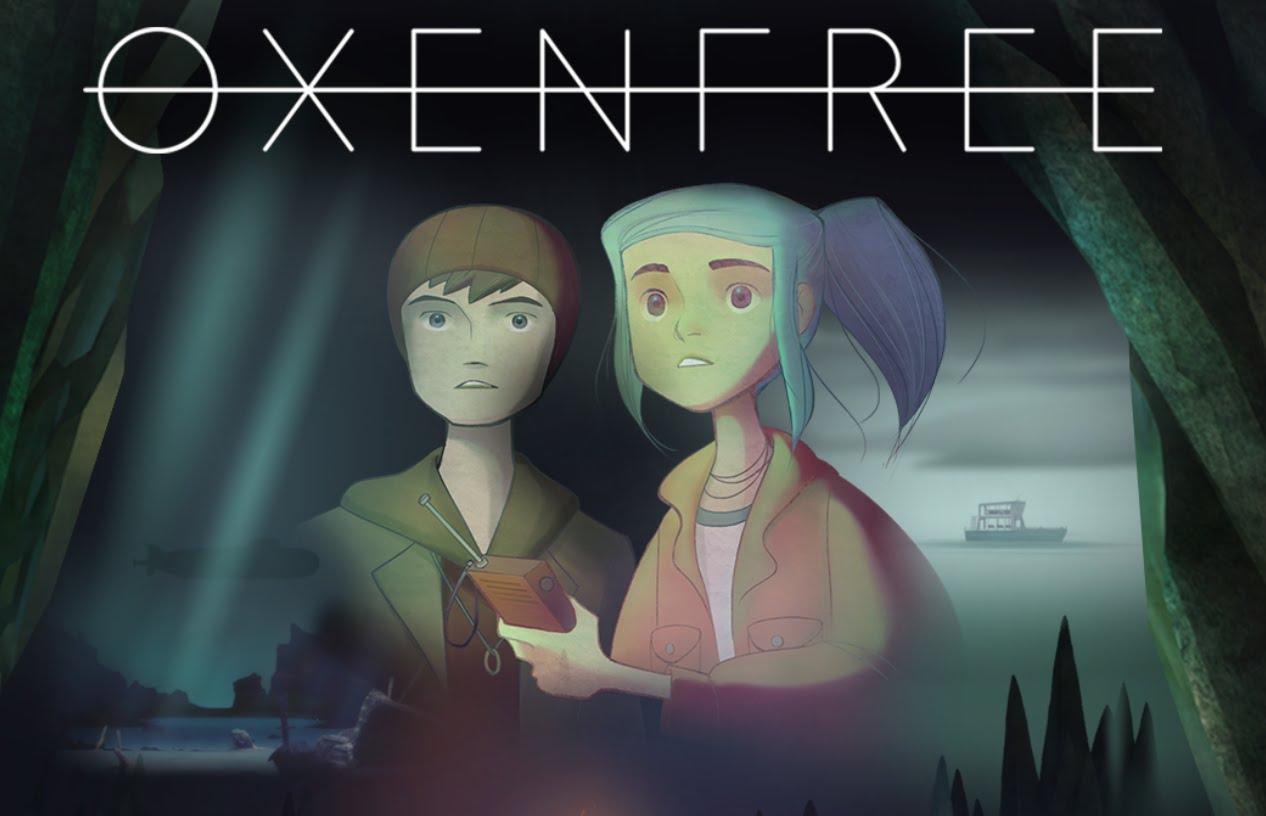 YouTube videos require cookies, you must accept their cookies to view. View cookie preferences.
Accept Cookies & Show   Direct Link
It's similar in style to a lot of movie thrillers with it starting off with a bunch of teenagers going to have a party, but things quickly turn sour once you do some exploration. You seem to have opened up some kind of rift, but who exactly is on the other side and what do they want? I do love a good ghost story and it's one I will try not to spoil with my thoughts here.

I was very surprised by how thick an atmosphere it has once you really get into the swing of it. Considering it has a zoomed-out side-on view I was curious to see how the horror aspects of it would work, but thanks to the fantastic audio and really great art it was actually able to make my heart jump a few times. It's not an overly scary game, far from it, but it keeps your curiosity and plays to the supernatural thriller theme very well.

It has full gamepad support and I do recommend using one, as it gives the game a much better feel. I tested with keyboard and the Steam Controller, with the gamepad being much nicer overall.

One of the big hooks of the game is the conversation system, as the game is chatter heavy and you usually have a choice of multiple answers to everything. There's not always a clear-cut distinction between good or bad answers, but more along the lines of choosing based on how you personally feel. The longer you stick around in an area and talk, the more back story you can learn and the more you will get to know each character.

The game does have an issue with pacing though, with it being too slow in multiple places. There was a few times I just wanted to get out and explore and progress through the game, but I had to wait for conversations to finish to get the option to continue. I get that it's a narrative-heavy game, but forcing a player to wait so much did get of my nerves at times.

Some of the dialogue is funny, like a character who decides to eat some hash-brownies claiming he "miss-measured the magic" as he sits down — that did make me chuckle. The dialogue is mostly believable, but sometimes they end up sounding too scripted and much older than they are, but the voice acting is very good.

One part of the dialogue stuck out as a forced attempt to be socially/politically correct though. At one point you tell a friend to "keep it in their pants" to which they jokingly reply "no promises", which is quickly followed up by something like "wait, that sounds like I was going to force myself on her". Considering you're playing as teenagers who drink, take drugs and do plenty they're not supposed to, it stuck out like a sore thumb in attempt to dial it down. It's another case of grown adults trying to do teenage dialogue, but ending up sounding too adult.

Another issue is the save points when you quit, you don't get manual saves, but some form of checkpoint saves per-location. This has caused me to repeatedly need to go through a while of speech before getting where I want to again.

Bugs
I did notice one issue with the graphics, where background tiles weren't always connected up properly leaving a small black line between them, luckily it's pretty hard to notice.

One bit that I did notice rather badly, was my character dropping a beer can to climb over a fence, but afterwards they were still acting as if the drink was in their hand until they eventually put down the invisible can.

Minor issues and some slow pacing aside, it's a great game to sit back and relax with. It's a game of exploration, mystery and a fair amount of walking. The branching dialogue options make for a rather interesting experience usually found in the likes of Life is Strange and it was very well done overall. If you like your ghost experiences, give it a go! Article taken from GamingOnLinux.com.
Tags: Adventure, GOG, Indie Game, Review, Steam | Apps: Oxenfree
5 Likes , Who?
Share

View PC info
I second the review. The game is good - not great like Life is Strange, but very good. It kept me interested and immersed in the story. Yes, both the audio and art really helped. The length is ok for such a single-plot mini story.

I really liked time limits on responses, you can get conversation flow nicely. One difficulty: I'm not a native English speaker and listening, reading responses and assessing the impact of choice was sometimes too much for me.
0 Likes

Eike 29 Mar, 2017
View PC info
I really liked Oxenfree. It's the kind of game you should take enough free time to play through in a single session. My first attempt ended quickly as I had the same issue with the dialogue system: Am I really supposed to either listen and miss my opportunity to answer or to answer and interrupt? But I got into it, and partly, it's all logical: If someone asks you if you fancy him, you don't have plenty of time to find an appropriate answer - hesitating is an answer as well. Other dialogue situations give you more time to answer, and sometimes, keeping your mouth shut and just listening is an all fine option. Important dialogue lines are not cut off, so you will not miss something important either way.

The overall game felt a bit like Firewatch to me. Some people didn't like the end of Firewatch (though I was fine with it), Oxenfree is different in this aspect.

I was extremely annoyed by the guy who can’t stop talking at the start of the game, and it lasts for a long time… I was hoping for a "Just shut the fuck up" dialog option but it never came :]. Also you barely have the time to read the dialog options before they disappear. I kept playing for a while anyway but abandonned it after an hour or so. Can’t recommend it.
1 Likes, Who?
badber 29 Mar, 2017

I was most amazed at the reality game (I forget what the proper term for this is) elements they included with this. I don't know if there's a good place to read about those, I learned about them from themonotonist's past twitch stream where he also showed some cool radio stuff...
0 Likes

puppieshatecapitalism 29 Mar, 2017
View PC info
I can't recommend this game enough. An impeccable "weird" fiction story, great characters and voice acting, inviting visuals... they really nailed it! Probably my favorite game of 2016. If you enjoyed A Night in the Woods recently, this is the logical next purchase, IMO.
2 Likes, Who?

Quoting: puppieshatecapitalismI can't recommend this game enough. An impeccable "weird" fiction story, great characters and voice acting, inviting visuals... they really nailed it! Probably my favorite game of 2016. If you enjoyed A Night in the Woods recently, this is the logical next purchase, IMO.

I take this as a recommendation to play Night in the Woods. :)
1 Likes, Who?

View PC info
I liked the story and atmosphere.
Can;t say I take Liam's side on the whole politically correct thing , but then again I am getting old and I have no idea what teens are like.

One thing that does irk me was the way they built a very beautiful mystery suspense without giving details and drawing me in and then the reveal is cliche. I won't spoil , but it just felt like you were building up some cool parasitic creature like Alien and then explain it away like Vampires !!!. It just felt let down.
Still , if you don't mind lack of gameplay , and don't mind doing some backtracking to collect all the easter eggs to get he good ending , a definitive recommendation on my part.
0 Likes
morbius 29 Mar, 2017
I personally liked it more than Life is Strange, I recommend getting it when on a larger discount. It has its charms, though it's not without flaws.
0 Likes

View PC info
Yeah this was a great game. Sure it could be a little rough in parts but those things are easily forgiven. It also got pretty darn freaky!

The voice actors really made this game. It was annoying me for a long time trying to remember where I had heard the main female voice before, until I realised she was also Snow White in The Wolf Among Us.
0 Likes
While you're here, please consider supporting GamingOnLinux on: