Pillars Of Eternity, The RPG Aims For A Same-day Linux Release On March 26th

By Liam Dawe - 15 January 2015 at 3:14 pm UTC | Views: 17,505
https://www.youtube.com/watch?v=L2LrE3Ssnsg
Pillars of Eternity will be officially released on the 26th of March this year, and we have it confirmed that they are aiming for a same-day Linux release.

@gamingonlinux We're aiming for that, yes.

Great to see them respond so quickly, and we really hope they hit it, as it looks fantastic!


QuoteSTOCKHOLM — January 14, 2015 — Paradox Interactive and Obsidian Entertainment today announced that Pillars of Eternity, the role-playing game (RPG) inspired by timeless classics and funded directly by dedicated fans, has a firm release date set for March 26, 2015. Pillars of Eternity will be available at retailers worldwide, and eager fans and backers will be able to experience the game they have been promised.

About the game
Eternity will take the central hero, memorable companions and the epic exploration of Baldur’s Gate, add in the fun, intense combat and dungeon diving of Icewind Dale, and tie it all together with the emotional writing and mature thematic exploration of Planescape: Torment.

We don't usually recommend pre-ordering it, as delays are possible, and happens a lot for Linux versions, however our Contributor BTRE had this to say:


BTREFor those of us who have been following the project, each update has shown a level of attention to detail and polish that bodes well for the final product. The pre-rendered backgrounds look beautiful and the music and voice samples they've shared are also great. Preorders have been open for a while now and if you'd like to grab a copy you can do so here.

You can see the level of polish going into it below: 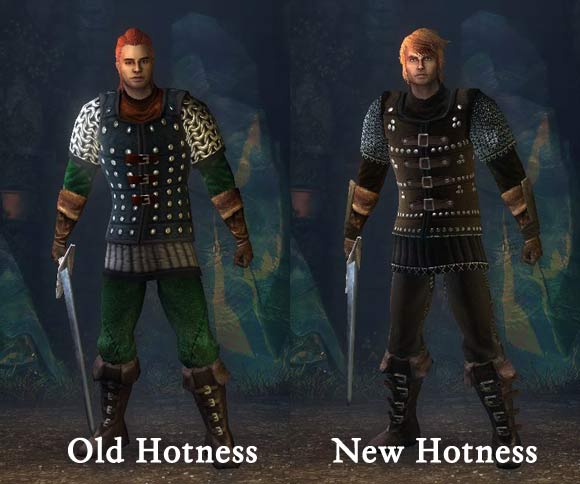 View PC info
Really damn psyched about this. :)
3 Likes, Who?
Sslaxx 15 Jan, 2015
View PC info
Considering that they've never got round to releasing a beta build for Linux (and this strongly implies that, despite what they've said over the last few days, the last beta build won't have Linux binaries either), well pardon me for not having any confidence in that statement.

Not supporting another Obsidian Kickstarter again. Almost as shitty treatment for Linux players as by Larian and Divinity: Original Sin. Very disappointing.
1 Likes, Who?

View PC info
That looks like it might be up my alley. I'm a picky when it comes to RPGs, but it looks like it "ticks all the boxes". Will likely pick up when it is released for Linux.

REMEMBER PEOPLE! NO PRE ORDERS! 2015 is the year we need to put an end to the pre order madness. Only buy when the games are known to work properly. If that is 6 months after the release date then so be it..
1 Likes, Who?

Quoting: SslaxxConsidering that they've never got round to releasing a beta build for Linux (and this strongly implies that, despite what they've said over the last few days, the last beta build won't have Linux binaries either), well pardon me for not having any confidence in that statement.

Well, according to them, the Linux build runs pretty well right now and a new beta build next week should include Linux support.
4 Likes, Who?

View PC info
Are the beta builds open to public or only those who pre ordered?
0 Likes

Quoting: EKRboiAre the beta builds open to public or only those who pre ordered?

Neither. Only to those who backed their Kickstarter campaign with at least $110, or added $25 for beta access.

View PC info
yeah backed this on kickstarter.
together with divinity original sin and lords of xulima
we get 3 excellent rpgs for linux soon :}
1 Likes, Who?

Segata Sanshiro 15 Jan, 2015
View PC info
After playing Wasteland 2 for a while, I've gotten to really like the CRPG genre so really looking forward to this :).
0 Likes

minj 15 Jan, 2015
I doubt it's even worthwhile asking Paradox about linux support tbh. They are one of the best in that department.
2 Likes, Who?
1/3»
While you're here, please consider supporting GamingOnLinux on: