Pillars Of Eternity: The White March Part I Now Available

By BTRE - 25 August 2015 at 2:23 pm UTC | Views: 11,856
The first expansion to the engrossing Pillars of Eternity has now launched alongside a massive patch. This is the first part of two planned expansions for the already content-rich RPG. 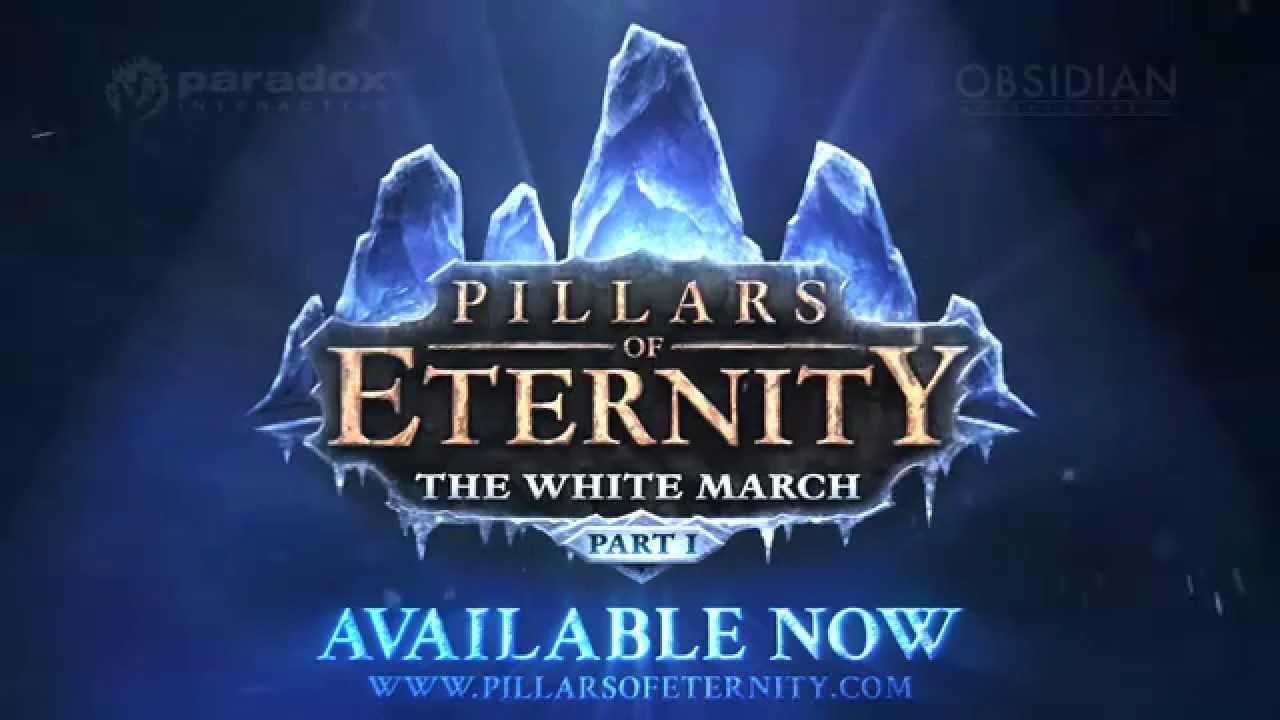 YouTube videos require cookies, you must accept their cookies to view. View cookie preferences.
Accept Cookies & Show   Direct Link
Pillars of Eternity is one of my favorite RPG experience in quite some time and I loved diving into the rich backstory that the developers created for it. With the new expansion, players can expect hours more of content in a new area of the world map. Snowy mountains and ancient ruins are among the places the party will go and I can't wait to see what new things they've added.

Alongside the new content, a massive update has been released. Some of the highlights include proper companion AI, better creature AI and retraining of your characters and their skills. The companion AI addresses the complaints people had about micromanaging their parties. You can see the massive list of changes for yourself here.

Official About
Pillars of Eternity: The White March - Part I is a large sprawling expansion pack with hours of gameplay integrated into the main adventure. Along with the new quests and area content, the team at Obsidian continues to support and make improvements to the entire game, including the additions of Player Party AI and Enhanced Enemy AI. Even if you haven't played Pillars of Eternity, now is a great time to jump in and experience the hardcore classic RPG with The White March - Part I.

Between this and Shadowrun: Hong Kong, my gaming schedule for the next few days still looks incredibly busy.

You can get Pillars of Eternity: The White March Part I on Steam or DRM-Free from GOG. Note that there's also an “Expansion Pass” available that includes the future second part to the story. Article taken from GamingOnLinux.com.
Tags: DRM-Free, GOG, RPG, Steam
0 Likes
Share

Oh and the name doesn't mean anything but coincidentally could be pronounced as "Buttery" which suits me just fine.
See more from me
Some you may have missed, popular articles from the last month:
The comments on this article are closed.
12 comments
Page: 1/2»

View PC info
I am quite confuse of these white dlcs...

I haven't played Pillars of Eternity yet , I was planning to start playing it and then I heard about the White DLC's and didnt play the game, so here are my silly questions...

1. Is it better to get the DLC's and then start Pillars of Eternity?

2. DLC's are another campaign and better finish the first game and then get the DLC's?

3. Better to wait for the 2nd White March DLC and then start the game since the 2nd dlc will add more updates to the original game as well...???

I dont like replaying games - once is done is done so I just want to have the full experience of a game I am playing ....

and at the end I find there dlcs a bit expensive though...

pb 25 Aug, 2015
Yeah, DLCs kept me from buying this game as well (similarly with Civ:BE and some others). I'll wait till everything is out and buy some Complete Collection at -75%. Though looking at CK2 and EU4 it may take years if not (nomen omen) eternity...

Maybe I could buy the game + expansion pass (did that with BL:TPS), but afaik it covers only White March 1+2, and not any other expansions if they decide to release them, right?

View PC info
I have the same questions, is it worth just waiting for Part 1 & 2 to be released and then play POE as a full experience, or are the DLC's standalone.

I have plenty of backlog so it's not as if Im stuck for games to play at the minute.
0 Likes

Stupendous Man 25 Aug, 2015
View PC info
Yeah, I have a similar question: I bought PoE a few months back and played till the first major city. Should I buy this new DLC and restart (I haven't played for a couple months and wouldn't mind restarting), or just continue my adventure and buy the DLC whenever I get close to the end? Will I miss out on anything not having the DLC yet?
I'm not particularly bothered about the party AI as is, for me the games plays just fine and I prefer taking direct control of all my characters anyway. So except for the expanded story, what does the DLC bring?
1 Likes, Who?

View PC info
As far as I know, these expansions (I don't like the term DLC - it's some execs coined obsolete idea - everything can be downloaded these days) don't require you to start a new game. If you didn't reach certain point in your playthrough, you'll just get more of the story and places in the game. But I didn't check all the details yet.
0 Likes

QuoteA new story awaits, injected seamlessly into the base experience for you to start on your playthrough - or jump into without restarting. Fear not though, because it's a long and self-contained story with a satisfying ending, you won't feel like you're missing out if Part 1 is all that you play.

Stupendous Man 25 Aug, 2015
View PC info
Thanks, in that case I'll hold out on buying the expansion and continue my game until I get closer to the end, which may well be months from now at my current pace.
0 Likes


QuoteThey're fully integrated. I just used an old save before the point-of-no-return and got a notice that a letter for me had arrived at Caed Nua. Just travel to Caed Nua and talk to the steward. That's how you access the new content. :)


QuoteFrom what I'm reading at the Steam forum, you can visit the new expansion areas with an old save, as long as this save was made before the final dungeon. Otherwise, you must begin a new playthrough.

So based on just that it might be a pretty good time to pick up playing the base game again. But I'm curious if any of the white march specific options(soulbound weapons, new abilities) come in prior to going to the expansion area or new levels.
1 Likes, Who?
Ignis 26 Aug, 2015