Psychological horror 'Lust for Darkness' is coming to Linux, developers want to see demand for it

Here's what they initially said:

We are open to Linux platform and it's possible sometime in the future, but we need to wait and see how big the demand is. Keep bringing your requests and they won't be overlooked.

However, Linux was actually a confirmed platform going back to their Kickstarter (see their FAQ). When queried about this, they clarified what they meant:

We didn't make it clear enough. Linux and Mac are still our plans for the future, but we are a small team who needs to prioritize their tasks. That's why we need to know how big the demand is on each system, to decide where to go first.

So, if you want to have it on Linux and be more of a priority, it might be an idea to let them know in this linked forum topic on Steam. It's still not great that we have to wait like this, but it's fair enough that a small team needs to prioritise.

It can be found on Humble Store and Steam.

You can see a trailer below, probably NSFW due to the themes: 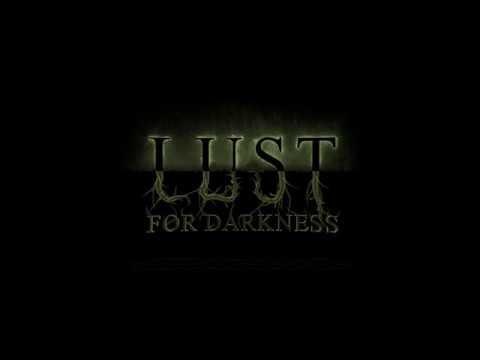 View PC info
Thanks for pointing out! While the reviews are a bit mixed, it does sound interesting.
0 Likes
Swiftpaw 11 July 2018 at 12:25 pm UTC

QuoteWe didn't make it clear enough. Linux and Mac are still our plans for the future, but we are a small team who needs to prioritize their tasks. That's why we need to know how big the demand is on each system, to decide where to go first.

Too late, wasn't a same-day release, so gamer support is going to be lower. I didn't even know about this until now!

Looks interesting. Mostly positive reviews. I do like mystery/suspense. I do like sex, cool to see some in another game, but as usual more demonization of sex and association with evil that individualists/capitalists/warmongers want when sex is normally good and pro-social. Fairly short it sounds like. As a whole, would be interested in this game.

Comandante Ñoñardo 11 July 2018 at 3:41 pm UTC
View PC info
People say that this game is what Agony couldn't be.
0 Likes

View PC info
Excellent inflow of Linux +1's in the thread, good show gang!
Up to 49 Linux votes if I'm able to count properly, let's hope they take the hint... btw, I could only find one thread even asking about Mac version and that has zero response so virtually no one wants the Mac version.

View PC info
If they bring it to Linux i'll buy it. Simple as that. Game looks awesome and right up my alley.
0 Likes

PublicNuisanceIf they bring it to Linux i'll buy it. Simple as that. Game looks awesome and right up my alley.

It would be great to have a GOG release too! But last time I checked their Kickstarter page, they weren't sure about this...

View PC info
Blood, Sex, Gore, Alien Mutations, ohh my... the darkness in me is intrigued!

View PC info
That clip showed ZERO gameplay, how can anyone be excited about anything based on this...?
What is it? This could be anything from a Bioshock style fps to walking simulator with scare effects? Or a Point and click adventure game? Stealth game? Or a disguised sex game?
0 Likes