Rise of the Tomb Raider for Linux to release tomorrow, April 19th

The moment many have been waiting for, Feral Interactive have just announced that Rise of the Tomb Raider for Linux will release tomorrow, April 19th. As a reminder, this title will be using Vulkan. 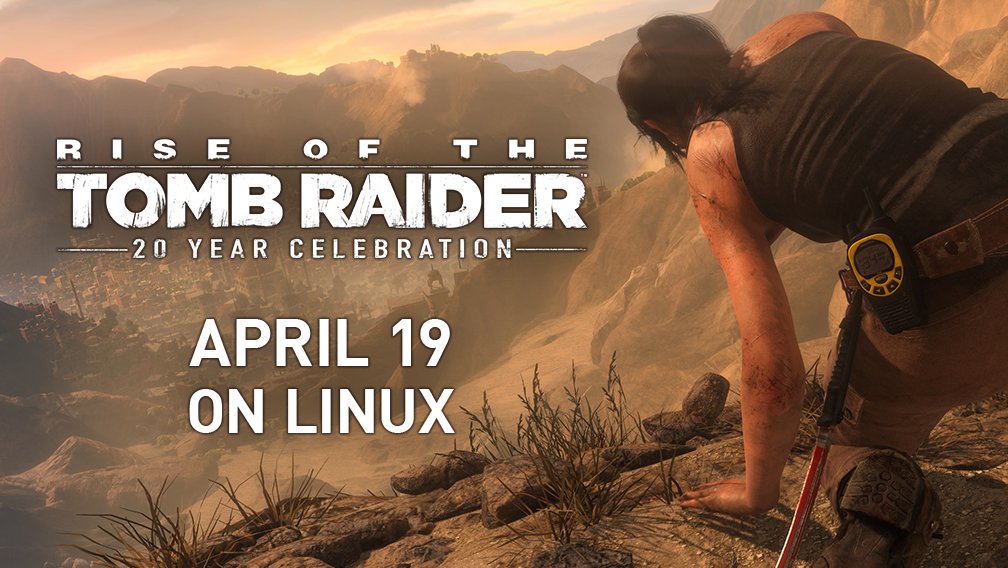 I honestly haven't felt this hyped up for quite some time! April is turning out to be a damn fun month for Linux gaming.

Here's what Feral sent along for the official system requirements:

We shall have a review out tomorrow at release and likely a livestream, so do ensure you're following us on Twitch.

If you wish to pick it up now, you can do so on the Humble Store, Feral Store or Steam directly. If you're worried about it not counting for Linux, Feral themselves have said publicly they're happy for people to buy games when they've announced them.

Article taken from GamingOnLinux.com.
Tags: Feral Interactive, Humble Store, Steam, Upcoming
36 Likes, Who?
We do often include affiliate links to earn us some pennies. We are currently affiliated with GOG, Humble Store and Paradox Interactive. See more information here.
About the author - Liam Dawe

I am the owner of GamingOnLinux. After discovering Linux back in the days of Mandrake in 2003, I constantly came back to check on the progress of Linux until Ubuntu appeared on the scene and it helped me to really love it. You can reach me easily by emailing GamingOnLinux directly.
See more from me
The comments on this article are closed.
113 comments
Page: 1/12»

I'm ready for it. I hope we can create a good revenue for much bigger ports.
6 Likes, Who?

LeopardI'm ready for it. I hope we can create a good revenue for much bigger ports.

LeopardI'm ready for it. I hope we can create a good revenue for much bigger ports.

I don't think Tomb Raider is so small to begin with...

Crystal Dynamics is doing well ensuring all their AAA games get a Linux version.
Hopefully this serves as example to the rest of the companies.
6 Likes, Who?

LeopardNo , but you gotta aim higher. We need tons of AAA's.

Sure, but I would count RofTR as AAA already.
(And a quick Google search seems to agree on this.)

That game works fine on Windows.
2 Likes, Who?

That game works fine on Windows.

Likely Mesa just isn't in a state for those cards in terms of features and/or performance.
2 Likes, Who?

LeopardNo , but you gotta aim higher. We need tons of AAA's.

Sure, but I would count RofTR as AAA already.
(And a quick Google search seems to agree on this.)

I didn't say anything like ; Tomb Raider is not AAA though.