The Banner Saga Linux Port Report, It's A Good One 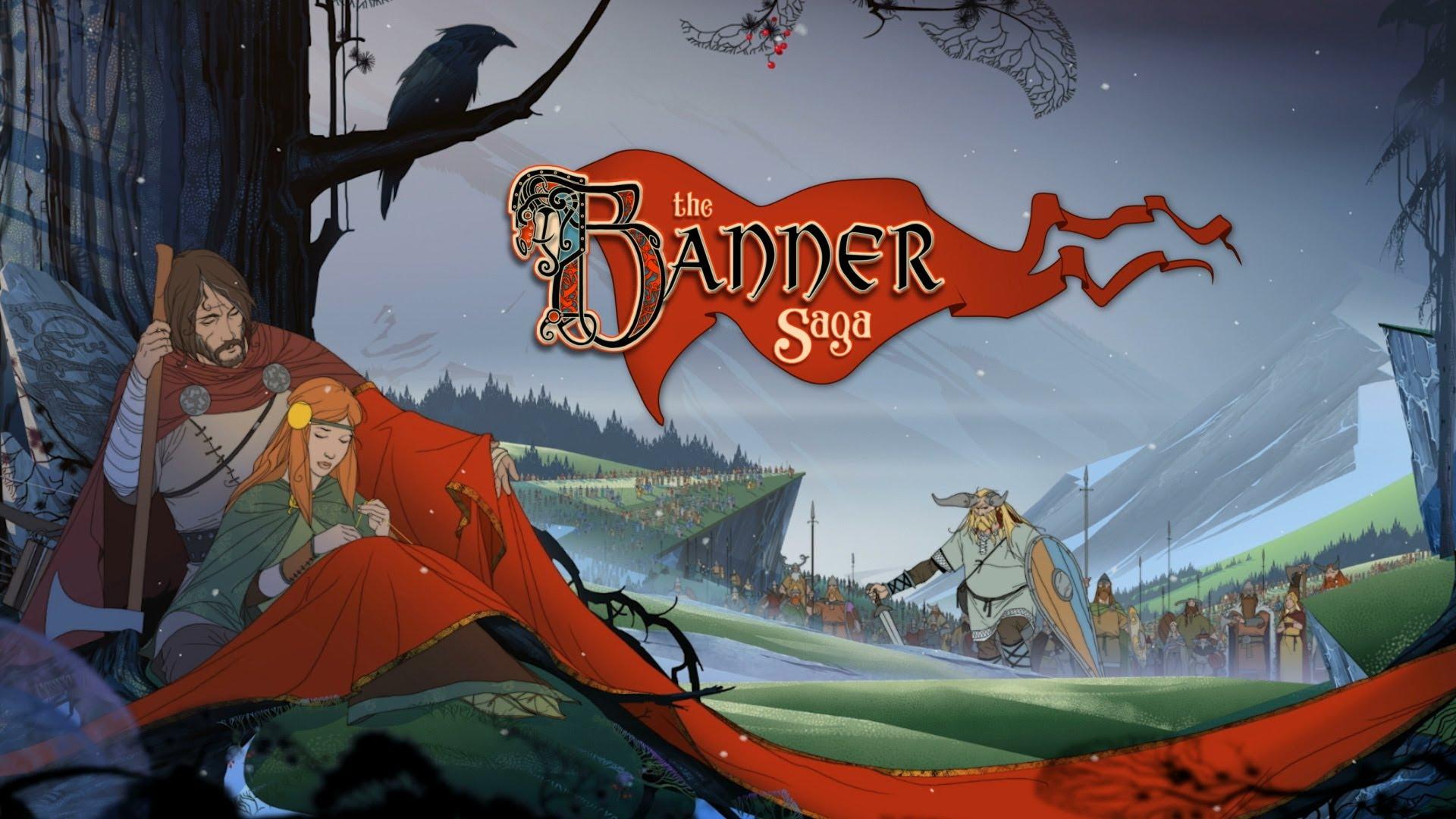 YouTube videos require cookies, you must accept their cookies to view. View cookie preferences.
Accept Cookies & Show   Direct Link
Now that The Banner Saga has been out for a few days I’ve taken a look at it. It’s a newly ported game, so if you haven’t picked it up yet, this should help you decide.

About the game (Official)
Live through an epic role-playing Viking saga where your strategic choices directly affect your personal journey. Make allies as you travel with your caravan across this stunning yet harsh landscape. Carefully choose those who will help fight a new threat that jeopardizes an entire civilization. Every decision you make in travel, conversation and combat has a meaningful effect on the outcome as your story unfolds. Not everyone will survive, but they will be remembered.

Port report/my thoughts
Performance
Performance-wise the game runs perfectly for me. Do keep in mind I am on an Nvidia 970, so it may be lower on other cards, but I seem to get a near-solid 60FPS.
The problem is that there are no graphics options, so people with weak cards should be a little wary. The game seemingly is mostly text interactions and turn based combat, so even weaker cards should have a reasonable time with it.

I haven’t come across a single bug in my playthrough, something that almost never happens for me.

There do seem to be bugs on the Mesa driver, so if you use that I would hold off for patches. I’m seeing multiple reports of garbled text and a pink screen instead of an intro. The developers have mentioned this is only the first pass, so fixes should come. I didn’t see these issues on the Nvidia driver though.

The game
To be honest, this game never even remotely entered my radar until the Linux version arrived. I am always glad to be wrong about games and The Banner Saga is one very interesting title to play.

I love games with a properly engrossing story, and I especially love games where my actions directly affect it. The story in The Banner Saga already feels pretty deep early on, and I’m really enjoying figuring out what’s going on, which is rare for me.

The visuals are top notch; the character graphics are really nicely done and animation during battles is really fluid. It’s pretty much ticking all the right boxes for me, with a deep story, and strategic combat.

The main thing that bugs me—I mean really bugs me—is the save system. You don’t get to save when you want, and games with a strong story that do this really irk me. We have terabytes of data for cheap; let me save early, often, and whenever I want. Seriously, if checkpoint-only saving could jump on a ship and sail off to nowhere, I would be very happy. This is especially annoying when the game doesn’t tell you when it has saved, like this one. It does seem to save after every conversation I’ve had so far, so it’s not too annoying right now.

I have also decided very early on, that the human prince seems like someone I’m going to dislike rather a lot. He didn’t want to speak to me - how rude! It doesn’t seem like my people like him too much either, as one of them mentions something about taking a walk off a cliff, hah.

The turn based battles are quite well done too, with an interesting system of picking whether to hurt someone directly, or to break through armour to be able to deal more damage. I really do quite like that, and I haven’t come across a system like this before. Someone with a weak attack may be useful for bringing someone’s armour down so that another beefier character can deal a lot more damage. More armour also seems to add to the chance of the enemy deflecting your attack, so taking down armour can be especially important too.

Another thing I really like, is that you can change the difficulty of the battles at any point in the game. For me the Normal setting was fine, but it’s nice to know you can up it a bit to test your mettle.

I am really interested in finding out what these Dredge are, and I plan to keep playing to find out!

Very glad this came to Linux, and it’s even a title I may complete.

Final Verdict: Seems like quite an impressive game, visually, story wise, performance wise, and is a pleasure to play. I’ve been enjoying it, so go for it.

View PC info
I have put ~9 hours into the Linux version. The only problem I've had with it is that once my 360 controller stopped working. I hotplugged it during the game and it worked again immediately.
0 Likes
PublicNuisance 20 Apr, 2015

View PC info
I'm hoping the Linux version comes to GOG soon. They have the Windows version only right now. I own the Steam version so worst case if I can't wait I'll just play that. Glad to hear they put some work into the port.
0 Likes

View PC info
One of my first ever Kickstarters and a title that I'd given up on! Great news - will dig out my key and register it for some weekend play.
1 Likes, Who?

View PC info
No DRM-free release. no money from my side. Either on GOG.com or another platform to be bought!
2 Likes, Who?
nitroflow 21 Apr, 2015

I've seen criticism on steam that one of the selling points of this game, that your actions impact the story, is really not true since it only impacts a few story-unrelated NPCs. If anyone has played it multiple times want to chime in on this I'd be grateful.
0 Likes

View PC info
Dang, your review finally swayed me Liam, but now it's no longer on special....oh woe!
0 Likes

Same here, even though I'm a backer as well. I'll give this game a whirl when it comes to GOG.com.
Maybe my interest will get fired up again once I have the chance to actually experience the game in action.
0 Likes
Guest 21 Apr, 2015
Can't play it cause it thinks my keyboard / mouse are controllers and the "Please configure your controller" screen doesn't close (there's no option for keyboard / mouse).
0 Likes
While you're here, please consider supporting GamingOnLinux on: