The Culling is currently broken on Linux, with no reply from the developer 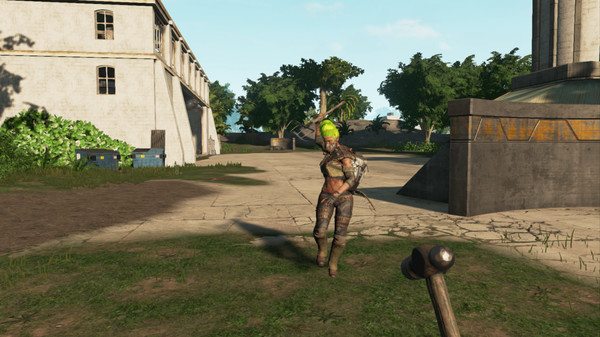 In another case of a game developer seemingly not caring about the Linux version, The Culling [Steam] is currently broken on Linux with no reply from the developer when asking about it.

I've tested it myself across two computers and it is indeed very broken, it starts up and then after a second or two it just quits. There's posts on Steam about it with no developer reply, so I sent them an email and a Twitter message a week+ ago and no reply to either.

I can understand a game being in Early Access having issues, since that's a time when games go through an evolution. However, leaving an entire version of the game completely broken for over a week with no reply or no announcement that they are working on it I find completely unacceptable.

If you own the game and it doesn't run for you, consider posting in this topic on Steam to help bring attention to it.

I suggest, for now, staying clear of The Culling. Article taken from GamingOnLinux.com.
Tags: Early Access, Steam | Apps: The Culling
8 Likes , Who?
Share

View PC info
also in the free weekend was like this :(
1 Likes, Who?

Quoting: DelGro95also in the free weekend was like this :(

yeah it was pretty ridiculous to find it in that state.
0 Likes

View PC info
The dev's probably gone all petulant and sulky 'cause the new Battle-Royale-like kid on the block, Player Unknown's Battleground, is selling like gilded hotcakes. Consider: The Culling has received roughly 15,000 (mixed to mostly negative) reviews since it was released 14 months ago in March 2016, whereas Player Unknown's Battleground has received more than double the reviews (around 37,000, mostly positive) in around a sixth or seventh of the time. It's no excuse to leave the game broken for Linux owners, however. I shouldn't be surprised if The Culling became abandonware in the not too distant future.

View PC info
Looks like the developer has generally given up on the game. I've been randomly clicking some threads on the Steam Community forums to find that nobody seems to get any kind of answer.

Quoting: GuestTBH thats a great point, but then they are the only ones that have their game on Linux... would of been a perfect time to maybe push the game harder esp for the Linux community.


AFAIK this game was only not universally slated because in EA it was actually very promising, then the devs ignored the community and basically removed everything fun about it.. this happened some time ago, the situation did not get better.
Had it been released in the current state it would have been panned and received negative reviews across the board.

We want quality games on Linux, ones that draw in people from across platforms and when they do decided to install and run their favourite game it should a.) actually run & b.) run decently enough that it doesn't make Linux out to be a wonky cart vs a super car windows.

oh i forgot c.) the dev not take a massive dump on Linux users on twitter.
2 Likes, Who?

View PC info
Well that's one game and development studio I won't be buying anything from. Good luck!
3 Likes, Who?

View PC info
i have played it few times and it has been working great for me.. last time i played it was in march and it worked fine also then. Will test out if it works for me atm also as soon as possible.

the game was/is fun though, but it seems they made things a bit weird with their "balancing" patch and many people left, so theres hard to find good matches.
0 Likes