Darwin Project [Steam] takes the Battle Royale genre and takes it to a dystopian post-apocalyptic landscape in the Northern Canadian Rockies. Turns out they're open to Linux support too. 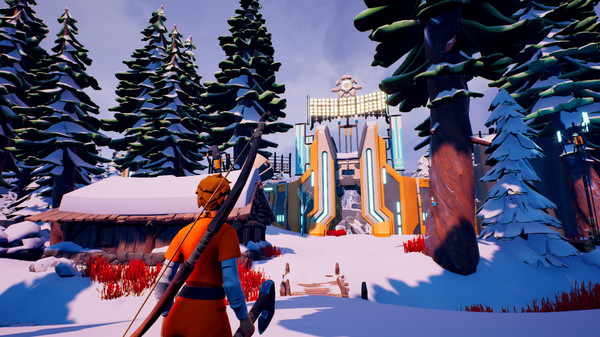 Speaking in their "Player's Wishlist - A Dev Answer Part 1" post on Steam, it was specifically mentioned:

-OSX / Linux? Can has not-Windows version, plz? : )
Dev Answer : One of our Architect Thierry would love to do that :)! Mabe after release!

If you want to see it on Linux too, I opened a Steam forum topic back at the start of March you can post your support in.

Unlike other Battle Royale games, they're not going for a huge player-count, instead they're going for a more focused 10-player experience. You will be able to craft traps, track enemies using environmental clues and even be the show director which sounds quite amusing. It's certainly a BR game that sounds a little more interesting than the standard kill or be killed formula.

Will they take the crown as the first proper BR game on Linux? Who knows, we will keep an eye on it.

Thanks for the tip Sudo!

Article taken from GamingOnLinux.com.
Tags: Battle Royale
19 Likes, Who?
We do often include affiliate links to earn us some pennies. We are currently affiliated with GOG and Humble Store. See more here.
About the author - Liam Dawe

View PC info
This actually looks like a really cool game. Tried Fortnight recently and well. The basic look fun but other players are way too good at this twitchy build/shooting thing. The smaller amount of players should make it much more fun than the mass brawl of hundreds of players.
2 Likes, Who?

It actually seems interesting unlike PUBG.
1 Likes, Who?

Quoting: XpanderWhen i asked during their AMA on reddit they straight said "No plans" *source*

It actually seems interesting unlike PUBG.

so another one of those where you wait and never know :(
0 Likes

Quoting: pbLooking at the screenshot... *how* is he holding that bow? :P

View PC info
A good BR game is something that we can use.
0 Likes
While you're here, please consider supporting GamingOnLinux on: