It's taken quite a while, but it seems the Linux version of squad based roguelike Steam Marines has nearly become profitable. 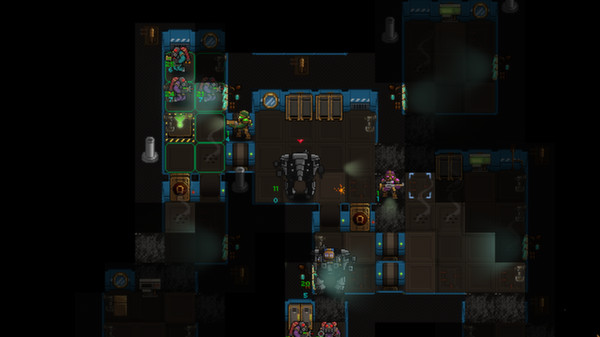 Back in November of 2016, the developer posted this on Twitter about how sales of the game had gone:

So. It's generally not profitable for me to support them.

Worth noting though, that they did also say back then that "Linux users almost never contact me for tech support". I should probably also mention, that the Linux version of Steam Marines actually came out nearly a year later than the Windows version.

Fast-forward to February of this year and it's a bit of a different story now:

About a year and a half later I think I've mostly turned this corner?

Rough internal metrics for work on Mac/Lin suggest Mac has moved into profit territory and Linux is almost break even.https://t.co/gpNP8xcFQs

It's really interesting to see that Linux has actually increased sales over a long period, quite nice to see in fact. What's even more interesting, is that with Steam's current market share for Linux being at 0.55% it seems that it's actually doing quite well.

Steam Marines is a squad based Roguelike set on a steampunk spaceship. It features tactical play focused on positioning and careful use of resources. Built to keep you on your toes as you progress through the decks of your besieged ship while clearing enemies and trying to reach each level's elevator.

If you don't own it, you're missing out as it's pretty good. You can grab it from Humble Store, Steam and itch.io, although Humble Store doesn't show a Linux icon, so we've let the developer know about that.

The developer is currently working on Steam Marines 2, which is currently on itch.io and they're hopefully going to put up a Linux version soon. They said on Twitter they're hoping to do so in the next few days.

Article taken from GamingOnLinux.com.
Tags: Indie Game, Roguelike, Strategy
9 Likes, Who?
We do often include affiliate links to earn us some pennies. We are currently affiliated with GOG, Humble Store and Paradox Interactive. See more here.
About the author - Liam Dawe

View PC info
its about the "hyped factor"; i can never purchase hyped titles anyway on linux; when i can get them they are rather old; all my collegues are on windws; and if a game is 3months old or more they will never ever buy that game. cause its "old". no joke; they wont buy it 9/10.
2 Likes, Who?
rustybroomhandle 14 May, 2018

I'm assuming he's measuring the cost of the thing by porting costs and support costs. Soooo with any luck, since SM2 is not using a home-brewed engine, the porting/support costs will be low enough that the time to profitability will be a lot shorter.
0 Likes

View PC info
If SM2 comes to Linux I'll buy it, I have the first I just need to get round to playing it of course. ;)
0 Likes

View PC info
IDK... while it's good to hear that Steam Marines is making profit from Linux, even after some time, I still have to wonder how much MORE profit they might have made via Linux had they released it at the same time as Windows.

I honestly think these developers/publishers shoot themselves in the foot by releasing Linux versions months or years later (after hype, excitement, or even memory of their game has significantly dimmed). Then, these same "late to Linux" devs FINALLY release, then look at their sales numbers and say "hey... selling on Linux sucks!". It almost feels like they WANT to MAKE it look like Linux users don't bother with their games.
8 Likes, Who?

View PC info
Well, it's not a great game anyway, so it's "normal" to have low numbers every where. It's not a bad game neither, thought.

Also, Linux games should/must come Day1 or very close to Day1. Too many games are on the way, and it's usually more attractive for many to play "the same game as the neighbour". If Linux comes 6 months later, in the meantime i probably will have many other similar games to pick from, so why should i look back ?

I mean, alright, if you are a late buyer, you have a more stable, patched, balanced games, most of the time, but you are also a lone one.
0 Likes

pb 14 May, 2018
I actually bought it near (Linux) release but never got around to playing it. Hence no support requests from me. :D
2 Likes, Who?

QuoteWhat's even more interesting, is that with Steam's current market share for Linux being at 0.55% it seems that it's actually doing quite well.

If we would overflowing with AAA's like Windows , i think that wouldn't be the same
2 Likes, Who?

Quoting: LeopardIf we would overflowing with AAA's like Windows , i think that wouldn't be the same

Yes. It would be a huge surprise if the percentage would be close to the survey, as the percantage of supported games is lower. Like, the games supporting Linux are getting the share of those not doing so.
0 Likes

Quoting: jasondaigoits about the "hyped factor"; i can never purchase hyped titles anyway on linux; when i can get them they are rather old; all my collegues are on windws; and if a game is 3months old or more they will never ever buy that game. cause its "old". no joke; they wont buy it 9/10.

How does that even work ?
How is a game "old" ?
Some games come to mind (CK2) are still getting DLC and content years later.
2 Likes, Who?

View PC info
I didn't know Steam Marines was available DRM free on itch. That will speed my purchase up a bit.
1 Likes, Who?
1/2»
While you're here, please consider supporting GamingOnLinux on: