Circle Empires, the rather unique strategy game where the map terrain is literally split into circles has a rather nice DLC release. 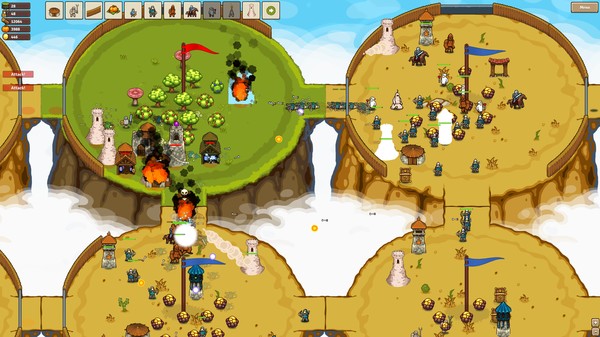 The Apex Monsters DLC which is out now which beefs up the content of the game quite a bit with:

I have to admit, I've had quite a lot of fun with this one, especially since it works really nicely on my Intel laptop so it's good when you're on the go or sat in bed too. It's a pretty good coffee break game too, since it's reasonably quick to get going so there's not a lot of waiting around.

If you don't yet own Circle Empires, you can grab it from Humble Store and Steam.

Doc Angelo 29 Oct, 2018
View PC info
Immediately reminded me of Megalomania on the Amiga 500. Going to take a look at this game.
1 Likes, Who?
While you're here, please consider supporting GamingOnLinux on: