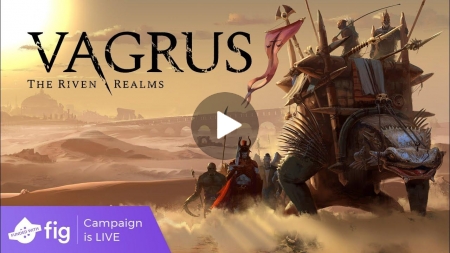 Vagrus is a Strategy-Roleplaying Game for PC, where the player takes the role of a vagrus - a sort of a caravan leader, who makes a living on a strange and dangerous dark fantasy world by leading a traveling company on all kinds of ventures.

A vast continent is yours to explore, filled with unique locations, strange factions, lurking dangers, and a lot of characters you can interact with. In order to punish the Empire for their sins a thousand years ago, the Elder Gods manifested themselves in the world, letting loose powers that ended up devastating it. Following this Calamity, the Empire was slow to rebuild and became a dark caricature of its former image. The continent is now a wasteland, riddled with arcane anomalies, twisted monsters, and undead.