This website makes use of cookies to enhance your browsing experience and provide additional functionality -> More info Deny Cookies - Allow Cookies
⨯ We're live now on Twitch!
⨯ You can sign up to get a daily email of our articles, see the Mailing List page.
Note: This item does not currently support Linux. You can try Steam Play Proton or Wine.
Half-Life: Alyx 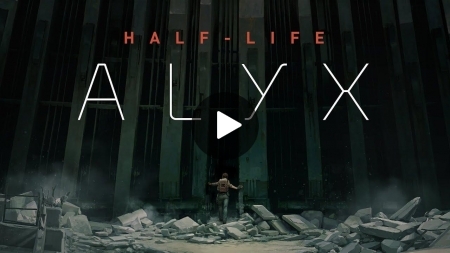 Half-Life: Alyx is Valve’s VR return to the Half-Life series. It’s the story of an impossible fight against a vicious alien race known as the Combine, set between the events of Half-Life and Half-Life 2.

Playing as Alyx Vance, you are humanity’s only chance for survival. The Combine’s control of the planet since the Black Mesa incident has only strengthened as they corral the remaining population in cities. Among them are some of Earth’s greatest scientists: you and your father, Dr. Eli Vance.

As founders of a fledgling resistance, you’ve continued your clandestine scientific activity—performing critical research, and building invaluable tools for the few humans brave enough to defy the Combine.

Every day, you learn more about your enemy, and every day you work toward finding a weakness.