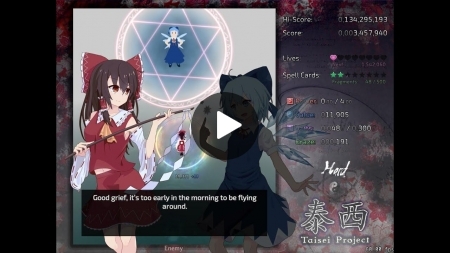 Taisei (泰西, lit. Occident) is a free and open-source fangame of the Tōhō series, written in C using SDL2 and OpenGL.

Basically, it is a shoot ’em up game with lots of bullets (the genre is literally called bullet hell). It doesn’t aim to rebuild a particular installment of the Tōhō games, but is rather an original game set in the world of Tōhō. Enjoy dodging through 6 stages full of new bullet patterns on four difficulty levels!

Source code is up on GitHub.