The developers have stated that the Linux builds will come soon which is great news as it's a fantastic looking game. 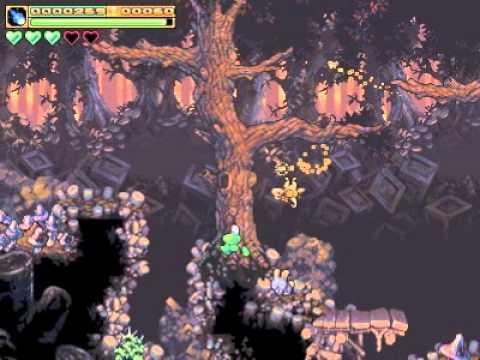 
You can get it from them directly using their Humble Store widget or from Desura.

For $9.99 it's not the cheapest indie game around but it's extremely polished and the graphics really are excellent. The engine itself is open source too but the art assets aren't.

The game engine and assets are freely available on github so you can get it for free, but it's well worth paying to support the developer.
Article taken from GamingOnLinux.com.
Tags: Desura, Humble Store, Indie Game, Open Source, Platformer, Upcoming
0 Likes
Share

I am the owner of GamingOnLinux. After discovering Linux back in the days of Mandrake in 2003, I constantly came back to check on the progress of Linux until Ubuntu appeared on the scene and it helped me to really love it. You can reach me easily by emailing GamingOnLinux directly.
See more from me
Some you may have missed, popular articles from the last month:
The comments on this article are closed.
9 comments
lalalala 26 Aug, 2013
The game code is open source but the art is not.
So this game is freely available for ages on linux, and even in the ubuntu repository .
! :D
0 Likes

killx_den 26 Aug, 2013
View PC info
Played this one long time ago on Fedora natively ^^
But as it seems it costs money now and they took away the Linux version so no improvement imo.

But still it is a good game :)

0 Likes
Lord Avallon 26 Aug, 2013
This game is excellent, the graphics are very beautiful, the musics are great, I, like a platform lover, can say it is very adictive, the free version is still available but this paid one must have more stuff (I didn´t try it yet), I think it is worth the price.
0 Likes
berarma 27 Aug, 2013
Frogatto was already on GNU/Linux, I already talked about that some time ago. The headline is a bit misleading. It was already being sold for the iPhone, and now it seems it's also being sold for Windows, Mac and soon for GNU/Linux, but it's already on most distributions. I don't know if that means it will come with extra content or it's some kind of donation, I fail to see that info anywhere. Anyway, buying opensource is a great way to support it.
0 Likes
Linux 27 Aug, 2013
Can the misleading title be corrected already?
0 Likes

However, for further clarification please refer to these two comments from two of the developers on their website: [url=www.frogatto.com/?p=1305&cpage=1#comment-109679]#1[/url], #2. According to them, the source code and the art assets remain available to everyone for free at their GitHub. They'd only appreciate people to give something in exchange, either money or collaboration in the project.

They don't say anything (or I've been unable to find it) regarding free copies of the game included in many Linux distros. My guess is they won't be updating them anymore: the current version is 1.3 and the one available at my Ubuntu 12.10 Software Center is 1.2.
0 Likes

Superuser 28 Aug, 2013
View PC info
Not bad... I have played the free of charge version to completion as it is.

I wonder if this will add any significant amount of new gameplay? Anyone know what the changes are from the free version?
0 Likes
berarma 28 Aug, 2013
After some reading it seems the game stays just the same it was. The engine is free, the assets are freely distributable, at least for GNU/Linux. Debian already has packaged version 1.3.1, muntdefems, your Ubuntu is a bit old. So nothing new for us, except that we may soon be able to support the developers thru Desura. The last sentence in the article is completely misleading since it states they changed the license to keep development alive but they didn't.
0 Likes

View PC info
Hmm they don't specifically state the assets are free on their github as well, I was going by what their website says since it only mentions the engine, article corrected.
0 Likes
While you're here, please consider supporting GamingOnLinux on: