By Liam Dawe - 15 October 2013 at 6:19 pm UTC | Views: 9,636
In Spacebase DF-9 (Steam Link), you'll build a home among the stars for a motley population of humans and aliens as they go about their daily lives. Mine asteroids, discover derelicts, and deal with the tribulations of galactic resettlement in Earth's distant future. Meteor impacts! Explosive decompression! Unbearable loneliness!

Now then, this looks far too awesome you have to hand it to DoubleFine for springing this one on us! The game is currently in Early Access so bugs and death are to be expected remember. 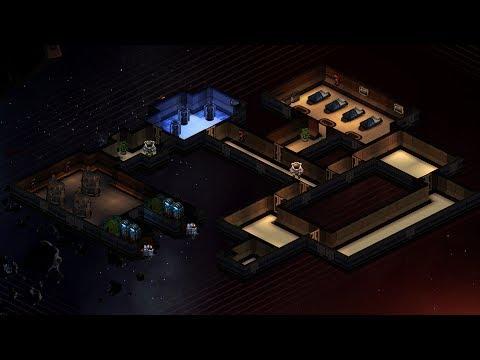 YouTube videos require cookies, you must accept their cookies to view. View cookie preferences.
Accept Cookies & Show   Direct Link
This was an instant wishlist item for me, can't wait to give it a try you all know by now I am a sucker for sci-fi spacey stuff!

I am the owner of GamingOnLinux. After discovering Linux back in the days of Mandrake in 2003, I constantly came back to check on the progress of Linux until Ubuntu appeared on the scene and it helped me to really love it. You can reach me easily by emailing GamingOnLinux directly.
See more from me
Some you may have missed, popular articles from the last month:
The comments on this article are closed.
10 comments
Guest 15 Oct, 2013
Sweet; almost too many games at the moment! (almost)
0 Likes
s_d 15 Oct, 2013

They also have a Humble Widget at http://www.spacebasedf9.com/buy which may have binaries on it as well.  Note that you cannot select any of the higher-tier rewards through Steam (perhaps that bit is worth an article edit?), including keys to the other Double Fine games, access to the prototype, getting your name in the game credits, and (coolest of all) having your name added to the citizens name list so that they can randomly pop up during gameplay (like Notch in FTL).  There are also physical rewards, specifically posters and art prints.

This one started as a very promising Amnesia Fortnight pitch... one that I was not interested very much in, from the original pitch.  As the Fortnight gamejam unfolded, it became more awesome, until I could actually see the "Dwarf Fortress" in it.  Now, I'm certain I'd play the heck out of it, it's right up my alley.

I'll try to confirm whether or not Linux binaries will appear in the Humble storefront version, or if it's essentially vending a Steam key.  I should mention, this is the first time I've seen a Humble Widget which was clicked-through to, rather than appearing in the standard widget box.  It's all custom & stuff...
0 Likes
Guest 15 Oct, 2013

Quoting: Quote from s_dI'll try to confirm whether or not Linux binaries will appear in the Humble storefront version, or if it's essentially vending a Steam key.  I should mention, this is the first time I've seen a Humble Widget which was clicked-through to, rather than appearing in the standard widget box.  It's all custom & stuff...

The Steam Alpha build is actually DRM-free. It downloads through Steam of course but you don’t need to be running Steam to run the game. In this case Steam serves purely as a download and auto-patching mechanism, not as a DRM solution. (We have actually used Steam in this way for a number of our games.)
There are other possible futures, including one in which we start implementing aspects of Steamworks like cloud saves and other requested features, in which case Steam would become a more intrinsic part of the game. I can also imagine a future in which we released a version that downloads directly through Humble! We can’t promise either of these futures 100%, because then we will look like fools if they do not come to pass.
But know that the Alpha 1 build is only using Steam as a download tool, just like a Humble Bundle download would.
0 Likes
Penguin 17 Oct, 2013

Check out the offer here http://www.spacebasedf9.com/buy.
With the current exchange rate it comes down to almost ~18€

Next year? It seems you missed this: http://store.steampowered.com/app/233250. PA was $90 in the beginning in June or May. Now it's down at 55€.
0 Likes
While you're here, please consider supporting GamingOnLinux on: