I knew Tripwire weren't stupid! Killing Floor 2 was a given when you look at how popular it is, it needs a refresh and I am glad to say it will be on Linux. 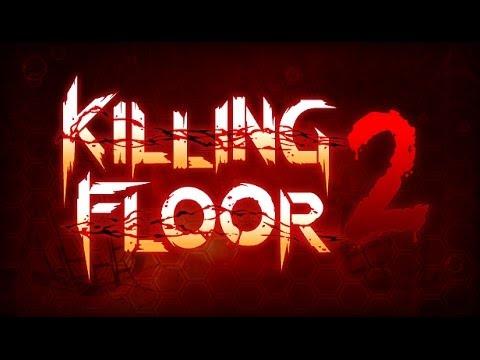 For those that don't know Killing Floor is a mostly multiplayer co-op zombie shooter, each round you get time to go to a shop to buy newer weapons ready for the next round.

QuoteTripwire is now 50 employees strong. Killing Floor 2 is coming to Steam Early Access for Windows and Valve's SteamOS. When? Not as soon as I may want, Gibson says, but sooner than I may expect. After watching them play KF2, I know they got at least the first half of that statement right.

It's anyone's guess when it will drop, but from that exerpt I think it will be this year. It's pleasing to see that it will be in Early Access, so us Linux gamers especially can really make sure it gets a polished release.

I've spent a lot of hours in the past few years on the first Killing Floor, so this is excellent news. I have always thought Killing Floor could be taken further than it is.


Fans of gory violence will love it, according to the PC Gamer article blood stays splattered for entire matches. With the amount of killing in the first game, KF2 will be a blood filled fun-fest of zombie killing.

I would hope they are using a much newer Unreal Engine for this one to have better Linux support, I do wonder who is doing the porting for them or if it is internal this time. I've popped them a tweet to ask, but they will probably be too swamped to notice us.

We are using a heavily modified @UnrealEngine 3 @gamingonlinux and we are working on our own port this time around.

That's good news that it's an internal port, no waiting on outsiders and they can fix issues themselves.

I am the owner of GamingOnLinux. After discovering Linux back in the days of Mandrake in 2003, I constantly came back to check on the progress of Linux until Ubuntu appeared on the scene and it helped me to really love it. You can reach me easily by emailing GamingOnLinux directly.
See more from me
Some you may have missed, popular articles from the last month:
The comments on this article are closed.
30 comments
Page: «3/3

View PC info
It's always the same problem with using outside porters regardless of how good they are. As soon as a company stops paying them they stop fixing issues.

I imagine Tripwire has been too busy with their later games to worry about a few issues that not everyone gets on Linux.
0 Likes
Anonymous 9 May, 2014

Quoting: Anonymousthe scope texture can be fixed with a toggle in the options... never seen that water bug. And the framerate is great... just so people don't get the idea it's unplayable, it's very playable, I've got 90 hours+ in it on mid- to low-end hardware and the only time I remember it's a port is when once every few hours a stalker that should be invisible gets visible.


The water bug is on the Foundry map. Bugs mostly appear when you push graphics further. Off course you can avoid the black scope bug by turning off 3D iron sight but why isn't this bug corrected instead? I mean we pay the same price for a game that's limited to its middle-end graphics when Windows get the full thing, and the bugs I deal with are rather gross. I think they didn't get Ryan Gordon to work on this long enough, because we're used to see some great work from him, and this port is just ridiculous. When you see that the Painkiller HD port has been spat on whereas it works so much better...

I dunno, I think calling the port "ridiculous" is an overstatement of the problems.. as I said, I've got 90 hours in KF and it's 100% playable. While I agree that I shouldn't *have* to disable 3d ironsights, and maybe there are some more severe bugs when you max out the graphics; I just haven't seen them. In my experience KF1 is a great addition to the linux canon; one of the best, in fact.
0 Likes
saf 9 May, 2014
fack why does it keep posting me as anonymous
0 Likes
Anonymous 9 May, 2014

Quoting: AnonymousI dunno, I think calling the port "ridiculous" is an overstatement of the problems.. as I said, I've got 90 hours in KF and it's 100% playable. While I agree that I shouldn't *have* to disable 3d ironsights, and maybe there are some more severe bugs when you max out the graphics; I just haven't seen them. In my experience KF1 is a great addition to the linux canon; one of the best, in fact.

Then you must love playing at ***ty resolution with ***ty graphic settings
0 Likes
who? 9 May, 2014
I sent a email to Tripwire and they replied saying that they are now waiting for third party porter to release fix back to them.

Quoting: AnonymousIf you buy this you are all bunch of ***ers

I'll wait a day or two after release to see what kind of state the Linux version is in. But since they've hired Terry Hendrix, one of the original Icculus crew, things are looking pretty positive for the Linux version to run parallel with the main development.

Very excited for this one.
0 Likes

Thanks for the interview link, it was interesting.
0 Likes
« 1«3/3
While you're here, please consider supporting GamingOnLinux on: