By Liam Dawe - 14 June 2014 at 6:20 pm UTC | Views: 16,972
For today we have a special one for you! I had the chance to speak to Paul Allen of Zero Point Software about their Interstellar Marines now that it has gained a Linux launch!

If you didn't see our caster Samsai did a video of it: 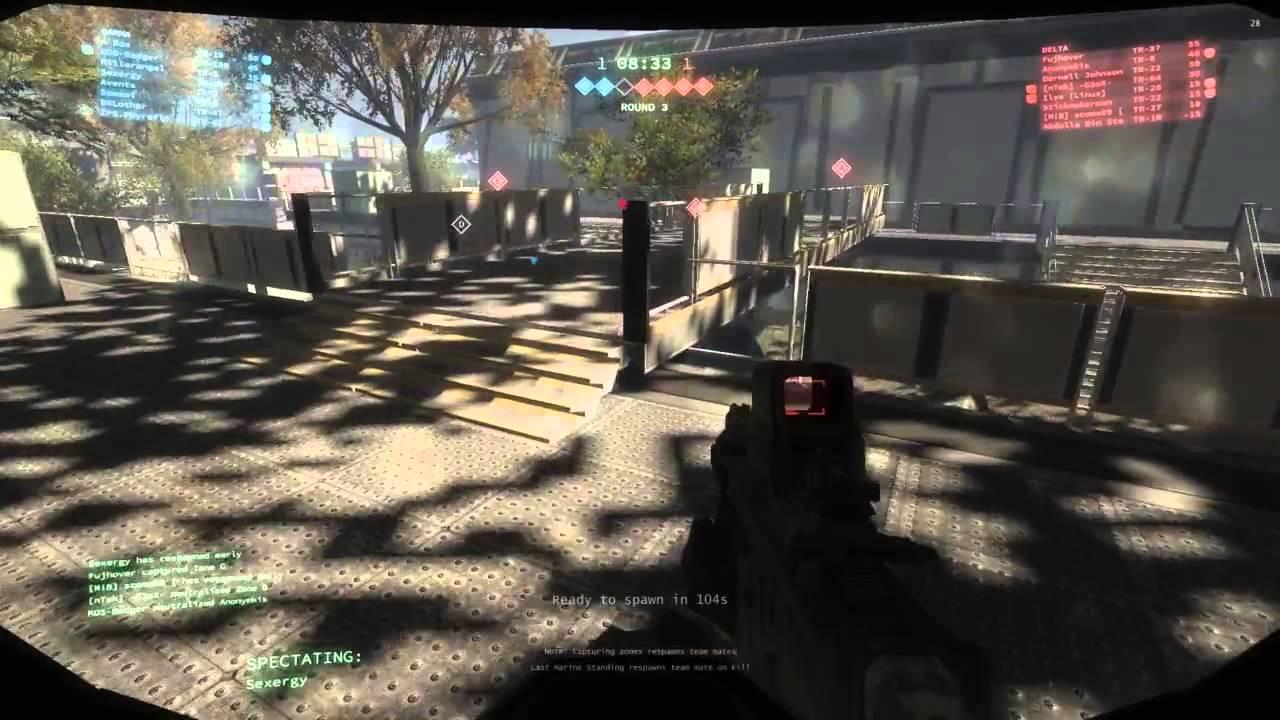 First of all can you introduce yourself

QuoteMy name is Paul Allen, I'm the Producer on Interstellar Marines and have been with ZPS for around a year. I initially started as a Community Manager, and changed to producer a couple of months ago.

How do you try to set yourselves apart from other developers, why do you feel your team is worthy of supporting?

QuoteFirst of all we're completely community oriented. We use an open door development policy, which means we are as open as we can be in terms of the information we release. Of course we keep things back from time to time so we can spring a surprise ;) but if you have a question post it up on the forums and you'll get an answer. We have a large number of behind the scenes videos on our youtube channel which show life in game development, and we can be reached through our forums by community members. We are a small team, and we're fighting hard to produce this massive game. The reason we've been able to do that is because our amazing community has supported us wholeheartedly every step of the way.

Can you tell us how Interstellar Marines plans to separate itself from other FPS games? We have FPS games of all shapes and sizes from fast paced shooters, western style shooters and futuristic shooters. So, what's so different about yours?

QuoteAs a game we will have multiplayer, singleplayer and coop elements, all of which will blend together into a realistic sci-fi game which will take the player from their initial selection and training as an Interstellar Marine, through mankind's first contact with a sentient alien species and the levels of action and deceit which surround that. It's an enormous story, which when complete will pull the player in and immerse them in the world we are creating. Right now we are developing the multiplayer part of Interstellar Marines which we're using to build the tech for singleplayer and coop gameplay.

Being as honest as you can, how good/bad exactly is Unity3D's support of Linux? What do they need to do better?

QuoteFrom a Unity perspective we've had relatively few difficulties with our Linux build. There is one mouse stutter bug which a number of players have encountered that is a known Linux issue with Unity. As it's a Unity bug we're first of all finding workarounds while Unity look into it.

With the announcements about CRYENGINE and Unreal Engine supporting Linux, and having really cheap subscriptions has it made you change your mind on using Unity3D?

QuoteNot all all :) Unity and ourselves have grown side-by-side to where we are now. We did originally use Unreal several years ago, but had to switch engines due to Unreal's high licensing costs at that time. Changing engines cost us around two years in development, so it's not something we would do again lightly.

What challenges has your team faced in supporting Linux?

QuoteAs we are a small team internal knowledge of Linux is limited, so we are working right now on improving that. This also affects technical support, as the regular tech support person (me) is still getting up to speed on Linux, so it can take a longer period to get an answer to a Linux-related question. This will improve over time as we release new updates and learn more. We also had to upgrade part of our middleware to handle Unity, which proved to be an interesting ride! Overall though it has gone reasonably smoothly and we've not encountered a roadblock that we've not been able to overcome. The sheer amount of love we've received from the Linux community has been awesome, and shows that working to support Linux was a good, positive move for us and the community.

View PC info
You put a developer like this next to an outfit like the Fun Pimps and it's night and day. Interstellar Marines looks simply incredible and while I sadly can't play it yet due to that mouse stutter bug, I'm pretty certain they'll nail it, or Unity will nail it and we'll all benefit.

Just superb to hear such an open attitude to porting internally and a great success story on the launch on Linux. Hopefully there's more to come.
2 Likes, Who?

View PC info
I love those devs!
0 Likes
Josh 14 Jun, 2014
Awesome. This dev team seem like really cool people and I will be supporting this game when it goes on sale next.
1 Likes, Who?

Sabun 14 Jun, 2014
View PC info
That was a pretty nice read. It seems like their ambitions with the game are quite huge, I look forward to the final accumulation of all their efforts :)
2 Likes, Who?

PlayX 14 Jun, 2014
View PC info
I like the game. Hopefully it will get better and better
View video on youtube.com
0 Likes

View PC info
If a DRM free build does appear somewhere done to line I will definitely be purchasing this - it has been a long time since I had the opportunity to jump into a new single-player FPS.
1 Likes, Who?
Anonymous 14 Jun, 2014

Quoting: PlayXI like the game. Hopefully it will get better and better
<iframe src="https://www.youtube.com/embed/4Smu6er9L0k" data-youtube-id="4Smu6er9L0k"></iframe>

game is good. player sucks in major point of the word. it's the worst possible case of leaching, lol. i hate campers in base like games. worst team mate you can ever have
0 Likes
Anonymous 15 Jun, 2014
just my 2 cents on workaround for mouse stutter. it is much easier to simply install metacity and execute it, than installing whole xfce desktop

most window managers support --replace (or some other switch with same function like fvwm -r). you can do that any any time
0 Likes
ZikZak 15 Jun, 2014
Great! As soon as they have a DRM-free version of their game I'll purchase it!
I'm so glad reading that the Linux community has been nice with them and that they enjoy it.
1 Likes, Who?

Really? I thought it was 100%. :P
0 Likes
1/2»
While you're here, please consider supporting GamingOnLinux on: