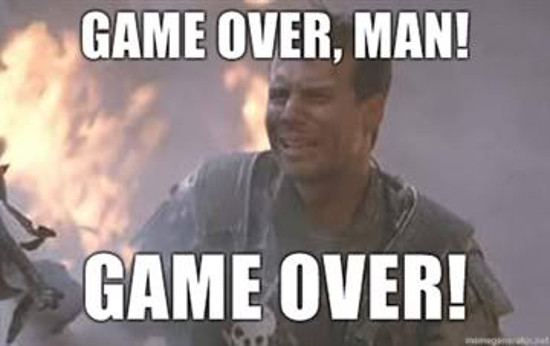 Oh boy, I do love a good rant from a developer. This time it's the C4 engine dropping Linux support (honestly, how many of you have even heard of C4?).

Warning: It's a real rant.

Choice quote from their announcement


QuoteThis decision was made based on the disproportionate cost, both in terms of time and money, that we incur to support Linux relative to a very small return on our investment. This decision was also made to preserve my own sanity since my personal experiences with Linux have been extremely negative and have resulted in huge wastes of time that could have been better spent on more productive tasks. Terathon Software will no longer contribute to the popularity of an operating system that I personally view as inferior in design to both Windows and Mac OS X. Linux has proven to be Frankenstein OS assembled from a disparate array of barely functioning parts with horrible reliability and little potential for future improvement. Time that would have been spent on Linux support will now be used to strengthen our product on platforms with much greater viability.

The comments are just, amazing. One commenter provided this funny image: 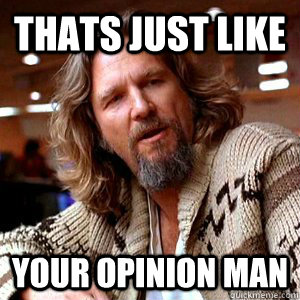 And the developer responded with:

I have reached the point where I feel morally obligated to drop all support for Linux.

Things like this are concerning though, and it is a real issue:


I love it when Ubuntu starts freezing for no good reason right before the login screen. That's high-quality engineering right there.

I do wonder if it is a hardware or a driver issue, my last freezing issue turned out to be RAM that failed at specific things.

We don't often write about people ranting about Linux, and for one developer making a full bit of kit like C4 it can be time consuming, so we don't have much to say other than "oh well". We still have many more better engines around.

P.S. Please try to keep comments reasonable about this topic. Article taken from GamingOnLinux.com.
Tags: Editorial
0 Likes
We do often include affiliate links to earn us some pennies. We are currently affiliated with GOG, Humble Store and Paradox Interactive. See more here.
About the author - Liam Dawe

I am the owner of GamingOnLinux. After discovering Linux back in the days of Mandrake in 2003, I constantly came back to check on the progress of Linux until Ubuntu appeared on the scene and it helped me to really love it. You can reach me easily by emailing GamingOnLinux directly.
See more from me
Some you may have missed, popular articles from the last month:
The comments on this article are closed.
113 comments
Page: 1/12»
avarisclari 12 Jan, 2015
View PC info
We were actually interested in using this engine. They lost a customer though. Oh well.
8 Likes, Who?

View PC info
I have managed to install various distros on USB devices, HDDs, and SSDs. Does that mean I am a pr0 hax0r now?
7 Likes, Who?
notklaatu 12 Jan, 2015
Sounds like someone needed to learn Linux before attempting to support delivery to it.
5 Likes, Who?
FergleFergleson 12 Jan, 2015

Looking over the list of games that use this engine, we're really going to be missing out by this decision. Truly, the loss of triple-AAA hit titles like "Gremlin Invasion", "Gremlin Invasion: Survivor" and "City Bus Simulator 2010" will be devastating to the Linux gaming community.
17 Likes, Who?

View PC info
never heard of this engine, and looking at the games made with it, that's no suprise either
1 Likes, Who?

Maelrane 12 Jan, 2015
View PC info
First of: Victor Frankenstein was depicted as a genius, a man who would not fall behind others and kept on dreaming. He used... "unconvential" methods to achieve his goals, but then again, he was the genius who defied god and the first living being to create artificial, highly intelligent and feeling life.

So I assume the "superior" developer actually meant Frankenstein´s Monster. Well, the monster was stronger, faster and more determined than all other humans.

View PC info
Well I guess this nobody of a developer knows better than valve.
2 Likes, Who?
Guest 12 Jan, 2015
FYI, the developer that called himself an "expert" (I assume he means it in the same way that Apple Store employees are "geniuses" ) tweeted about his inability to install ubuntu on a computer after a full day of effort.

After looking up some more information, it appears that he has a PhD in comp. sci., but if my experience interviewing applicants for a job at one of my previous work places is any indication, that means absolutely nothing. I interviewed a guy with a doctorate and two master's degrees who had some of the most unreadable, over-complicated sample code I've ever read. I ferretted out bugs just by reading the code, and it didn't even perform well. I rewrote it to be cleaner and more flexible, perform better, and have less bugs, and I ended up with a script 1/3 the line count.

I'm not saying that this Eric Lengyel is exactly the same as the guy I interviewed ... but I bet he's not far off.
4 Likes, Who?

View PC info
i think this guy never heard of that "never go full retard" thing.
4 Likes, Who?
1/12»
While you're here, please consider supporting GamingOnLinux on: