GOG have put up some serious classics for Linux, such as Cannon Fodder 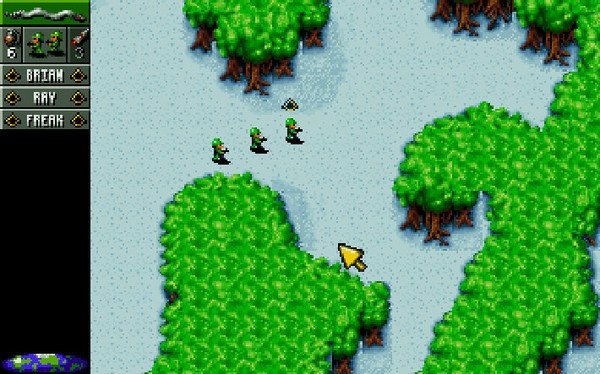 I do love GOG for their classic games, and what a delivery they have for us today, wow! Cannon Fooder 1 & 2, Leisure Suit Larry Greatest Hits and Misses and Sensible World of Soccer 96/97.

The Cannon Fodder games were games I absolutely loved in my youth, so you can bet I will be attempting a play-through of them again soon. I never finished either game due to my age when they came out for the Amiga, so hopefully they won't be as difficult now!

Sensible World of Soccer is also a game I sunk hours, more hours and those hours turned into weeks and months in. I look forward to trying it out again! Article taken from GamingOnLinux.com.
Tags: DRM-Free, GOG, Retro
0 Likes
Share

Quoting: kellerkindtOut of curiosity: Are they wine wrapped or native ports?

They probably are using DosBox.

ScummVM for the Larry games, though :)

View PC info
I didn't realize LSL 6 was supported by ScummVM. I still have my original copy of that.

I have very fond memories of playing Cannon Fodder, but hadn't actually heard of Sensible World of Soccer, in spite of it being made by the same developer, until earlier this month when one of the founders of Sensible Software launched a Kickstarter campaign to fund a spiritual successor.
0 Likes

We have the VGA version of both Larry 1 and 6 as well as the original non-VGA versions
2 Likes, Who?

Quoting: JudasIscariotWe have the VGA version of both Larry 1 and 6 as well as the original non-VGA versions

There's a difference here, though:

View PC info
Ah Cannon Fodder. Been playing that a bit here and there on my Amiga 4000D, of course had to stop for a while because my accelerator decided to take a dirt nap :( Finally got my 060 back in the machine, so maybe it's time for some more :D
0 Likes

View PC info
Well, I can report that they do indeed have both versions of LSL6. The VGA one runs with ScummVM, the SVGA one with DOSBox. Me, I'm satisfied. :)
3 Likes, Who?
1/3»
While you're here, please consider supporting GamingOnLinux on: