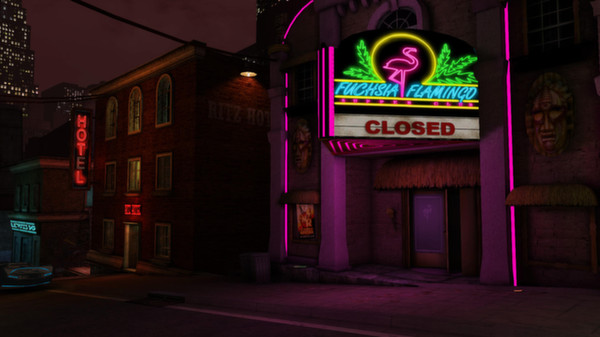 Eike 4 Dec, 2015
View PC info
Does anyone know why Bink video is that widely used?
What's the big advantage over say MPEG?
Is it more efficient for computer-generated graphics?
1 Likes, Who?

View PC info
So the rule of thumb then is, "Don't use/rely on 3rd party proprietary middle-ware"
6 Likes, Who?

View PC info
Bink is widely used because it's a more-or-less drop-in solution for "cross-platform" video. It's a shame that they don't support Linux any more, because they certainly used to - the between-chapter cutscenes in Neverwinter Nights used Bink.
3 Likes, Who?

View PC info
Bink's Unity plugin has supported Linux since August this year, but I guess the support came too late. Here's the changelog for those interested.

This is really too bad. I guess the game will remain unplayed in my library for the foreseeable future.
3 Likes, Who?

View PC info
Why on earth anyone would use Bink, when there are much better FOSS codecs like VPx? And now there are also Thor and upcoming Daala.

They should ditch this Bink junk and use FOSS codecs instead.

I looked a bink for a work project 5 years ago, I do believe it was available on Linux at the time as it was our targeted platfom.

I wonder if the game Her Story use the same codec, the developer mentioned that the videos were the reason to not have it ported to Linux yet. Shame, look like a interesting/refreshing game concept to me :/

Takamara 4 Dec, 2015
View PC info
A video codec was the reason for not getting the port? Surely it would have been easier to just switch codecs?
2 Likes, Who?
Xenon 4 Dec, 2015
Is it really that hard to play a video in Unity without that Bink. One could think a gameengine this size can do that...
1 Likes, Who?

Quoting: Takt's a shame that they don't support Linux any more, because they certainly used to - the between-chapter cutscenes in Neverwinter Nights used Bink.

Back in the days, they didn't support Linux either. That's why the "Movies" button is greyed out in the main menu in the Linux version of NWN. And that's why "nwmovies" exists, which does evil hacks to hook into an SDL call, and then calling an external movie player.

Back in the days, you used Wine and a Windows binary of a Bink tool that extracted the frames and the sound, and then used mencoder to recreate a video out of that. And then you used mplayer called from nwmovies to play it.

Later, they released a BinkPlayer for Linux that could play them. But it was horribly slow. Nowadays, thanks to the ffmpeg people having RE'd Bink1, you can use mplayer to play the Bink movies directly.

On-topic: see also my question in that thread and one of the Tesla Effect devs responding: https://steamcommunity.com/app/261510/discussions/0/558752449447050885/#p4 . I tried to poke them a bit to get some details what exactly is the big problem in extending the Unity plugin to also support the, as far as I am aware, existing plain Bink2 libraries for Linux.

Quoting: CubaseHowever, what I *do* know is: the Bink 2 SDK (at the time in which we were integrating it into Unity) was far from perfect, and we worked closely with multiple RAD developers to iron out the kinks and get it working. From what I remember: it took a few weeks to get it working in Unity, even with a supposed "complete" SDK. In fact, it was some of the guys on our end who discovered a few loopholes and tricks to get it to work. None of those strategies would translate over to Linux, however, and regardless of how much we tried, we needed RADs assistance to get it to work... but by this time, they had already considered our business over.

Which is a bit too vague for my liking, since I like me some details, but I think the general gist is clear. Yes, Bink2 libraries do apparently exist for Linux, but they couldn't it to work together with Unity on Linux (for whatever reason), and RADGameTools didn't help them further (for whatever reason).
4 Likes, Who?
1/4»
While you're here, please consider supporting GamingOnLinux on: