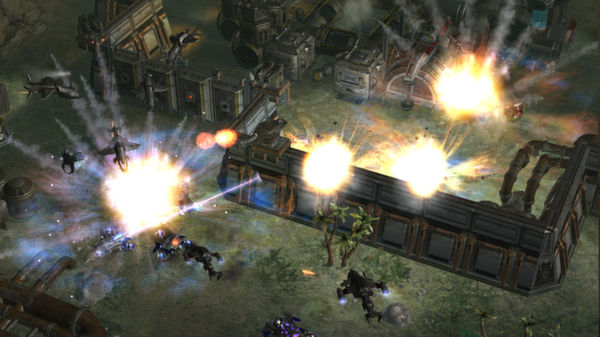 About the game
After the destruction of the EARTH in 2150, the leaders of the Eurasian Dynasty escaped on board an evacuation fleet. Now they are fighting for the survival of the human species. Their base is one large building comprising of smaller variable parts. The Lunar Corporation is already on the Red Planet and has to fight to find a new base and home after the destruction of the Earth. LC buildings are built one on top of the other, similar to a skyscraper, but with one big difference - they have the ability to defy all the laws of gravity to move quickly to a new location. Article taken from GamingOnLinux.com.
Tags: Steam, Strategy, Upcoming
0 Likes
Share

About the author - Liam Dawe
I am the owner of GamingOnLinux. After discovering Linux back in the days of Mandrake in 2003, I constantly came back to check on the progress of Linux until Ubuntu appeared on the scene and it helped me to really love it. You can reach me easily by emailing GamingOnLinux directly.
See more from me
Some you may have missed, popular articles from the last month:
The comments on this article are closed.
12 comments
Page: «2/2

Quoting: TheBossIt's obviously not an issue if these updates on SteamDB are from today.

That is not how this works. If a company request insolvency proceedings then it doesn't mean that ALL activity stops from this point on. Target of these proceedings is to get the company back on track and liquid again. Only if the company is in to bad shape then it will be terminated. However as part of these proceedings not so profitable activities can and will be canceled, which could affect the release of Earth 2160 for Linux. But we will see what will happen.
0 Likes

View PC info
That would be great! I would like to see EARTH 2140 on Steam as well.
0 Likes
«2/2
While you're here, please consider supporting GamingOnLinux on: