PAYDAY 2 now available on SteamOS & Linux, free to try for a few days 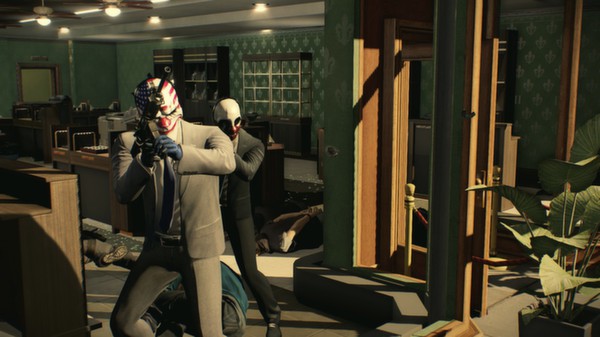 The co-op shooter PAYDAY 2 is now officially available on SteamOS & Linux, yet another popular game!

I’ve been waiting on this one as I am keen to play it to see what the fuss is all about. Being the bad guy is always more interesting than being forced to be the hero of everything most of the time.

It’s a shame it got review-bombed after they made some changes recently, but I can’t say if they are good or bad since it has only just arrived for us.

We will have our thoughts and a port report up as soon as we can. We had no advanced warning, so it will take time.

Up to four friends co-operate on the hits, and as the crew progresses the jobs become bigger, better and more rewarding. Along with earning more money and becoming a legendary criminal comes a new character customization and crafting system that lets crews build and customize their own guns and gear.

We do often include affiliate links to earn us some pennies. We are currently affiliated with GOG and Humble Store. See more here.
About the author - Liam Dawe
I am the owner of GamingOnLinux. After discovering Linux back in the days of Mandrake in 2003, I constantly came back to check on the progress of Linux until Ubuntu appeared on the scene and it helped me to really love it. You can reach me easily by emailing GamingOnLinux directly.
See more from me
Some you may have missed, popular articles from the last month:
The comments on this article are closed.
79 comments
Page: «2/8»

fagnerln 21 Mar, 2016
View PC info
I hate games without campaign (except "CS: GO", which has the nostalgia factor).
But it is good to see more games coming.
1 Likes, Who?

View PC info
I will finally be able to remove this from Windows tonight. Yes!
1 Likes, Who?

Liam Dawe 21 Mar, 2016
View PC info
I really don't get DLC hate. It's how developers are able to keep games going for so long. Most games have DLC now and the GOTY edition is cheap.

Will livestream when i have eaten and got to grips with it.
4 Likes, Who?

View PC info
Hm seems it was already in my collection. Must have been included in some bundle or something.

View PC info
I thought that the GOTY Edition would be the whole game but I guess I was wrong...

However dlcs doesn't have the tux icon.

So are all these DLC's required :o?
0 Likes


Quoting: BeamboomHm seems it was already in my collection. Must have been included in some bundle or something.

Lucky You, I got the first for free, but no port in sight.

Quoting: wolfyrionI thought that the GOTY Edition would be the whole game but I guess I was wrong...

However dlcs doesn't have the tux icon.

So are all these DLC's required :o?

Yeah, I have the same question - does the Linux version support the GoTY DLC packages, since they don't have the tux icon? I guess we'll find out when TheBoss livestreams later.
0 Likes

The multi-monitor support is a bit pants.

It displays on the 4K monitor I have in a tiny 1080p section of the screen, the rest is black. No option to go higher than 1920x1080 resolution.
0 Likes
«2/8»
While you're here, please consider supporting GamingOnLinux on: