By Liam Dawe - 1 May 2016 at 5:07 pm UTC | Views: 51,804
I decided to do a bit of a learning exercise today and do my first ever video comparison between two platforms. I picked Tomb Raider since that's what's hot right now. The performance difference between Windows 10 and Linux is quite large in Tomb Raider.

This is my first ever attempt, but I think it turned out reasonably well. The problem I've found is getting a smooth video of the benchmark on Linux, as all recording software made it slightly stutter (with no effect on actual FPS, tested against my previous results). This happens in some games, others are fine.

The second issue is the Tomb Raider benchmark is actually a little different each time with the animations that happen and their timings. Even in this video the timing of the animations at one point is different, but the rest is fine.

To note: This was on the exact same settings, double checked. High preset, motion blur off.

Also, the game is actually heavier than the benchmark as I noted in my port report. 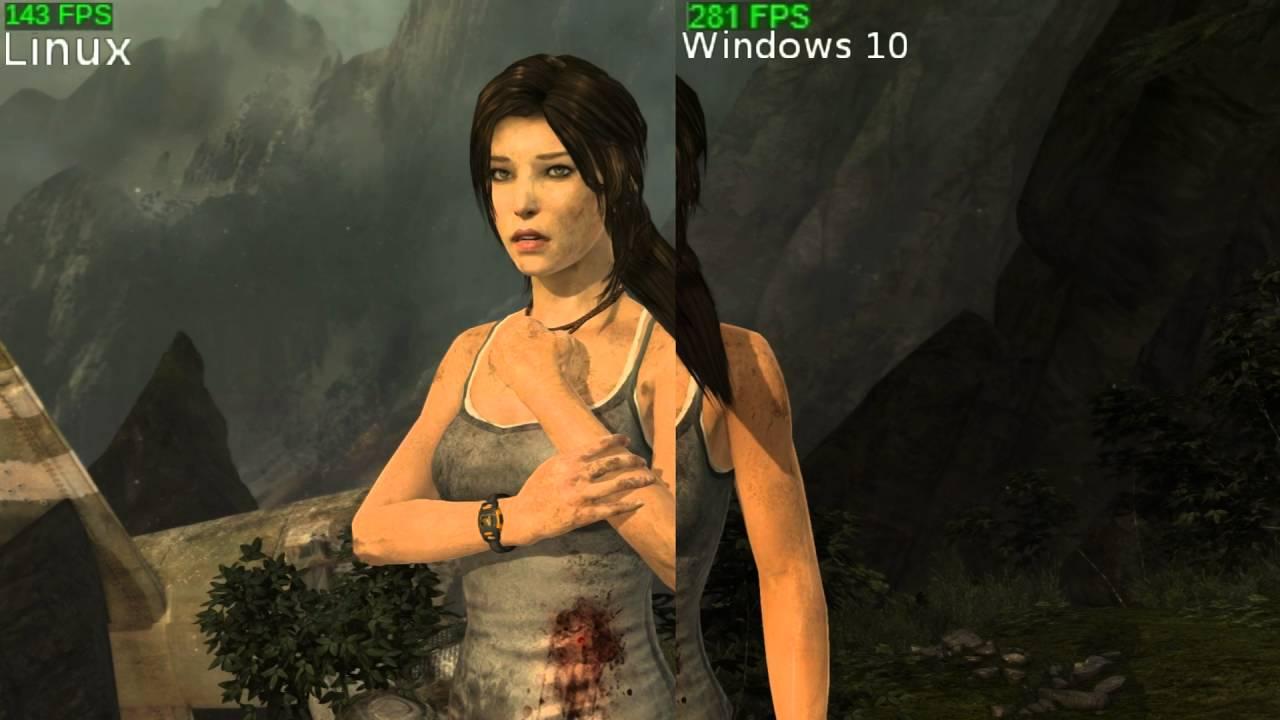 The performance difference is quite striking, and quite sad to see such a major difference in performance when testing it myself. Considering the power of my test rig, I do expect better.

I have no doubt Feral Interactive will push out future patches to improve things. They do support their titles very well, but it's still sad to see such a massive difference. I didn't even realize the difference was so large until I performed these tests. Article taken from GamingOnLinux.com.
Tags: Benchmark, Video
0 Likes
Share

Saladien 1 May, 2016
View PC info
quite sad that they released something so unoptimized.
1 Likes, Who?

spamatica 1 May, 2016
View PC info
They have ported it to Mac also, right? It would be interesting to know what kind of hardware is necessary there to drive this.
0 Likes

View PC info
it's to be expected though, since the game was originally developed for directx and not opengl.
as long as mid-range hardware gets 60fps roughly as average then that's good to me. as long as there aren't major frame spikes, then the gameplay should be smooth.
3 Likes, Who?

View PC info
On the bright side, there's nowhere to go but up! :D

Segata Sanshiro 1 May, 2016
View PC info
Loving the benchmarks and videos making their way onto GOL recently!
3 Likes, Who?

Quoting: neowiz73it's to be expected though, since the game was originally developed for directx and not opengl.

I tried explaining that to someone, and it descended into hell.
1 Likes, Who?

QuoteI have no doubt Feral Interactive will push out future patches to improve things.

Yeah, just remember Shadow of Mordor and XCOM 2, how improved they were after the initial Linux release. Hint: just a little, nowhere near the Windows performance and sometimes by downgrading the settings like in XCOM 2.

It's pretty sad to admit but "semi-native" ports from eON perform much better, sometimes even better than the original (ARMA 3). They suffer from stuttering on shader compilation, they crash or freeze from time to time (BS:I wasn't fixed if I'm not mistaken) but when they work, they're better than fully native ports from Feral.

Don't get me wrong, I love Feral and their work, they've already brought several AAA titles to Linux which aren't available via Wine or otherwise. And I don't care much about Windows and FPS there as I don't have Windows for 8 years now. Those are just facts about optimization that probably could be improved further. I'd like to read some technical insights from the Feral programmers, how they do their ports, what challenges they meet, how they profile the game and fix the bottlenecks etc. Maybe knowing the technical difficulties and that some things are just plain impossible to implement fast enough would spice it up a bit.
4 Likes, Who?

View PC info
Too bad you can't go back in time and install whatever driver version was out right before the release of the game on Windows. I wonder how many driver specific performance hacks there are for this game by now.
1 Likes, Who?