The Little Acre adventure game released for Linux, some thoughts 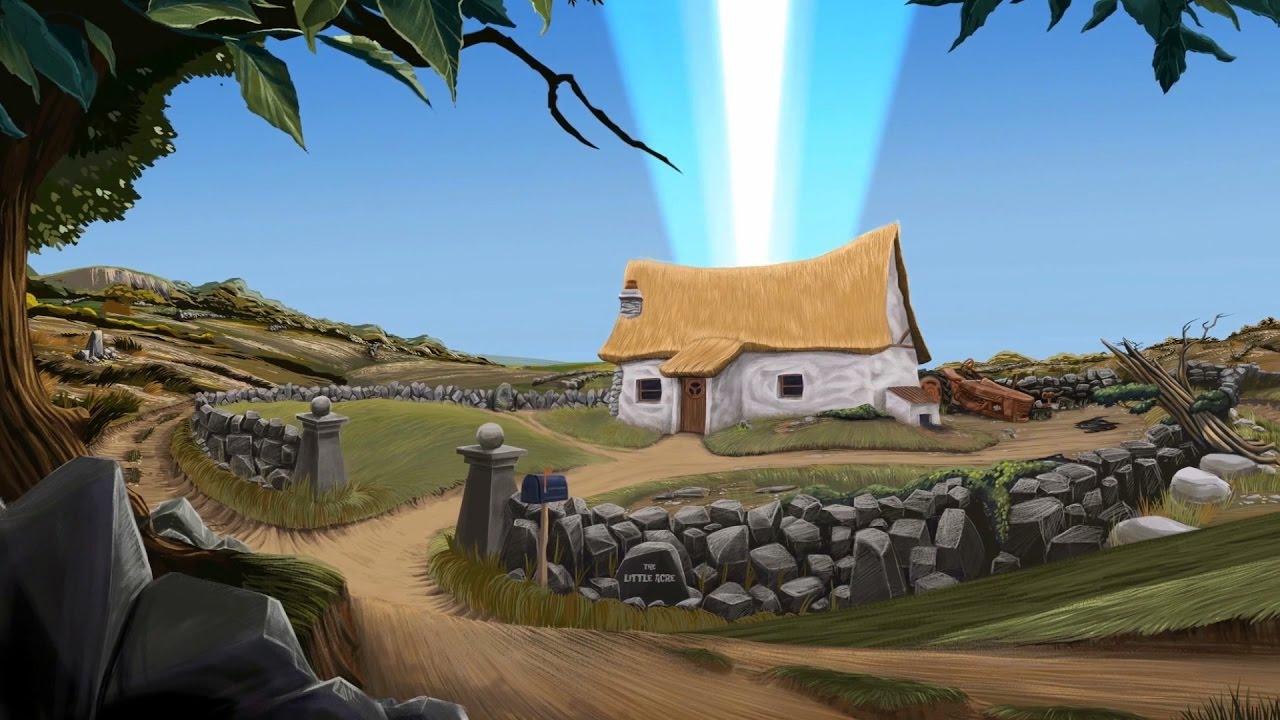 YouTube videos require cookies, you must accept their cookies to view. View cookie preferences.
Accept Cookies & Show   Direct Link
The Little Acre, an interesting cartoon-like adventure game was recently released for Linux. I gave it a go to see if it’s worth your money.

Disclosure: Key provided for me by my contacts at GOG.

The game has really quite brilliant visuals! The kind of graphics that would fit rather well into a cartoon series or movie and they did a truly excellent job on the style of the world. I was impressed from the moment I started playing to the last moment. The animations are beautifully done too, as everything looks so smooth.

Users with more than one screen will be delighted to know that the game sorts out resolutions correctly. You won’t need to go config-hunting to set the correct resolution—hooray!

The first part of the gameplay was quite amusing, as a parent myself it really spoke to me on the amusing effort you go through not to wake up the little one(s).

The game isn’t difficult, at all. Most of the puzzles were really easy to do, but this game is more about the story and the journey involved in it. If you do find some of them a bit tricky, you can get hints which was a nice touch to prevent any frustration for players.

While I really enjoyed it, there are two downsides of the game. The first is the voice actor for the little girl sounds too old and well-spoken for such a young character and the second is that it’s rather short. There’s a lot about the game that feels like we should already know some details, so if it was a bit longer it could have been given more details. I still enjoyed it, but it feels too short. Even with it being short, it still managed to capture my interest.

Overall, as someone who doesn’t tend to go for point & click adventure games I found it charming, funny and really well made. If you’re after an adventure experience that won’t take days then go for it.

We do often include affiliate links to earn us some pennies. We are currently affiliated with GOG and Humble Store. See more here.
About the author - Liam Dawe
I am the owner of GamingOnLinux. After discovering Linux back in the days of Mandrake in 2003, I constantly came back to check on the progress of Linux until Ubuntu appeared on the scene and it helped me to really love it. You can reach me easily by emailing GamingOnLinux directly.
See more from me
Some you may have missed, popular articles from the last month:
The comments on this article are closed.
1 comment
Chromaticdeth19XX 30 Dec, 2016
Compared to the Lucas Arts and Broken Sword games, the puzzles were particularly easy. I would say that the quality voice acting, humor, and animation were the saving graces of this game. The length of the game did feel truncated, especially in the latter third of the game.

The game's writer missed several key opportunities to drive the story forward emotionally. A prime example would be finding out what happened to the lost family member. That specific set piece should have hit with a lot more visceral impact, but it fell flat because there was so little time spent with the development of back story and the relationship of the family.
I wanted to feel propelled into action, to save the day, and feel triumphant in beating the main antagonist. What you are handed is a very empty victory that relies far too much on secondary or even tertiary characters. It left me feeling rather powerless as a player.

The game is still wonderfully humorous and it is still worth the three hours I got out of it. But, keep an eye out for how the difficulty and options drop off when playing as Lily as opposed to Aidan. That was highly frustrating and a little insulting to the general intelligence of the player. Yes, she is a small child, but she is written as somewhat of a child genius and those sections should have played quite a bit more challenging than what was presented.
3 Likes, Who?
While you're here, please consider supporting GamingOnLinux on: