Fumbling around with tanks in War Thunder on Linux, some thoughts

One title I never had the chance to actually get into is War Thunder, so I teamed up with Samsai to check it out. Here’s a video and some thoughts.

The game is available to download for Linux direct from the War Thunder website and Steam. So you don’t actually need Steam to run it which is great.

We decided to go for a tank run, as tank battles are much more interesting and generally easier to control over aeroplanes. Air battles are still surprisingly fun too, but much harder.

Here’s a video of myself and Samsai playing in the snow: 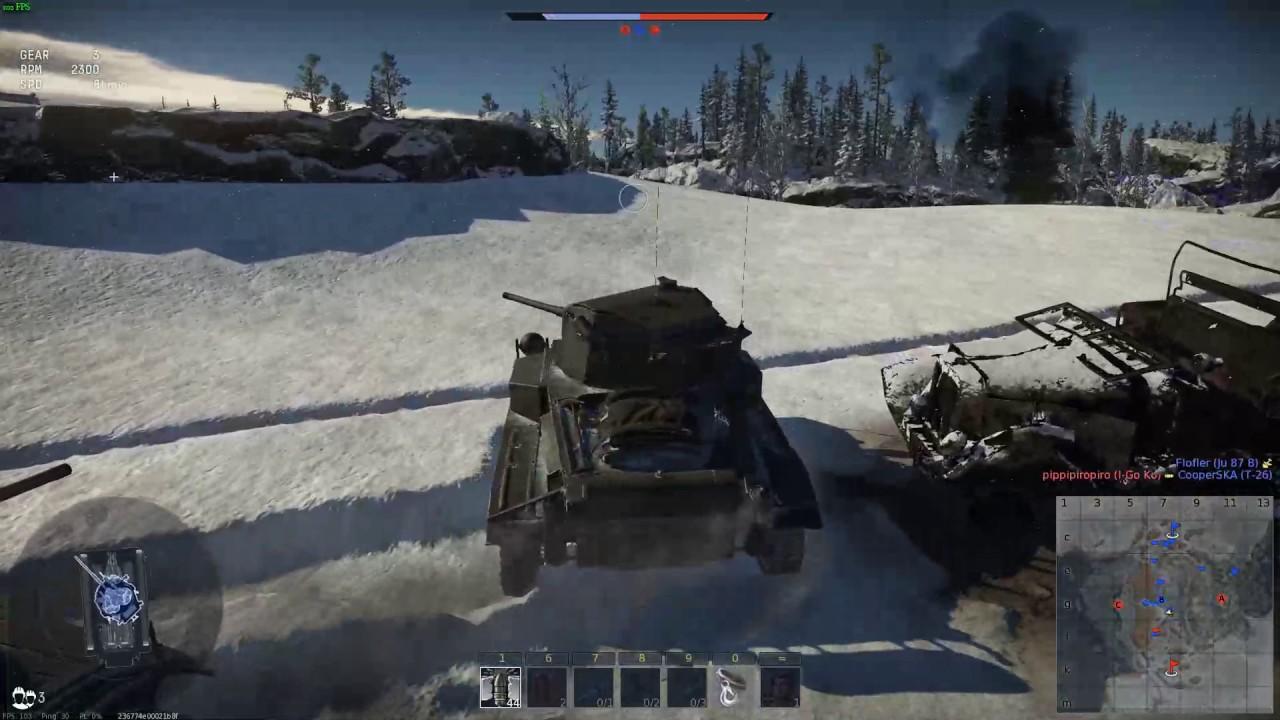 I have been genuinely surprised by it! For a free to play game, it’s really quite well made and I’m not surprised it’s as popular as it is. It does nag you a few times about doing some things to earn extra points, but surprisingly, it’s not in your face with micro-transactions. I expected it to constantly tell me to buy stuff, but it’s really nice to see a free game that doesn’t constantly bug you to spend money. That makes me consider supporting it, because it's not annoying.

You can do basic arcade battles, or more realistic battles, but for the purposes of testing we did the arcade mode. For someone new to the game, the arcade mode is probably the one to go for as it is quite a bit easier since enemy tanks are highlighted for you and you get a few other small helpers.

The missions are all simple, with your team needing to capture and hold specific points to bring down the enemies counter. It's a fun tug of war, with tanks, explosions and the occasional aeroplane run.

The x-ray vision you get when you hit an enemy is awesome, seeing how your shell impacted the enemy and what it damaged is very cool. It’s also quite interesting how it simulates different armour impact, fires that need to be put out and more. Seeing how you died is also a fun little feature which really makes me love it.

We did also test out the aeroplane combat modes as well, which are also very fun, but much harder to actually control and hit enemies as everyone is moving so much faster.

If you’re in the mood for a free game on Linux, be sure to check it out. I enjoyed it a lot, far more than I actually thought I would. A really good game to gather a squad of people to play with!

I will likely play more of it as I want to see what the higher level vehicles are like, so it will come to a livestream soon. Article taken from GamingOnLinux.com.
Tags: Initial Thoughts, MMO, Video
11 Likes, Who?
We do often include affiliate links to earn us some pennies. We are currently affiliated with GOG and Humble Store. See more here.
About the author - Liam Dawe

View PC info
This is one that I wanted to play, but my lack of Internet became somewhat of a hindrance. The login screen looked nice though.
2 Likes, Who?

View PC info
Played tanks only cause I sucked at planes. It's very fun in the beginning, but gets more pay-to-win after leveling up a bit. Still, a nice game!
0 Likes

View PC info
I love this game, I have been playing it for about 470 hours!!
0 Likes

View PC info
I tried this a little while back, I played the Air portion which was fun, a lot of fun dog fights. the one thing that turn me off of this game is how everything seems segregated. plus there's no troop combat at all. this game has fantastic gameplay and graphics. If only we could have all the combat parts together on one map. with tactical points to capture.
0 Likes

View PC info
Its a good game, I have allot of the tanks and planes but was disappointed with mid tier Japanese editions (their BR is WAY too high for allot of them) so I have taken a LONG break from the game until I see some BR changes or something to that line up.

Most the Tier4 Japan tanks are a hilarious joke in a frustrating way, there is the bulldog and that small recoiless tank which are fun, but that's it!

Quoting: hardpenguinPlayed tanks only cause I sucked at planes. It's very fun in the beginning, but gets more pay-to-win after leveling up a bit. Still, a nice game!

It's not pay to win. It's "pay to speed up grind" - which I find perfectly acceptable. Besides I get most fun out of level 2-4 aircraft (can't comment on tanks yet). The jet age tends to become a chore.
0 Likes

Quoting: TheRiddickIts a good game, I have allot of the tanks and planes but was disappointed with mid tier Japanese editions (their BR is WAY too high for allot of them) so I have taken a LONG break from the game until I see some BR changes or something to that line up.

Tanks or the planes? Because with planes the BRs are quite acceptable, some of them are (or were) clearly OP (Ki-100, A7M, N1K1), but that's something they share with all other nations. Tanks might be a different story - I'm still struggling with their tier 1 models.
0 Likes

View PC info
@neowiz73: if I understand correctly U want all kinds of weapon on same map plus infantry combat? Man, this make WT another clone of Battlefield, but much worse. Even now I’m sick of kids playing kamikaze with their planes. In my opinion air and land battles should be separated, unfortunately they won’t be as Gaijin wants WT as „complex battlefield simulation” (where „simulation” is really joke).
0 Likes

Anyway, there won't be the Witcher 3 on Linux unfortunately.
0 Likes
1/2»
While you're here, please consider supporting GamingOnLinux on: