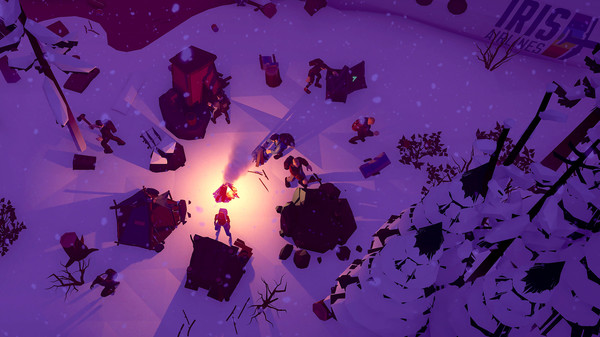 I am the owner of GamingOnLinux. After discovering Linux back in the days of Mandrake in 2003, I constantly came back to check on the progress of Linux until Ubuntu appeared on the scene and it helped me to really love it. You can reach me easily by emailing GamingOnLinux directly.
See more from me
Some you may have missed, popular articles from the last month:
The comments on this article are closed.
23 comments
Page: 1/3»
Aryvandaar 13 Feb, 2017

View PC info
Thanks for the heads up Liam.

However, I don't kickstart games anymore, unless on very rare occasion where the company has a very good track record.
3 Likes, Who?

Our hands are tied by the fact that we lied to you so that you would give us your money in order to make a game for a platform you don't even own.

It's too hard for us to not lie to you because we really wanted your money in exchange for nothing at all. I hope that clears things up - as you can see, because we are lying scammers, our hands were tied :)
12 Likes, Who?

I think developers are just like that:Dude,let's do the windows version first.As 90 percent of potential buyers are out there.If sales are going to slow down we will release Linux and Mac versions for getting one last sale.
0 Likes

Quoting: LeopardI think developers are just like that:Dude,let's do the windows version first.As 90 percent of potential buyers are out there.If sales are going to slow down we will release Linux and Mac versions for getting one last sale.

That's fine outside of crowdfunding - we get that Linux is a (proportionally) tiny market and that most devs are inexperienced with it - I think, as a community, we're pretty forgiving of (reasonable) delays and so forth.

It's entirely different when people have paid money up front on the promise of a (simultaneous) Linux release. We know from experience that these delays have a tendency to become permanent. Taking someone's money and then not delivering what you sold them is rightly criminal in any other context besides crowd-funding.

I think some devs go in knowing that they can get bit more money by offering Linux support then pull it later, confident that we have no recourse. They should be called what they are: scammers.
7 Likes, Who?

QuoteOur hands are tied now because having builds for different OS is too hard for us because we ...

" ... suck as programmers almost as much as we suck as people."


[Addendum: Personally, this is no loss to me. Besides their belief that snow turns purple at night, these guys are bringing nothing to the table. "SURVIVE IN A FROZEN BLAH BLAH BLAH!" Been there. Survived that.]

Mountain Man 13 Feb, 2017
View PC info
It's about time for Linux gamers to boycott Kickstarter. With over 3000 Linux games currently on Steam, and more being released every day, we can afford to be choosy.
3 Likes, Who?
TheroL 13 Feb, 2017
hmm.. maybe i should start to bother dev's i know about proper linux support, and maybe help them with linux testing..
0 Likes

Don't ever never preorder or kickstart!
2 Likes, Who?

View PC info
Did they really promise Linux/SteamOS during the EA period?

Ofc not having the SteamOS icon for the real release would be disappointing but if it's only EA I don't really care unless they drag it out for more than half a year or so.
0 Likes

View PC info
I'd like to chime in. After being burned by Kingdom Come: Deliverance and The Mandate, I'd be really hesitant about touching anything from Kickstarter. Getting a cheaper price isn't quite the same as buying a product you can have some certainty about. Delayed for years and not supporting the platform you use is not good enough. And here is another dev saying "can't be arsed supporting linux. Too hard".
0 Likes
1/3»
While you're here, please consider supporting GamingOnLinux on: