Serious Sam HD: The Second Encounter is now available on the Fusion engine with Vulkan

By Liam Dawe - 6 April 2017 at 9:35 am UTC | Views: 13,709
This slipped by me, not to be confused with the VR titles, Serious Sam HD: The Second Encounter [Steam] is now supported in Croteam's updated Fusion engine and it features Vulkan and Linux support.

Check out some gameplay I recorded of it running on Fusion with Vulkan: 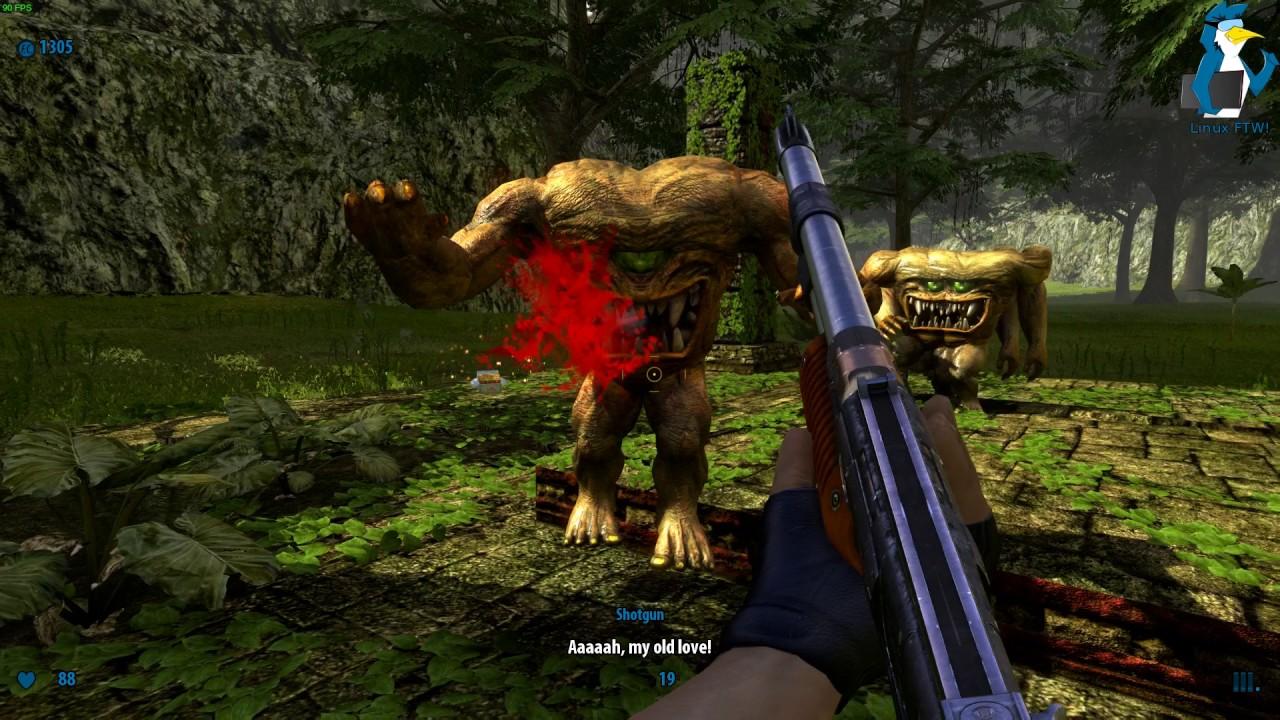 Like with the First Encounter, you need to buy the Windows version of Serious Sam HD: The Second Encounter linked above, which then enables the game on Linux with the Fusion engine. If you already have Fusion thanks to the first game, buying it will give you a 2.1GB update for Fusion which enables The Second Encounter.

I get that it's confusing, but you need to buy each game to enable it in Fusion. Since Fusion itself it just a game engine, so you need to own the base game to play it. Certain games only support Linux through Fusion too, like this.

Also, it's on sale at 90% off right now. A fantastic deal for some crazy FPS action from a company that supports Linux nicely.

Note: I did encounter a major issue with it. The Second Encounter campaign refused to load, until I loaded a survival map, quit back to the menu and then tried again. If you have problems, try that too. Article taken from GamingOnLinux.com.
Tags: Action, FPS, Steam, Video, Vulkan
4 Likes
Share

View PC info
Croteam needs cookies by the looks of it.

View PC info
Btw is the Vulkan bug already fixed where the game hangs when you try to load a Vulkan savegame?
2 Likes, Who?

Quoting: coesetaBtw is the Vulkan bug already fixed where the game hangs when you try to load a Vulkan savegame?

I Have the same problem. With OGL I don't have this bug
0 Likes
themixturemedia 6 Apr, 2017

View PC info
This is really great to hear more games with vulkan support coming out to Linux the better. I know we all want the "AAA" games that we see on Windows and that great companies like Feral and Aspyr are porting out. But there are so many good games like Serious Sam that are coming out and updated for Linux users. Myself I love what first party companies like Croteam is doing.
1 Likes, Who?

View PC info
Yes, thanks Croteam, I'm really excited about you guys helping to pave the way for Vulkan. :)

Another note for purchasing, in this case, would be that it's okay to buy the "Windows" version since the money goes to Croteam regardless of which icon is on the purchase :)
0 Likes

View PC info
Thanks for the update! I would have probably missed this otherwise. All the "Serious Sam" games for less than 10 euro, even though I already bought the "HD First Encounter" when fusion was released, it still feels like I'm practically stealing software from them when buying the whole bundle.
0 Likes

View PC info
FYI, The Serious Sam Complete Pack on Steam doesn't force you to rebuy games you already own. Since I already owned everything but SS HD: TFE and SS HD: TSE + DLC, I got these remaining games for only $4.36. :D
0 Likes

Quoting: km3kFYI, The Serious Sam Complete Pack on Steam doesn't force you to rebuy games you already own. Since I already owned everything but SS HD: TFE and SS HD: TSE + DLC, I got these remaining games for only $4.36. :D

View PC info
Sold a few trading cards and paid 50p for my copy of The Second Encounter :-)
1 Likes, Who?
1/2»
While you're here, please consider supporting GamingOnLinux on: