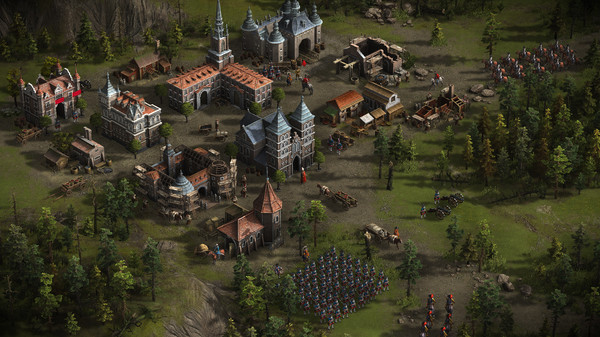 Cossacks 3 [Steam, Official Site], the strategy title from GSC Game World that is currently in Beta for Linux just got a patch today. It seems the developers are making progress on the Linux issues.

I really do have to hand to them, they truly stuck at it and put out a Linux version after a long delay and they continue to refine the Linux version to improve it.

Along with the usual assortment of fixes, these two stuck out in their changelog:


QuoteFixed an error, rendering Linux players unable to play with Windows users.
Fixed an error, causing units and buildings to render incorrectly on some Linux machines.

Cossacks 3 is currently on sale on Steam for 50% off, get it while it's hot.


QuoteThis remake of the classic game, that originally launched in 2000, contains all of the elements that distinguish the successful Cossacks games and combines them with contemporary 3D-graphics. Cossacks 3 provides the player with infinite tactical options, including not only the construction of buildings, the production of raw materials, but also the broad selection of various units and the influence of the landscape.

Sixteen nations, 80 different unit types, 100 research opportunities, and over 180 different historical buildings are available to the player. Besides the battles ashore, players can build an armada and attack their enemies at sea. Cossacks 3 offers five historic single player-campaigns and up to eight players can fight each other in multiplayer-mode on one map. The player can forge alliances with or against others as well as challenge the computer. Randomly generated maps provide endless variations and can be adapted to the gamer’s needs.

We do often include affiliate links to earn us some pennies. We are currently affiliated with GOG and Humble Store. See more here.
About the author - Liam Dawe
I am the owner of GamingOnLinux. After discovering Linux back in the days of Mandrake in 2003, I constantly came back to check on the progress of Linux until Ubuntu appeared on the scene and it helped me to really love it. You can reach me easily by emailing GamingOnLinux directly.
See more from me
Some you may have missed, popular articles from the last month:
The comments on this article are closed.
18 comments
Page: 1/2»
robiniseenbanaan 30 Jun, 2017
I bought the game. It works fine, but sometimes it just freezes and crashes and sometimes there is no sound. Is this just me or is this also a bug?
0 Likes

View PC info
I got no sound ingame as well. The discussion thread on steam indicates that this is more likely to happen on Arch, don't know what's causing it tho.
0 Likes

View PC info
Thats good, I literally just bought it a couple of minutes ago in the Steam sale.
0 Likes

Will try to invest some time into that one as soon as I get around it.
0 Likes
garyzw 1 Jul, 2017
Any word on when the Linux release will be on GOG?
2 Likes, Who?

N30N 1 Jul, 2017
View PC info
Linux/SteamOS support has also been added for the DLC. Unfortunately existing users don't get a discount, so I've requested a refund so I can pick up the Complete Experience edition.
0 Likes

View PC info
I tried with almost all mods from Steam Workshop, and i only get a blank page in the Mod Manager. Did you manage to use mods with your system ? I'm on Linux Mint nothing special.
0 Likes
Guest 1 Jul, 2017

Quoting: IdleGandalfI got no sound ingame as well. The discussion thread on steam indicates that this is more likely to happen on Arch, don't know what's causing it tho.

Alsa audio no doubt. Most ports are designed with Pulse in mind, even Ferral said this was ( they patched it ) was the reason audio didn't work on their Tomb raider port, everyone who mentioned it was on Manjaro,Arch or Gentoo using Alsa. Might not be though.
0 Likes

Quoting: IdleGandalfI got no sound ingame as well. The discussion thread on steam indicates that this is more likely to happen on Arch, don't know what's causing it tho.

Alsa audio no doubt. Most ports are designed with Pulse in mind, even Ferral said this was ( they patched it ) was the reason audio didn't work on their Tomb raider port, everyone who mentioned it was on Manjaro,Arch or Gentoo using Alsa. Might not be though.

Hm, I'm running Pulseaudio, even with the alsa -> pulseaudio mapping. Haven't had any problems in other games so far, don't know what Cossacks makes different in audio output here.
0 Likes
1/2»
While you're here, please consider supporting GamingOnLinux on: