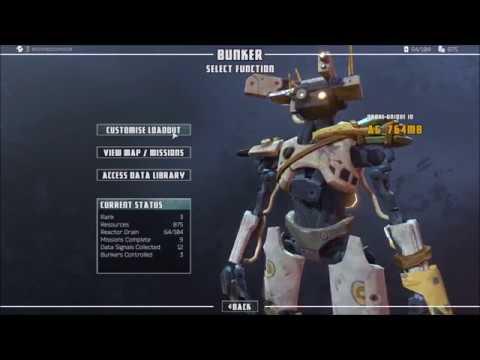 That's a small something, by itself not massively interesting. It was then mentioned again in another news post from the 18th:


QuoteAnd yes, we'll look at Linux after that! :D

However, let me direct you to this tweet from yesterday which reads:

I've offered my hand at testing, but I do suggest not spamming the developer with offers since they haven't specifically requested any yet. Just sharing as usual for those who wanted an update on the game, but it is exciting news!


QuoteThe Signal From Tölva is a journey into a wild, weird science fiction landscape, filled with danger and beauty: you must survive terrible hazards, navigate through impossible spaces, and fight an ongoing battle to control this haunted, blighted world. Explore, ponder strange texts, and find tranquillity between the battles. You will make use of a range of powerful tools to overcome your enemies and uncover secrets: hack robots to battle alongside you, equip powerful weapons, and detonate savage defence systems.

The Signal From Tölva is a first-person game of exploration and combat, set in a beautiful, hand-crafted, hand-painted sci-fi world.

Would you pick up a copy when it releases for Linux? Article taken from GamingOnLinux.com.
Tags: Action, FPS, Open World, Steam, Upcoming
12 Likes
Share

We do often include affiliate links to earn us some pennies. We are currently affiliated with GOG and Humble Store. See more here.
About the author - Liam Dawe
I am the owner of GamingOnLinux. After discovering Linux back in the days of Mandrake in 2003, I constantly came back to check on the progress of Linux until Ubuntu appeared on the scene and it helped me to really love it. You can reach me easily by emailing GamingOnLinux directly.
See more from me
Some you may have missed, popular articles from the last month:
The comments on this article are closed.
22 comments
Page: «3/3

AskQuestionsLater 21 Aug, 2017
View PC info
In my experience, when something runs far slower than expected, it's pretty easy to knock off a few defects and get a significant speed up. The difficulty comes in fine tuning the performance. I'm confident that Big Robot can get us comfortably into playable frame rates quickly - getting it on par or faster than the Windows build is the tricky part.
0 Likes
« 1«3/3
While you're here, please consider supporting GamingOnLinux on: