We Happy Few to launch on April 13th 2018, Linux release will be 'on or shortly after'

We Happy Few [Steam], the game about a drug-fuelled, retro-futuristic city in an alternative 1960s England is to launch in April next year. The Linux version should be on or shortly after too. 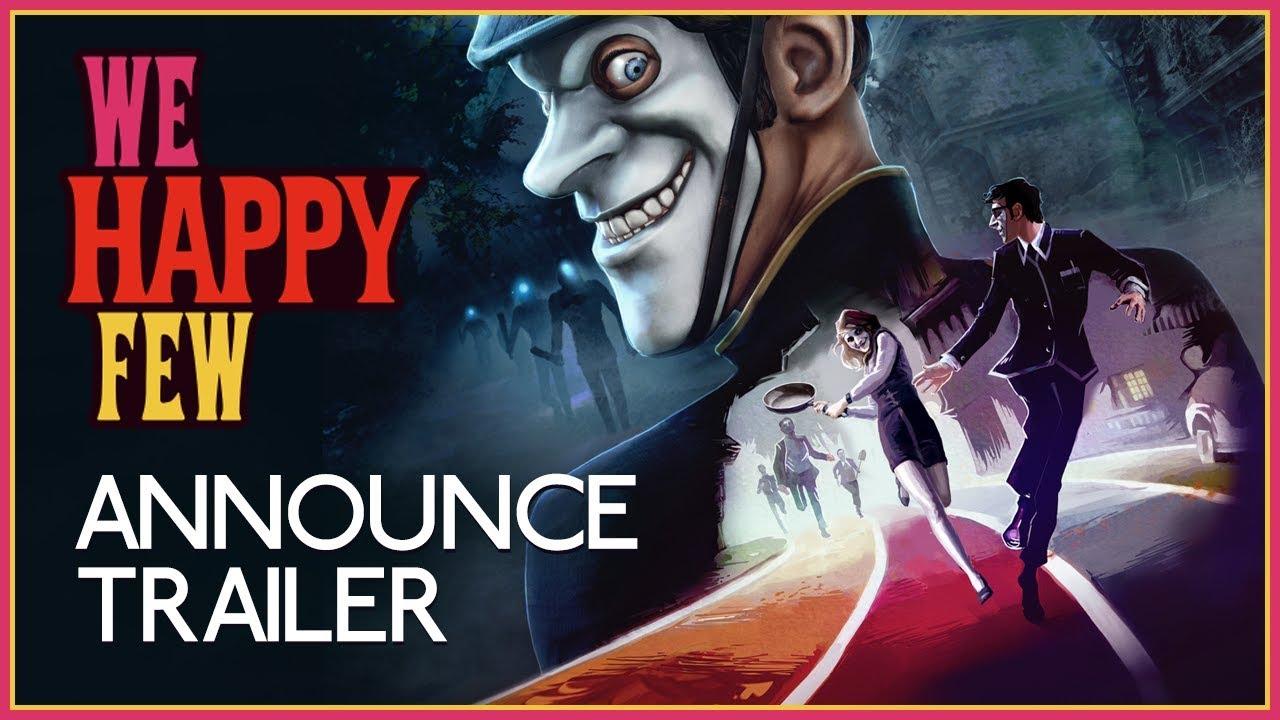 
QuoteWe are thrilled to finally announce that We Happy Few will be launching worldwide both digitally and at retail on April 13, 2018, for Xbox One, PC, and PlayStation 4! Mac and Linux will be arriving on or shortly after that date.

Also, they've partnered with Gearbox and their price is shooting up as it's "growing in scope". They will be expanding basically everything by the sounds of it and they claim it is "going to be unlike anything you’ve seen". A pretty bold statement, so hopefully they won't disappoint us. Who knows, it could turn out to be one of the best games on Linux next year?

It will be $60 at release, while being a bit cheaper while it's still in Early Access. Phew, that's quite the price increase!

See their full announcement here. Article taken from GamingOnLinux.com.
Tags: Steam, Survival
12 Likes, Who?
We do often include affiliate links to earn us some pennies. We are currently affiliated with GOG, Humble Store and Paradox Interactive. See more here.
About the author - Liam Dawe

View PC info
They do have big plans there - I hope it all goes well for them. The Linux version will depend a lot on the state of the UE4 engine by release time next year.
0 Likes

View PC info
I'm loving the vibe of this, it strikes me as somewhat Bioshock-ish but in a different setting. I'll definitely get this if released for Linux.
1 Likes, Who?

View PC info
I tried an early Windows demo of this & it was VERY VERY creepy, it's like Bioshock & Outlast got together for a quick night of passion & this game was the result, if it ever gets a Linux release I will happily take my daily dose of Joy. ;)
0 Likes

Quoting: Power-Metal-GamesI'm curious how they found that they will publish it 13. April 2018?

From the announcement linked in the article. Forgot to link it, fixed it now.
0 Likes

Quoting: lucifertdarkI tried an early Windows demo of this & it was VERY VERY creepy, it's like Bioshock & Outlast got together for a quick night of passion & this game was the result, if it ever gets a Linux release I will happily take my daily dose of Joy. ;)

I guess we all know what to make Samsai play when the time comes!

2 Likes, Who?
«2/2
While you're here, please consider supporting GamingOnLinux on: