DUNGEONS OF CHAOS, a retro turn-based 2D pixelart RPG is now on Linux

DUNGEONS OF CHAOS [Steam, Official Site], a retro turn-based 2D pixelart RPG from Volker Elzner is now on Linux. I do warn you though, this is a very retro RPG. 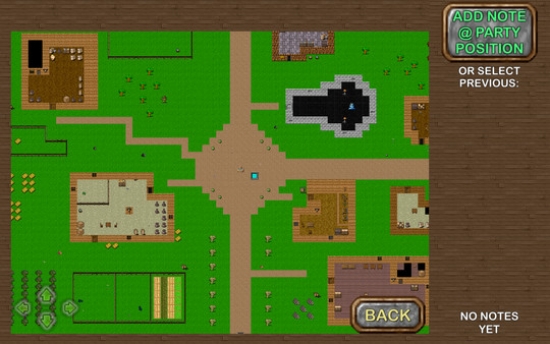 The game is actually inspired by titles like Ultima 3,4,5, Phantasie III and many others. While it was release on mobile platforms first, the developer told me it was designed with cross-platform in mind from the beginning.

A game where you can create your party of 6 characters with a few clicks, or spend more time creating a customised party with feats unlocked in previous plays. Where exploration is encouraged and rewarded, with no level cap, non-linear side quests and a vast array of items, item properties, shops and enemies.

The game already has over 30000 happy players on other platforms, and most often they mention the likeness to 80s RPGs like Ultima or the goldbox games. It is retro. Your hand will not be held. It does not try to have realistic 3D graphics. It is not multiplayer, and never will be. If you long for the days when you traded your sleep for a chance to direct a party of adventurers through pixelated lands of exploration and battle glory, then you may want to give it a try.

The developer, Volker Elzner, worked on alone and that always impresses me.

I'll be honest, these types of RPGs were before I properly got into gaming, so I'm not the target audience. However, the developer did send in a key and I gave it a quick go. As far as I can tell the Linux version works pretty well. The interface could do with some PC-specific improvements that's for sure, things like details on hover would really help the accessibility of the title I think.

Like all good RPGs it has a levelling system, different classes, plenty of loot to find and equip and a big world full of quests to explore.

If you're after an extremely retro RPG that you can sink many hours into (some positive user reviews have over 100 hours!), you might like this. Find DUNGEONS OF CHAOS on Steam for £5.99.

View PC info
I actually never played the old games this is inspired by.
I do like the style and slow pace though.
(Also I swear one of the sprites was in an android game called Saga RPG.)
0 Likes