Some thoughts on Pankapu, a 2D action-platformer with metroidvania elements

Pankapu [Official Site, Steam, Humble Store], by Too Kind Studio, has launched its second and final episode on September 20, 2017. The first episode launched back in September 2016, after a successful Kickstarter campaign. Here is a short summary of the game, as well as some thoughts on it.

Disclosure: I backed this project when it was on Kickstarter. 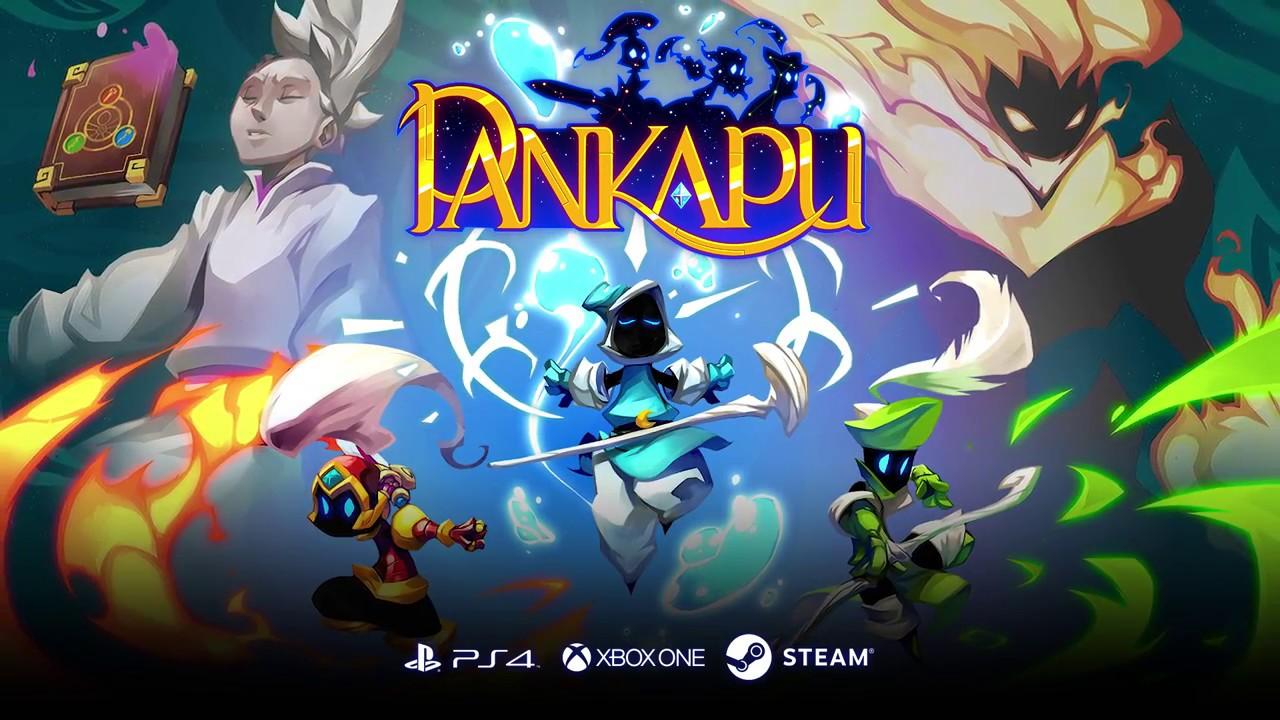 The communication during development was excellent. The developers, Too Kind Studio, sent regular and detailed updates about the project. The first episode was released on Linux on day one. It would have been the same for the second episode if not for a problem with the Steam configuration, which made it temporarily unavailable for Linux and Mac users. This was easily my best experience with Kickstarter. No sudden breaks in communications, no delays, no bitter surprises. This was crowdfunding done right.

You play as Pankapu, a Dreamkeeper, charged by the godlike entity Iketomi with protecting Omnia, the world of dreams, from the creatures of the nightmare. For this, you wield a few different Aegis, magical armour and weaponry that aid you in combat, each giving you new abilities. You can switch between them at any time. Each of them also has variations. Almost all different variations felt relevant up to the end of the game, although I had favourites, as you most likely will too.

The game is divided into levels. You have to get to the end of each level in order to unlock the next one by slashing and jumping your way through, although some of them have different gameplay mechanics, which helps keep things fresh. Overall, the controls felt tight and responsive. Character upgrades are also scattered throughout the levels. In Metroidvania fashion, sometimes you may not yet have the necessary ability to get to them, and will have to come back to it later when you do.

The difficulty of the game ramps up pretty smoothly. The first stages do a good job of introducing you to the game, while the latter stages, especially the bosses, can be quite a challenge. Instant death mechanisms like pitfalls and lasers become more common near the end, but never does it feel unfair. Whenever I died (and I did... a lot), it was either because I messed up or was reckless. When you die, you respawn at the last checkpoint you came across, which is often not too far back. Apart from a few exceptions, they felt well distributed. Also, whenever a new enemy or hazard appears, its first occurrence is often isolated from the others, giving you the opportunity to investigate it.

The story takes the form of a story being read to a child. As such, the world of dreams in which the game takes place has a very innocent feeling to it. Glimpses of the child's real world, not quite as cheerful as the world of dreams, are also shown. The game also adopts a very colourful art style reminiscent of a storybook. I found it to be gorgeous and to blend well with the rest of the game. In addition to the beautiful backgrounds, objects such as foliage are also visible in the foreground and sometimes hide secrets. I would sometimes just stop to admire the art, it is really that good looking.  From the press kit:

Cutscenes take the form of moving images (like an animated comic strip). Again, I found it to fit very well with the storybook theme, like when you look at a picture and imagine the action in your mind. The theme even extends to the pause menu. I really like what they did there. It includes lore about enemies, characters and places you have encountered. The developers really fleshed out the universe they created, while still leaving room for the player's imagination to wander, in true fairy tale fashion. Moreover, the music does a great job at contributing to the overall feeling of each level. The narrator uses a similar effect during the cutscenes.

It took me about 15 hours to beat the game and find all the items, which felt reasonable to me. A time trial mode also becomes available at some point, but I have not tried it yet.

There are sometimes weird sentence constructions and wording even a non-native English speaker like me could spot.

The graphics options are somewhat lacking. You can choose the resolution, toggle fullscreen and anti-aliasing, and that's about it. Fortunately, the game runs pretty well, even with my almighty Intel HD graphics GPU, although sometimes there were slowdowns in heavily animated parts. Thankfully, this did not happen very often.

Overall, I really enjoyed my time playing this game! The art is gorgeous and the gameplay very solid. I look forward to what comes out next from Too Kind Studio.

From the press kit:

2D story-driven action-platformer (with upgrades, secret passages, and even an annoying fairy-like companion). Pankapu is a colorful game in which you can transform freely from Warrior to Archer or Mage. Switch wisely between your three Aegis and master them to fulfill your destiny and defeat Gangreyn, the Prince of Nightmares.

Told in the manner of a fable read to a child, the game has two levels of reading: the story of Pankapu, epic and naïve in the dreamlike world of Omnia, and the one about Djaha’rell's life, in the real world, dark and tragic.

Article taken from GamingOnLinux.com.
Tags: Action, Humble Store, Platformer, Steam
7 Likes, Who?
We do often include affiliate links to earn us some pennies. We are currently affiliated with GOG and Humble Store. See more here.
Some you may have missed, popular articles from the last month:
The comments on this article are closed.
2 comments

View PC info
This game immediately caught my eye back then on Kickstarter with its art style and I wasn't surprised to see the developers were former Ankama employees. Ultimately I didn't back because I'm not that into platformers, but it's nice to see they managed to do something good and pulled through with Linux support.
3 Likes, Who?
no_information_here 28 Sep, 2017

Hmm. I like platformers and the art style is nice so I picked it up for a decent price. Initial thoughts after half an hour:

- Art is beautiful. It reminds me of Dust, complete with sidekick for exposition.

- Controls are OK. Defaults to xbox style and the steam controller works fine. For a recent comparison, it is not quite as tight as Steamworld Dig 2, but serviceable.

- Camera and view area is not quite right. Certainly playable, but sometimes the view is too zoomed in, or stuck too high for the area you are playing in. The camera also follows play in a way that makes the view area jump too much.

- Story and voice work is decent. Nothing revolutionary, but it carries the game so far.

Overall, it seems like it has a lot of promise. It seems a little unpolished, with some rough spots. Hopefully the devs keep refining the game!
3 Likes, Who?
While you're here, please consider supporting GamingOnLinux on: