Aspyr Media officially confirmed the details today in their email, which states:

InnerSpace, the exploration flying game set in a universe of inside-out planets, will be available January 16 for Switch, Playstation 4, Xbox One, PC, Mac, and Linux for $19.99.

Currently, they've only said it will come to Steam for PC players. I've asked if it will come to GOG or if it will get a DRM free release on the Humble Store. I will add a small update below here if/when they reply. Update: I have it confirmed the Linux version will be on GOG too, they're hoping for same-day across Steam & GOG.

They also have a sleek new launch trailer: 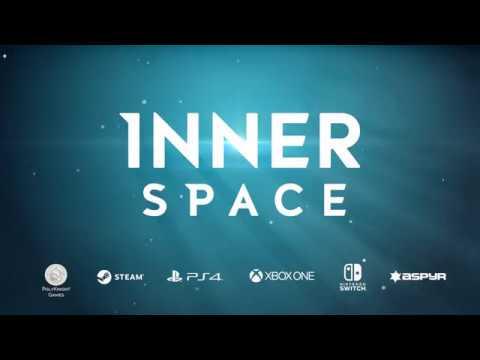 In the final days of the Inverse, you must help the Archaeologist recover the last remaining memories before they are lost forever. Fly through ancient skies and abandoned oceans to discover the lost history of this fading realm, where entire civilizations have died, yet their gods still wander.

InnerSpace is an exploration flying game set in the Inverse, a world of inside-out planets where gravity pulls outward instead of in. InnerSpace began as a project among college friends and evolved into a successful Kickstarter campaign in 2014. After years of development, PolyKnight is proud to welcome you to the Inverse. Your greatest journey is within.

I've requested my review key, so hopefully I can have some thoughts up at release. I'm excited, because it does look absolutely beautiful and that trailer has me itching to learn more about the world.

Article taken from GamingOnLinux.com.
Tags: Adventure, Exploration, GOG, Steam, Upcoming
10 Likes, Who?
We do often include affiliate links to earn us some pennies. We are currently affiliated with GOG and Humble Store. See more here.
About the author - Liam Dawe

View PC info
Gotta hand it to you Aspyr, you sure find the gems to place your money on!

Could be a pleasant game, hard to tell from the trailer!

Oh and thanks for asking about a DRM-free release Liam, I’m glad it will be on GOG too.

View PC info
I think this was one of the final games I backed on Kickstarter. It's late, I'll check tomorrow.
0 Likes

View PC info
A gameplay trailer would be welcome.
sounds nice to have video games without killing or competing, building on discovery and exploration.
0 Likes

View PC info
I quite like the aesthetics, will put it on my radar.
0 Likes