Finding Paradise, the follow-up of To the Moon is now officially available on both GOG and Steam as it released with same-day Linux support. As a reminder, you do not need to have played To the Moon to enjoy it!

Disclosure: Key provided to us by GOG, links to GOG are affiliate links. 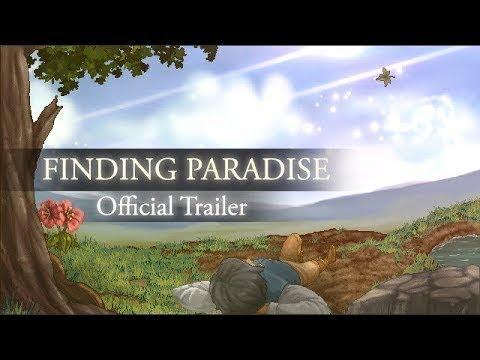 The version tested from GOG comes with both 32bit and 64bit builds, so it should work for the majority of gamers interested in playing it. For me, it worked without issues. I do wish the scrolling was a bit smoother, it does seem a little sluggish, but it's not a big issue.

Due to the severity of the operation, the new life becomes the last thing the patients remember before drawing their last breath. Thus, the operation is only done to people on their deathbeds, to fulfil what they wish they had done with their lives, but didn’t.

Finding Paradise is the 2nd full episode of To the Moon's series. It follows the life of the doctors' new patient, Colin, as they attempt to unravel a life that is split down the middle, and fulfil a wish that appears to be self-contradictory by nature.

The whole idea of the game is brilliant, the ability to go back through a dying persons mind and as someone who hasn't played To the Moon (I know, crazy right) I found it fascinating. The idea of talking to someone that's unconscious, being inside their mind as their life fades away, it's all obviously quite surreal.

I thought it was a really lovely thoughtful experience, I highly recommend it. I'm not usually one to get so heavily invested in these types of 2D story-heavy adventure games, but it surprised me from all angles.

It's hard to talk about such a game without spoiling things constantly, but I can say that I really enjoyed the humour. It's playful and silly like the quote above and quite childish too, but memorable. It didn't make me sob, but it did make me think about life and mortality—a lot. I was quite aware that I was just taking part in someone elses story, helping them along the way, but even so I wanted to keep going and find out more.

It actually somewhat reminded me a little of an episode of Black Mirror named "San Junipero", if you enjoy Finding Paradise and haven't yet seen any of Black Mirror, make sure you watch that episode at least.

You can grab Finding Paradise on both GOG and Steam.

View PC info
You haven't played "To The Moon"?! That's absolutely inexcusable, go get it and play! A rare gem with pretty simple but charming graphics and lovely music. Not everyone likes it, have to admit, but same could be said about any game. It's important not to "oversell" a title as it happened to me with Undertale. I had my expectations raised way too high so in the end it was not that exciting at all. But I would cautiously assume that if one likes romantic anime, "To The Moon" is a must play, it has all the required ingredients. Of course, I'll get "Finding Paradise" as well.
3 Likes, Who?

Quoting: Comandante ÑoñardoI cried like a hungry baby with To The Moon.

I cried like a fountain with Undertale! Still need to play To The Moon. So many great games, so little time!
0 Likes

View PC info
I got my copy the moment I saw it come up on Steam, and plan to start playing tomorrow. Looking forward to another triumph.
1 Likes, Who?

View PC info
hope it comes to mobile too.
0 Likes

View PC info
I picked this up on GOG and I am waiting til tomorrow to play with my kids. Loved To The Moon.
1 Likes, Who?
mcphail 16 Dec, 2017
I loved To the Moon, and had a lump in my throat by the end.

I played Finding Paradise through in one sitting last night, and sobbed like a child for the final hour.

Beautiful, beautiful game in my opinion. If you hated To the Moon, you're not going to like this as it follows the formula to the letter. If you enjoyed the first title, the current story may affect you more or less than the previous one depending on how much it resonates with your own life. I would give it my strongest recommendation.
2 Likes, Who?

View PC info
I love To The Moon and I had to focus a lot to not cry like a baby, but my eyes were watery through most of the game. I should definitely get this one but I'm not in the mood for it right now.

Quoting: Comandante ÑoñardoI cried like a hungry baby with To The Moon.

I cried like a fountain with Undertale! Still need to play To The Moon. So many great games, so little time!

To The Moon is only 4 hours, there is no excuse. I would recommend playing it in one sitting, tho.
0 Likes
While you're here, please consider supporting GamingOnLinux on: