FPS game 'Day of Infamy' has a big update with a new map, new environment art and more

The FPS game Day of Infamy [Steam] has a big 'Flak Tower' update out, which includes a new map and environment art. They also upgraded to a 64bit version of the Source Engine, but it seems the Linux version didn't get that. The release notes state it's for Windows and Mac, so I double checked and the Linux version is still 32bit.

Here's a trailer for the update: 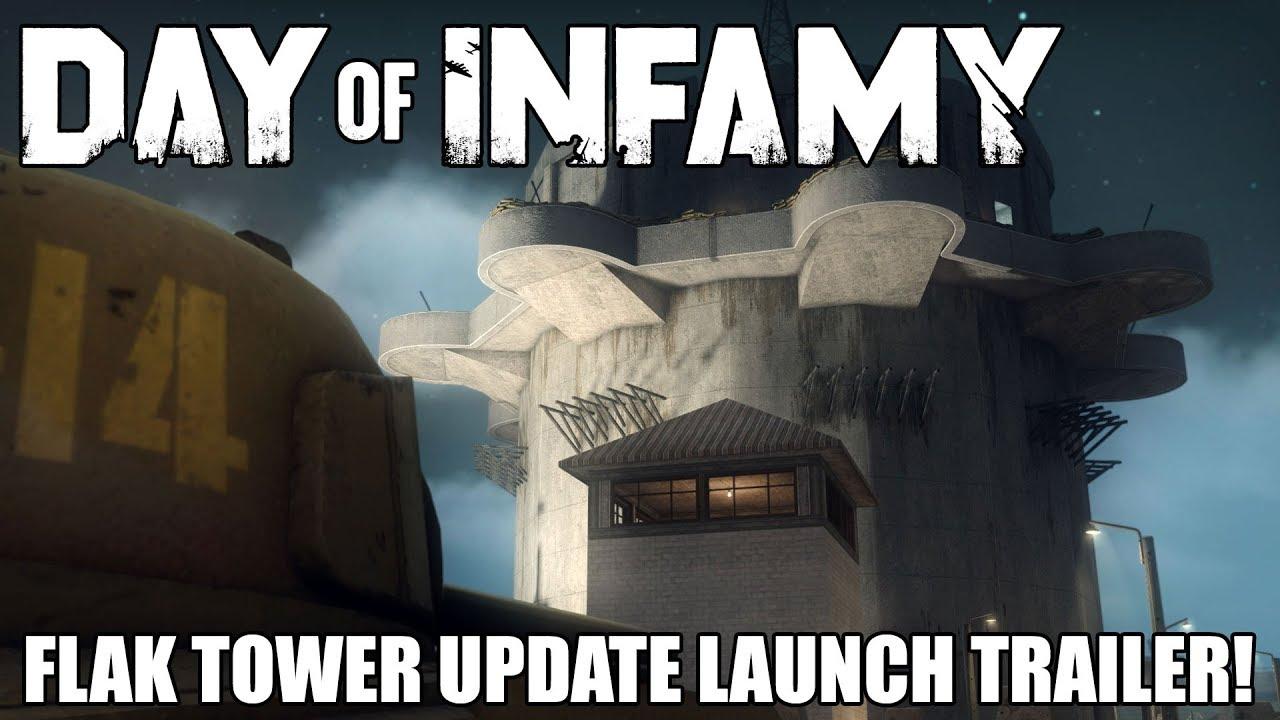 The update comes with a new map, the "Flak Tower", which can be played across various game modes. It looks good and introduces a mechanic where you need to get through blast doors in order to proceed. Support players also now have the ability to drop ammo for themselves and team mates, making the role a lot more useful too. Dropped ammo can be picked up by the enemy team as well though, so be careful.

They also fixed a bunch of bugs. You can read the full patch notes here.

On top of the Linux version not getting the 64bit build of the Source Engine, the Linux version still has the bug where it doesn't show you as in-game, so the community features don't work at all. I did send a support ticket for that some time ago, with no word on a fix. I've sent a tweet today and opened a new post in their Steam forum to see what's happening for Linux gamers.

It's a good FPS and I do think it's worth checking out, but it's another developer who needs to spend a little more time making the Linux version a better experience.

View PC info
Kinda sad.
Was hoping to buy this for X-mas sale for my mates , but if it's broken and I can't play with them , then ... oh well.
0 Likes

View PC info
A quick fix for the bug, not be shown ingame is , to set the "crash_handler" in /steamapps/common/dayonfinfamy/ to NOT executable.
Works with insurgency too.
2 Likes, Who?

Quoting: razing32Kinda sad.
Was hoping to buy this for X-mas sale for my mates , but if it's broken and I can't play with them , then ... oh well.

There isn't any problem in the game with playing with other people.
0 Likes

View PC info
Still has that loading bug it's also not very stable to what it was before patch.
1 Likes, Who?

View PC info
This is a shame. :( DOI is my favorite Linux native FPS hands down. But lately it's been giving me nothing but headaches. I recently switched to Ubuntu 17.10 and it simply would not work, would not even execute program.

I thought it was my Mesa drivers alone at first so I downgraded them to padoka stable ppa from the regular padoka ppa, as sometimes the bleeding edge drivers can have issues, and it still would not start. Then I downgraded back down to Ubuntu 16.04.3 and it worked fine on that. So I'm thinking DOI doesn't like 17.10's newer default kernel.

Also, the dreadful loading times they have yet to fix make me want to wipe my exterior with a live, very upset porcupine. What is the deal with that? By the time I load into the game I have to either wait for a while to join in or the match is nearly over. Sheesh!

With that said, I still love this game and I hope that the devs don't drop the ball and hopefully they give us the 64-bit upgrade and squash these bugs and niggles in the near future. A man can dream eh?
0 Likes
hoolaparara@yahoo.co.uk 15 Dec, 2017
Hmm quality issues too, so how many people are there playing it?

I bought Ballistic Overkill based on the opinion here but could only get 3 games with players in the 2 months I've owned it.
1 Likes, Who?
Whitewolfe80 15 Dec, 2017

Quoting: hoolaparara@yahoo.co.ukHmm quality issues too, so how many people are there playing it?

I bought Ballistic Overkill based on the opinion here but could only get 3 games with players in the 2 months I've owned it.

Really i get into full games all the time i jacket the game in because i am really really bored of the same three maps being in rotation.
0 Likes

Plintslîcho 15 Dec, 2017
View PC info
This is currently the only game I'm playing besides of The Signal from Tölva and I'm still greatly enjoying it. No problems whatsoever. The new map is a pure frenzy though, not my cup of tea. Gave it a once-over yesterday in coop and am not looking to playing it again. Looks great though.

I appreciate all the improvements New World Interactive is doing to this game. Played a couple of rounds of Insurgency lately, and geez, this game is so much better in my opinion (and so are the players).
0 Likes

View PC info
Are you having black trees in-game? I just bought it and it's annoying me a great deal, I think it's going to be a refund.
0 Likes

Quoting: omer666Are you having black trees in-game? I just bought it and it's annoying me a great deal, I think it's going to be a refund.