The MMO 'Project: Gorgon' has an experimental Linux version, it's not bad at all & free for now

Not getting enough MMOs on Linux? Project: Gorgon [Official Site] looks like a somewhat promising MMORPG that's currently free while it's in Alpha.

The game is being made by Eric Heimburg and his wife Sandra Powers, two veterans who've worked on titles like Asheron’s Call 1 and 2, Star Trek Online, EverQuest II and others. For a little history on their funding: The game was originally funded on Kickstarter with $74,781 secured, this was way back in 2015 and they said in their FAQ even then that they did want to support Linux. On top of that, they secured a further $17,230 from IndieGoGo back in 2016.

First, here's a trailer to get you up to speed on it: 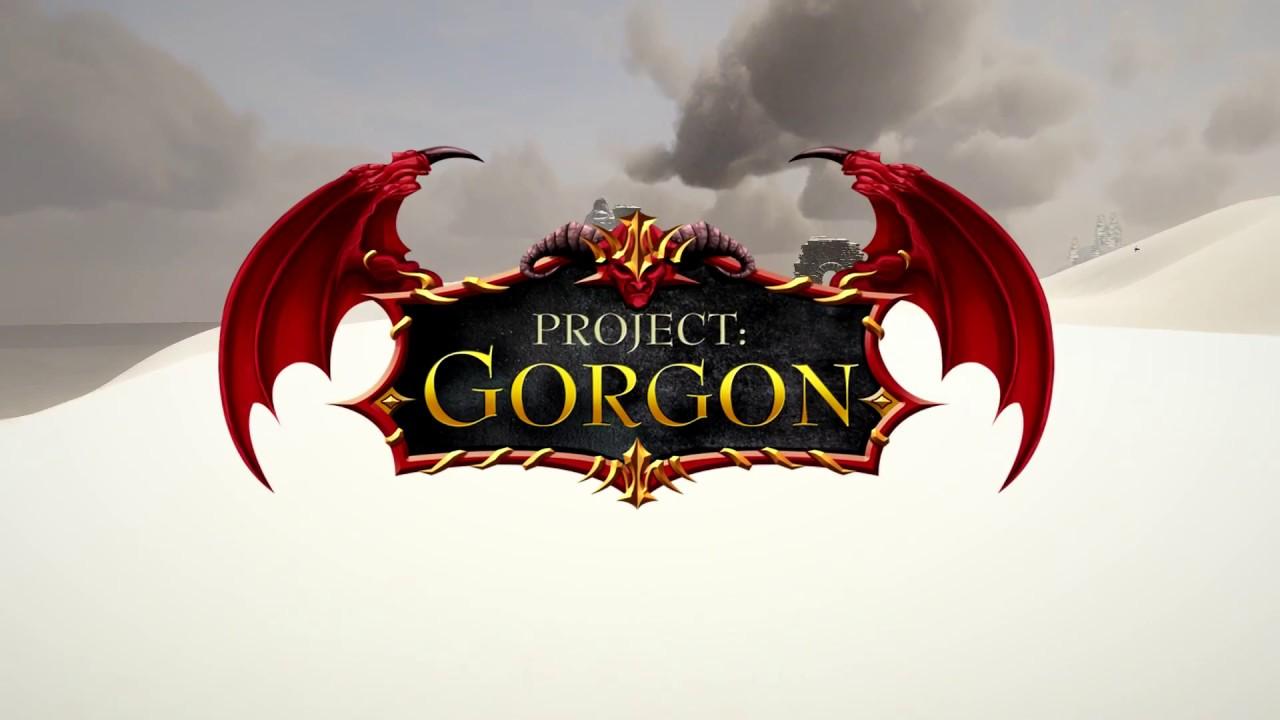 You can find the launcher download here. I won't directly link it, since they could update the download link and change filenames and so on. To be clear, that's just the launcher, which will then download a few GBs more resulting in it using around 7GB space, so make sure you have some room free.

For player skills, they've gone down the route of being more of a sandbox. You don't pick a specific class, instead you choose the specific skills you want to level up. Personally, I actually prefer this approach and I often like to mix and match play-styles depending on what I'm doing, without having to work with multiple characters.

There's currently three different races: Human, Elf and Rakshasa (they look like humanoid Lions), with both male and female options as well as some customisations like hair, skin tone and so on. I chose Elf for my testing, because I couldn't pass them up after how the game describes them as "sex-addicted", too amusing not to pick them.

As for the game, it actually seems to run quite nicely. Performance was quite poor on the highest setting, but on the "Beautiful" setting it seems to stay around 60FPS and feels smooth enough for me. It's not the best looking game, but it is still quite early in development, but here's a nice shot of it running on Ubuntu 17.10: 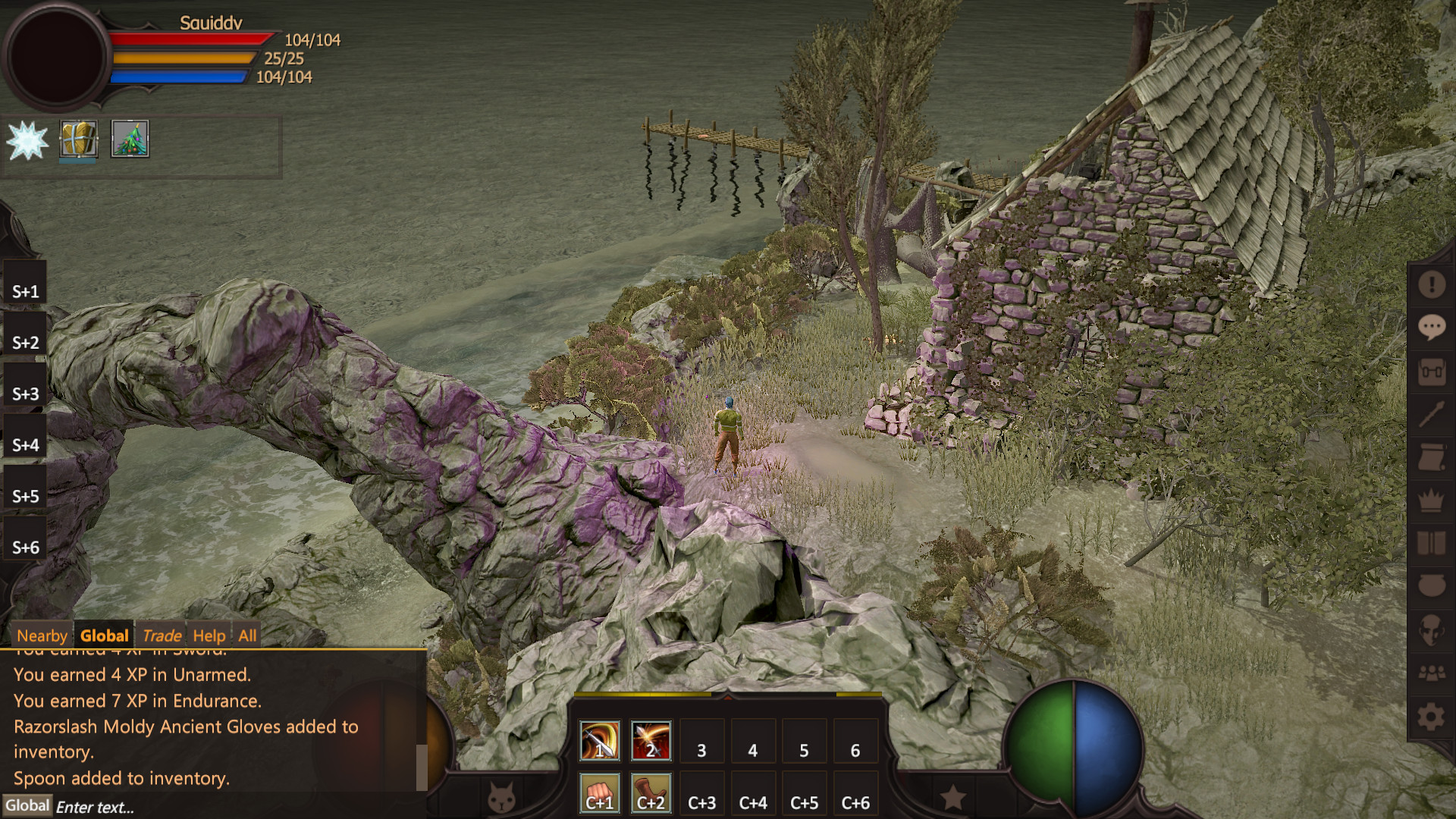 It uses WASD controls for movement, right mouse button to move the camera around and thankfully you can zoom in and out pretty far. The interface is pretty nice too, turns out they had a recent revamp of the entire UI so I'm glad I waited on this one to test.

Amusingly, I got caught-out by a skeleton archer while battling with a skeleton swordsman, so I ended up dying. I couldn't help but laugh when it said "You've levelled up in Dying!". Turns out it's an actual skill—hah! You also seem to get bonus XP when you die from a cause for the first time—I think this game was made for me…

I'm actually quite impressed with it, I'm certainly looking forward to watching this one evolve as it continues development. Hopefully if they get enough testing done, this will be another MMO that gets official Linux support. We could do with more that's for sure.

If you do try it out and enjoy it, might be worth telling the developer so in this forum topic, where you can find the download for Linux. Be sure to tell us what you think in the comments too.

Article taken from GamingOnLinux.com.
Tags: Free Game, MMO, RPG
12 Likes, Who?
We do often include affiliate links to earn us some pennies. We are currently affiliated with GOG, Humble Store and Paradox Interactive. See more here.
About the author - Liam Dawe

Quoting: GuestWhat I see doesn't match the presentation of people it says is behind it ?

It's a small indie team and alpha state, as mentioned.

View PC info
Well, it looks waaaaay better than the cartoonish eyesore that is Albion, that's for sure. I might give it a try and see what it's all about. I don't think it will be a mass-market hit, but their classless system sounds quite interesting.
2 Likes, Who?

View PC info
This is a great little game. Played it in a much earlier alpha version.

You guys should really give it a proper go. Absolutely worth it.
4 Likes, Who?

View PC info
I've sent you a couple of email about the game i think, to invite you to write a proper article.

It's truly interesting, and the community is nice too. Sure it's somehow ugly, but it's not an issue if you prefer to think gameplay over shiny things.
2 Likes, Who?

nate 11 Jan, 2018
View PC info
I've casually followed this project for a while, because (as you said) it is made by two former Asheron's Call developers (my first MMO, which was shut down a year ago). Unfortunately, Project Gorgon is not really like the first Asheron's Call. In AC1, you could create any type of character that you wanted, but you were limited in how many skills you could have by skill points. Your skills' levels were also effected by how you distributed your attribute points. Character creation and choices made early on was a huge deal in AC1. Most people's first several characters were horribly gimped and had to be abandoned. But once you learned to make a character with the right selection of skills/attributes/buffs you could be incredibly powerful and take on whole rooms of monsters at once. The game's very distinct feel was a huge part of its appeal (and its hardcore PK server, Darktide).

So in summary, the main reason I haven't tried it yet is because I know that its not quite like my first MMO, even though its made by two of that game's developers. That being said, I'll still probably try it out at some point, just because we have so few native Linux MMOs. I've also noticed that Shroud of the Avatar (in early access on Steam) has a native Linux version as well, has anyone tried it yet?
0 Likes

View PC info
Someone recommended me this in an Albion article comments.
Forgot the name and recently found it again.
May give this a try.
0 Likes

View PC info
Just from the way it looks, it may be a 15 years old game. Note sure why you would allow to access an alpha like this. I'd call it a pre-alpha instead and let it closed until it feels like a real game at least.
1 Likes, Who?

Quoting: cRaZy-bisCuiTJust from the way it looks, it may be a 15 years old game. Note sure why you would allow to access an alpha like this. I'd call it a pre-alpha instead and let it closed until it feels like a real game at least.

What makes it not "feel like a real game"?
1 Likes, Who?
1/2»
While you're here, please consider supporting GamingOnLinux on: