Super Cane Magic ZERO is a game I showed off a little way back in April of 2016, since then it's had tons of updates and recently a big story expansion.

To remind you of it a little: it's a comedy action RPG that features single-player, local co-op, local PVP and it's made in collaboration with Italian cartoonist Sio. 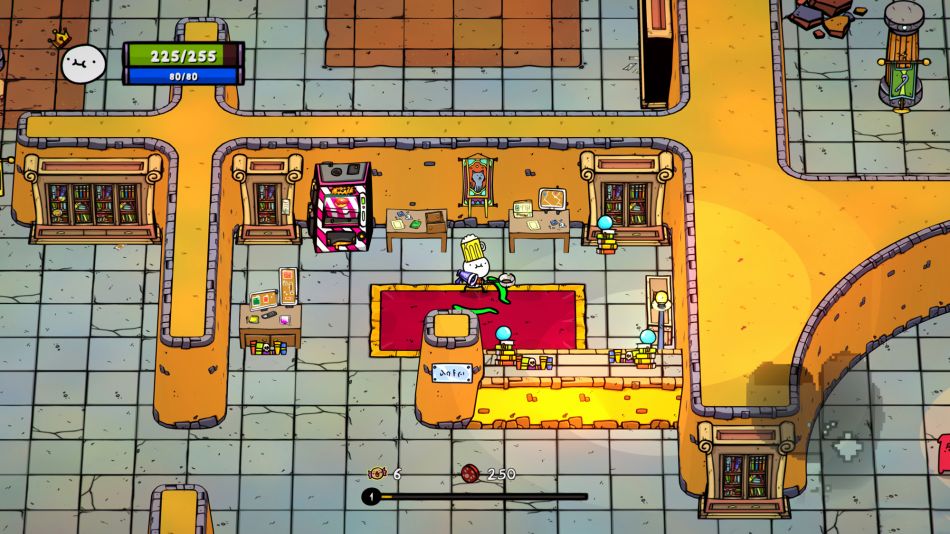 The story is now almost complete, with all side-quests available, all abilities can be unlocked and so on. The only thing you're not currently able to do is the grand finale. On top of that, they've added in more enemies to throw things at, which is a good thing they've also added more items to eat and throw.

They also updated their Unity plugin that deals with different inputs. I remember using a Steam Controller caused the game to think there were two players, but that thankfully is fixed now. However, you can't actually get into the main gameplay. I've held off on writing about this, to give the developer some time to fix it, but it's been left broken since January 2nd. I reported it to them on January 11th and they replied to let me know they would "check this immediately", nearly another week later and it's still not fixed.

To be clear, it will load as far as getting you to pick a character, then it's a black screen due to what seems like them linking incorrectly to a certain required software lib. Just in case anyone quickly boots it and comments "it works for me!".

A damn shame too, I remember it being quite hilarious. Will let you know when they fix it.

Iperpido 17 Jan, 2018
View PC info
They replied some hours ago on twitter, seems like they fixed it, and they are releasing a patch after some more tests.
Yay!
1 Likes, Who?
While you're here, please consider supporting GamingOnLinux on: