Not that we recommend pre-orders, but they're up for Surviving Mars [Steam, Paradox Store] with a brand new shiny trailer that shows off some more gameplay.

In this case, we know it will have Linux support, both Paradox and Haemimont Games have been good to Linux so pre-ordering it isn't all that risky for this one. There's going to be a few different editions for the game too, here's what: 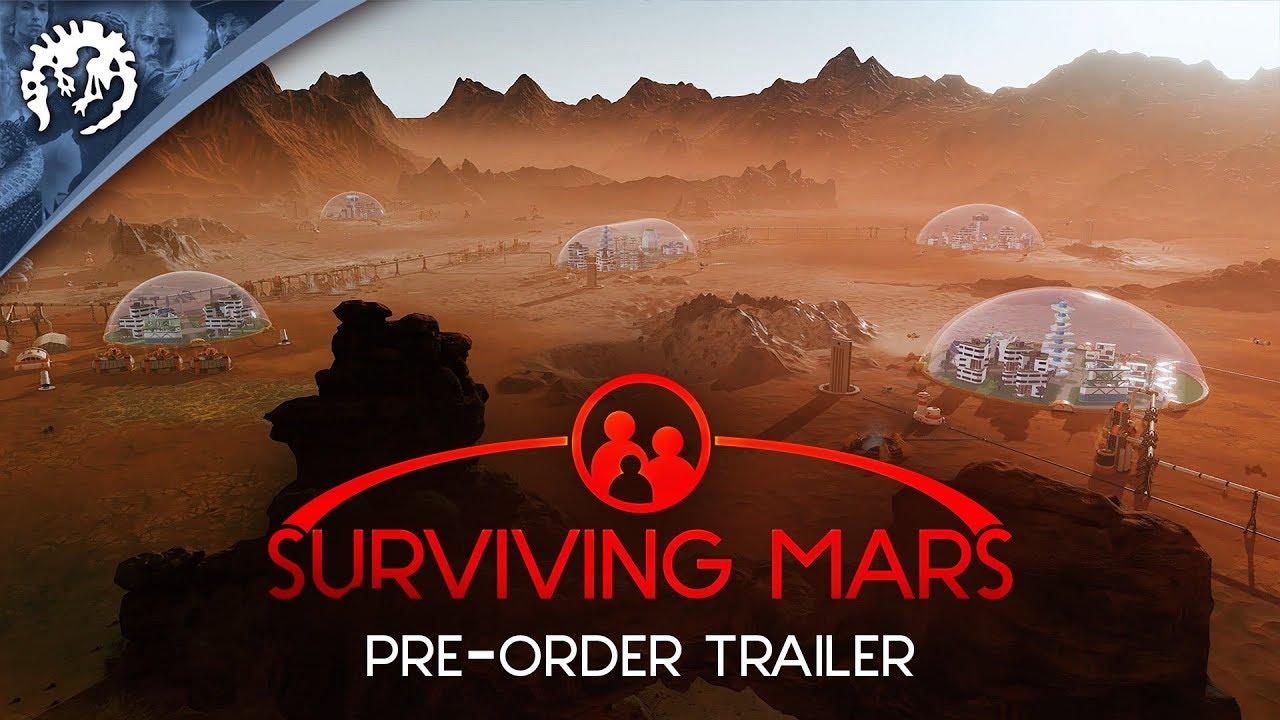 It releases on March 15th, bring it on! Very hyped about this one, looks so damn good. I'm a sucker for city building strategy games and the sci-fi theme is exactly what I love.

View PC info
Well, I'm not going to break my preorder policy for this one! And, to be honest, it sounds fun, but it looks like there are just *too many* fantasist elements for me to like the game. My opinion might change after launch, of course.

Also... Is that a steam notification sound at 1:21? :P It made me triple-check that I didn't have steam already open.
1 Likes, Who?

View PC info
While they have me intrigued, the trailers have not hyped me up to the point of needing a pre-order. While I expect Paradox to faithfully support linux in this case, IMO too little is known about actual gameplay to avoid a possible bust at launch. That is why pre-order is off the table.

Recently, Railway Empire was a game that I enjoyed the trailer and it looked like a good game to buy. I had it on my wishlist and then it was released. However, the game never lived up to it, and had many negative reviews on launch. Railway Empire is now completely off my radar, but may be re-considered if the devs fix the AI and other problems. While this is a completely different game, it illustrates why pre-orders are a bad idea... regardless of the linux support issue.

In addition, the "Season Pass" approach annoys me. An expansion pack used to be done after a game was a success to give fans a little more. (Think Diablo I & II and the original Starcraft; even the Command and Conquer series used to do expansions right IMO) Now it seems to give you an incomplete game with the idea of stringing fans along to have them pay more money overall.

And when a game has pre-planned expansions it usually is incomplete, if development on a certain feature will not be complete by a deadline, they just skip adding the feature until the next expansion. And this can happen easily.

I'll wait for the game is done before I consider buying.
1 Likes, Who?

Quoting: stretch611when a game has pre-planned expansions it usually is incomplete, if development on a certain feature will not be complete by a deadline, they just skip adding the feature until the next expansion. And this can happen easily.

I'll wait for the game is done before I consider buying.

You'll be waiting a long, long time then. Paradox games are known to be updated for many years after release. CK2, for example, is 6 years old and is still getting major updates regularly.

Finally, it's not like they are holding back existing content just so they can charge you more later. Somebody comes up with an idea, stuff nobody even thought of, and it becomes a major update years down the line. Again, for example, Stellaris is getting it's 2.0 update in just a few days which is basically a whole new game. They could easily release it as "Stellaris 2" and charge full price for it, but personally I much prefer this continuously updated development approach that keeps a game alive for a decade or more.

View PC info
Well this is Paradox title, of course I will buy it.
2 Likes, Who?

View PC info
I didn't think I'd be that interested, but the trailer made me think it could be fun. I'll be checking out reviews. :)
0 Likes

STiAT 14 Feb, 2018
View PC info
That looks really cool. While not preordering and knowing Paradox, I'm pretty sure I will have to pick it at some time.
0 Likes

View PC info
Looks fantastic indeed. Love how close you can get to the various objects and characters. Such details (!) means something!
1 Likes, Who?

Ketil 15 Feb, 2018
View PC info
At that price I want to see a few lets play videos of it before I buy.
1 Likes, Who?
1/2»
While you're here, please consider supporting GamingOnLinux on: