Doom (2016) could have been on Linux, id Software made a Linux version sound easy to do

Doom 2016 supports Vulkan and at GDC this year developers from id Software talked a little about it, including how easy a Linux version could have been.

In response to this question from Alon Or-bach (Samsung) around 45:40 in the below video: "One of the hot topics around Vulkan in terms of cross-platform and how much benefit do you find of having one API that's targetting both mobile and desktop platforms".

Dustin Land, a developer at id Software said this in reply:

"So we did Linux dedicated servers for Doom 2016 and a few of us who are Linux heads in the studio decided, let's take it the full way. All we had to do was change the surface that we are creating for the Linux version and it just ran, out of the box and performance was equivalent. Having a small driver actually helps a lot there."

This does beg the question: Why isn't it actually on Linux, if it worked as well as it sounds? Most likely a management decision from someone within id Software or ZeniMax Media. However, it's also possible the developers didn't pitch it of course. We just don't know, either way it's a real shame. 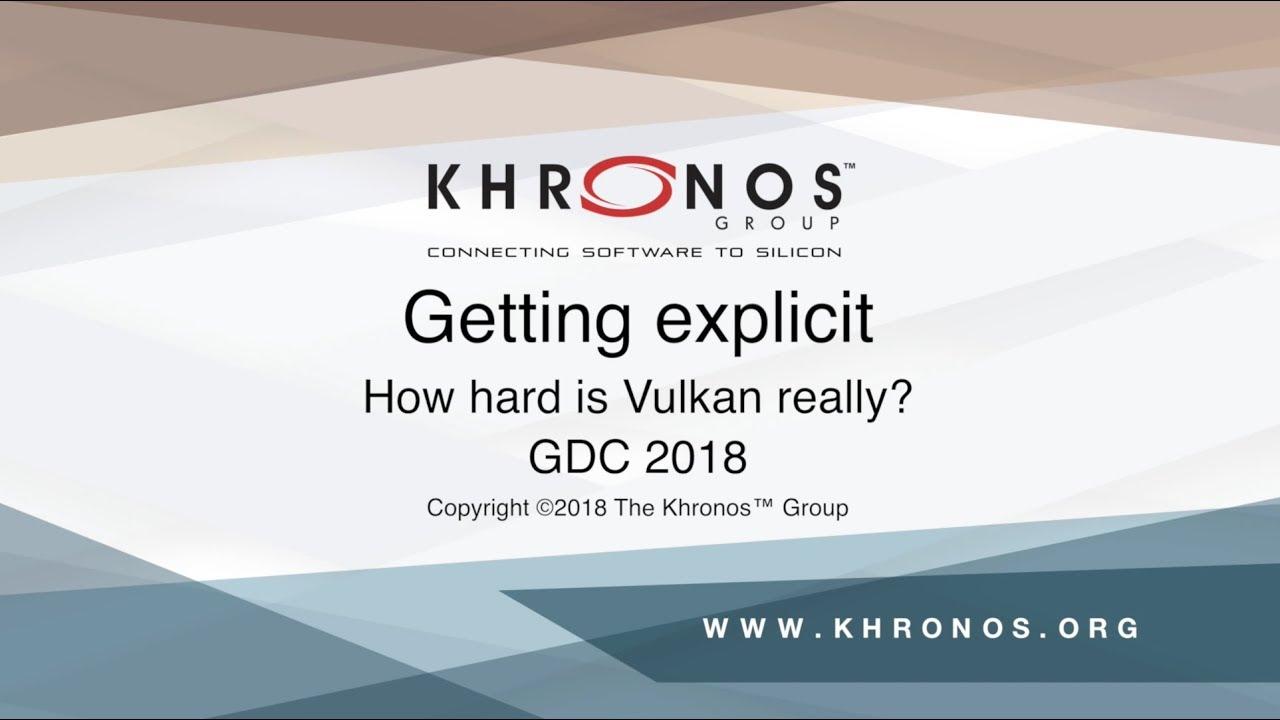 What are your thoughts? I would absolutely buy a copy of Doom if it was on Linux.

Slightly related, on the topic of Vulkan: In these slides from Khronos Dev Day: The Vulkan Sessions, when showing off games using Vulkan a bunch of them are actually from Feral Interactive. It even includes the upcoming Rise of the Tomb Raider as well as their previous Linux ports which have Vulkan support. It's pleasing to see Feral get more recognition for their hard work both in terms of Linux gaming and using Vulkan. 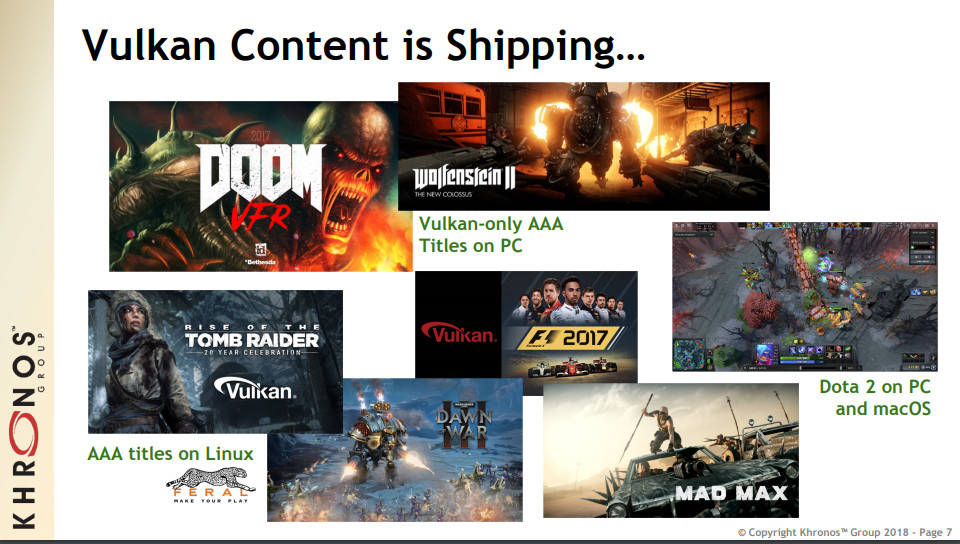 Thanks for the tip mirv!

About the author - Liam Dawe
I am the owner of GamingOnLinux. After discovering Linux back in the days of Mandrake in 2003, I constantly came back to check on the progress of Linux until Ubuntu appeared on the scene and it helped me to really love it. You can reach me easily by emailing GamingOnLinux directly.
See more from me
Some you may have missed, popular articles from the last month:
The comments on this article are closed.
91 comments
Page: 1/10»

View PC info
I would buy it of course!

They're relying on DirectX for sound , input etc. right now , they can switch it to SDL i guess.
9 Likes, Who?

bubexel 24 Mar, 2018
View PC info
For the same reason that games like quake 3, doom 3, quake 2 and others that already have their own linux client aren't on steam for linux. They do games multiplatform in mind but they dont want release it on linux just for unknown reason.

I have to add also the move on quakelive that was fully compatible on linux and they removed it after a update.

Quoting: bubexelFor the same reason that games like quake 3, doom 3, quake 2 and others that already have their own linux client aren't on steam for linux. They do games multiplatform in mind but they dont want release it on linux just for unknown reason.

Because all those were released with unsupported binaries from the start, now old and crusty, and what we have today are third party engines forked from the original source.
3 Likes, Who?

View PC info
Aww man, this is so sad. Especially if it's already done and working. If they don't want to promote it officially, a Linux version in the beta branch would be a possibility. Denuvo is already removed, so please give the Linux version a go!
13 Likes, Who?

View PC info
It is Zenimax which blocks unsupported builds. That's why the "Linux doesn't pay the bill" from Carmack made me laugh at the time.
2 Likes, Who?

Quoting: CorbenAww man, this is so sad. Especially if it's already done and working. If they don't want to promote it officially, a Linux version in the beta branch would be a possibility. Denuvo is already removed, so please give the Linux version a go!

I won't fall into that trap once more.

We need games that are advertised properly , i bought Everspace which has a Linux version but not showing on Steam. Seems like they decided to not to advertise it officially.

So what happened? I bought game and many people bought game for Linux , they got our money. But Linux needs much more game on Steam officially. Because that helps for newcomers but that was not the case with Everspace.
5 Likes, Who?

View PC info
Total must have for me, like the rest of the ID Soft. games
0 Likes
1/10»
While you're here, please consider supporting GamingOnLinux on: