The fun FPS 'Ballistic Overkill' adds more female skins, free to try for a few days and 50% off

Ballistic Overkill is a fun and cheap FPS that I've put many hours into, it's now free to try for a few days and on sale with 50% off if you decide to keep it. The game has been out for a year now (minus a little time for the Linux build), so they're celebrating. 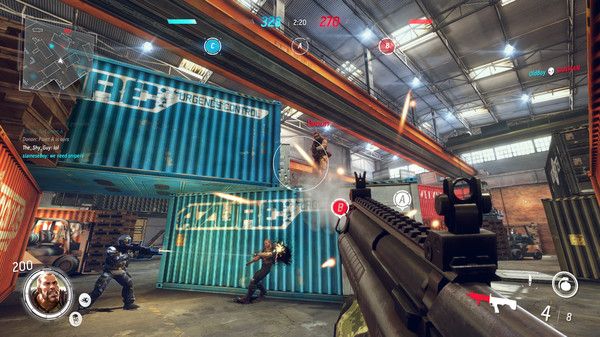 The developer just put out a fresh update today as well which adds in female skins for the Wraith and Tank classes. They say they're working to add more female skins in a future update too. On top of that, they've also added in 238 new weapon skins, allowed you to equip multiple accessories at the same time and previous seasons crates (their form of free loot boxes) are now permanent drops.

I'm hoping they have some bigger updates planned, as it's a very fun game but it sorely needs a few new maps.

Find Ballistic Overkill on Steam, you've got nothing to lose if you try it out.

Article taken from GamingOnLinux.com.
Tags: Action, FPS, Game Sale, Steam
10 Likes, Who?
We do often include affiliate links to earn us some pennies. We are currently affiliated with GOG, Humble Store and Paradox Interactive. See more here.
About the author - Liam Dawe

I am the owner of GamingOnLinux. After discovering Linux back in the days of Mandrake in 2003, I constantly came back to check on the progress of Linux until Ubuntu appeared on the scene and it helped me to really love it. You can reach me easily by emailing GamingOnLinux directly.
See more from me
Some you may have missed, popular articles from the last month:
The comments on this article are closed.
15 comments
Page: «2/2

View PC info
I stopped playing when players were one-shotting me across the map...with a shotgun. I haven't played as many FPSes since, but I started dipping my toes in CS:GO.
0 Likes

View PC info
I have this one and I played it recently. It's a pretty good one. Worth more than the $6 sale price.
0 Likes
hoolaparara@yahoo.co.uk 14 Apr, 2018
Oh many I forgot about the ups and downs of this game, the long wait for players, the excitement when the screen changes, then the crashing disappointment when you realise its the you have been disconnected due to inactivity because it was taking so long to find a game.
0 Likes

Comandante ÑoñardoIs just multiplayer or I can play solo against the IA?

Just multiplayer. And one of the more annoying features is the fact that you can't choose which game mode to join. You get put into a random game.

That was one of the reasons I quit playing this game. I was hoping for a single player training mode so you could learn the classes outside of multiplayer.

Its a little bit confusing. But if you go to the "community servers" section, you can select the game mode you want and pick an official server from the list, similar to the TF2 legacy browser. It should really let you pick on the main menu though.
0 Likes
«2/2