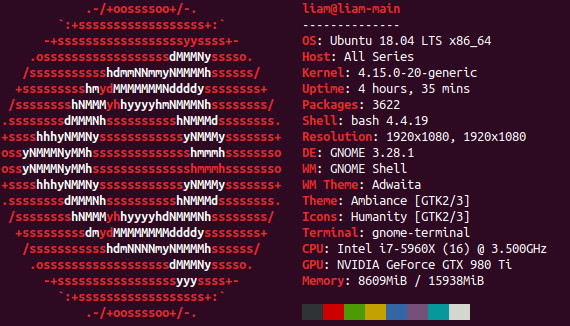 We do often include affiliate links to earn us some pennies. We are currently affiliated with GOG and Humble Store. See more here.
About the author - Liam Dawe
I am the owner of GamingOnLinux. After discovering Linux back in the days of Mandrake in 2003, I constantly came back to check on the progress of Linux until Ubuntu appeared on the scene and it helped me to really love it. You can reach me easily by emailing GamingOnLinux directly.
See more from me
Some you may have missed, popular articles from the last month:
The comments on this article are closed.
358 comments
Page: «14/36»
duhnel 27 Apr, 2018
I love DRM free games!!!!!!! Thanks
0 Likes

View PC info
I love DRM free games. Sure they might not be completely FOSS, but that’s definitely a step in the right direction. Love this site too.
0 Likes

Revived an old Internet meme haha. Congrats to both GOG and GamingOnLinux for partnering up and for promoting the Linux gaming and the DRM free games, both oldies or modern ones !
2 Likes, Who?
akirak 27 Apr, 2018
I want to say that

View PC info
I love DRM free games!
0 Likes
Toric 27 Apr, 2018
I already have it, Its a pretty great game, but a text file takes up a massive amount of space in ram...
0 Likes
« 1«14/36»
While you're here, please consider supporting GamingOnLinux on: